What does your garden look like in winter? What about your hometown?

In a small Flemish town in West Flanders, Alesa Dam usually drives to her daughters’ school to deliver the girls, ages 7 and 5, before heading to her office. But on a day off from work, if there’s “a nice snow carpet,” she says, they sled to school along a scenic path. One day in December, Dam took her camera along:

(N.B.: Do you you have a favorite route that changes with the seasons? Do you take a daily walk in your garden even when it’s buried in snow? If so, send us photos and we may feature your winter walk in an upcoming post. Here’s how: Send photos to [email protected], with a brief description of where you live and how your route became a favorite.) 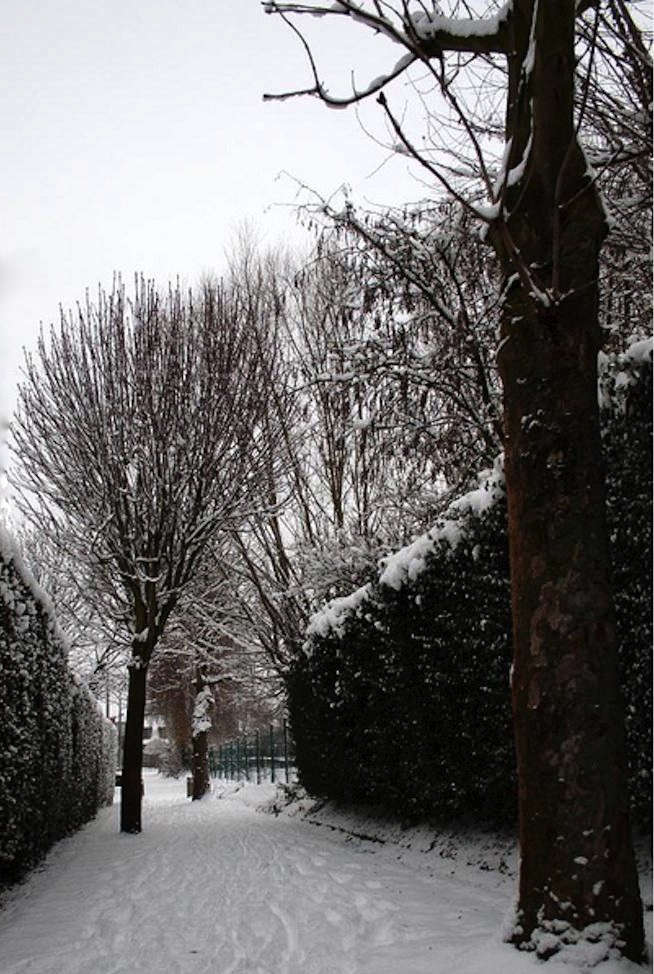 An hour’s drive from Antwerp, Marke is a small town (pop. 7800) on the outskirts of the historic city Kortrijk, which served as a hub for the European wool and flax industries in the Middle Ages. “Remains of human civilization in Marke dates back to the second and third centuries A.D.,” Dam says. Photograph by Alesa Dam via Flickr. 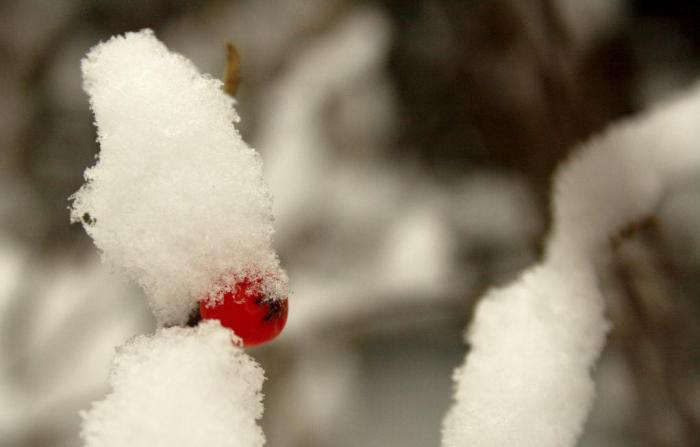 “Winters in this part of Belgium are very soft,” says Dam. “We do get snow every winter season, but it will typically melt within at most a day.” Above: photograph by Alesa Dam via Flickr. 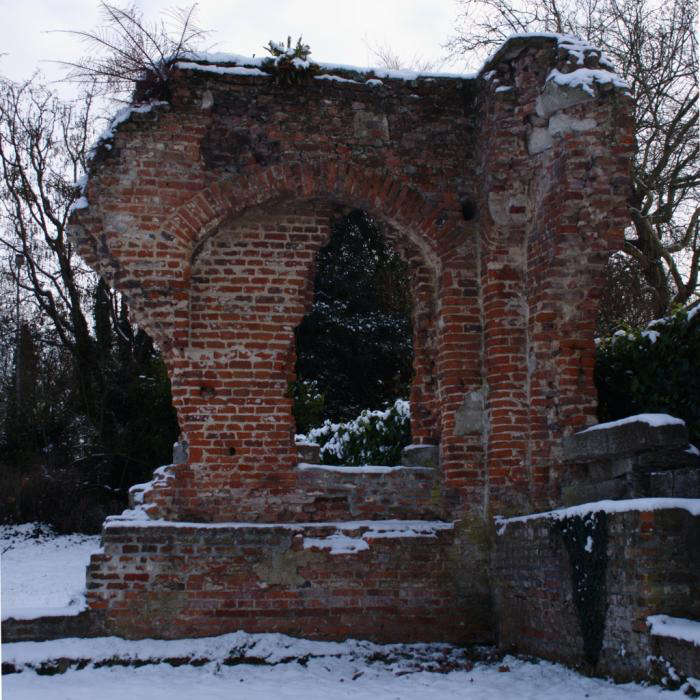 A medieval chapel and leprosarium, where patients’ records date to the late 1400s, was destroyed by Allied bombs in 1944. Photograph by Alesa Dam via Flickr. 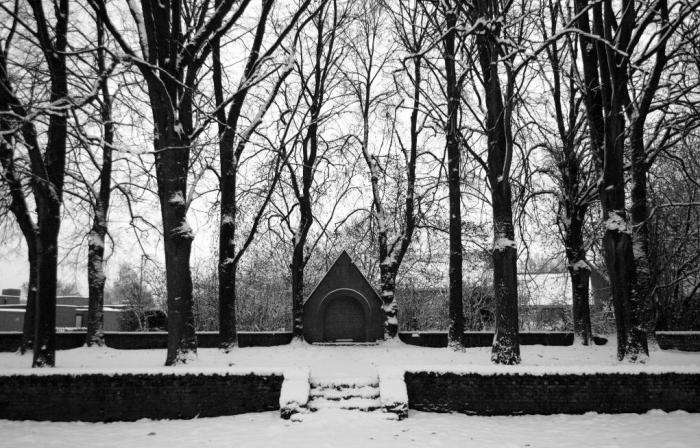 Like many cities in Belgium, each winter Kortrijk floods the main square to create an ice rink during the winter holiday season. “This used to be a German military graveyard, with soldiers from both World War I and World War II buried here,” says Dam. “In 1955, the remains of the soldiers were relocated. This is now used as a playing ground for the local youth clubs.” Photograph by Alesa Dam via Flickr. 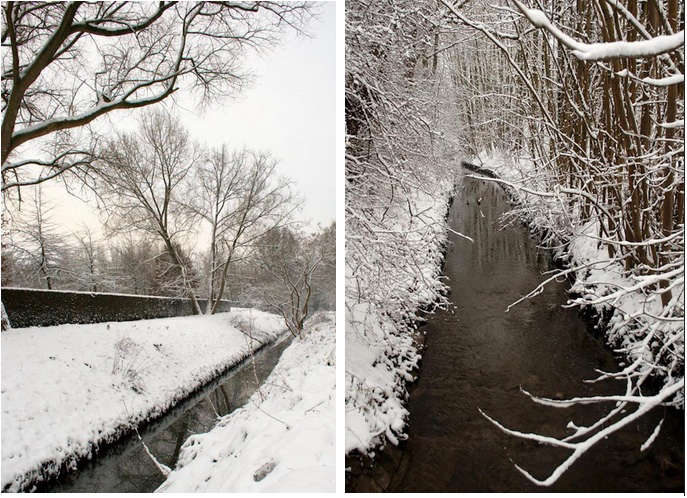 Behind the hedge (L) is the municipal graveyard next to “de markebeek,” the Marke brook.

“It is a rather curvy brook, except for one straight part,” says Dam. It has a path alongside of it called the “markebekepa” (“Marke brook path”), and a road called “markebekestraa” (‘”Marke brook road”). The brook flows into the Leie. 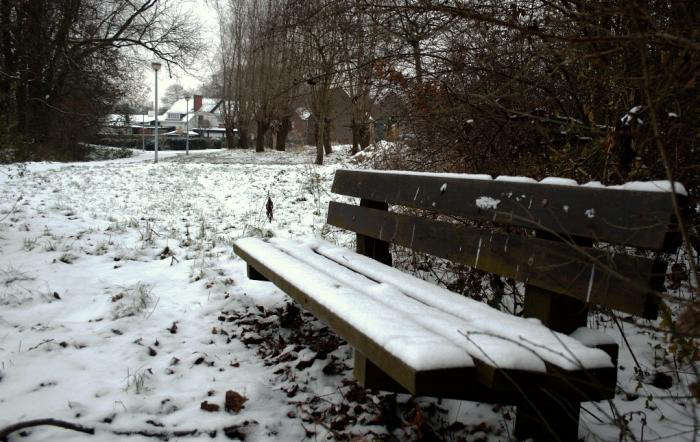 “In the top left corner, you can see a path. That is the ‘markebekepad,’ ” says Dam. “If you take a closer look, you can even see a glimpse of the ‘markebeek.’ It’s on the very left, on the left of the path, covered with trees.” Photograph by Alesa Dam via Flickr. 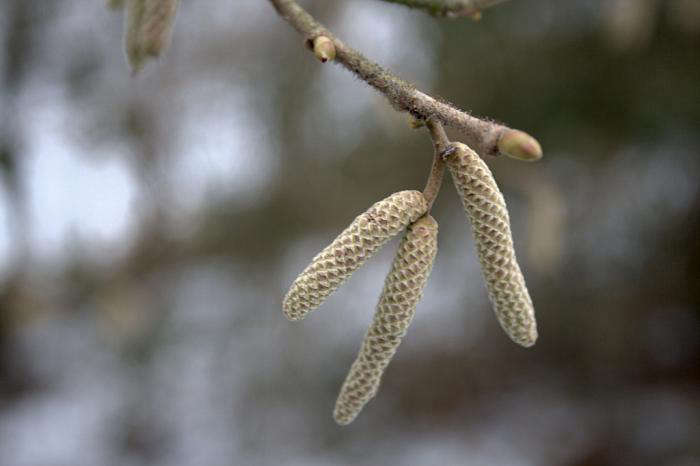 N.B.: Do you you have a favorite hike that changes with the seasons? Do you take a daily walk in your garden even in the snow? Send us photos and we may feature them in an upcoming post. Here’s how: Send photos to [email protected], with a brief description of where you live and how the winter walk became your favorite.

Holiday Shopping at the Remodelista Market