The reclaimed space in Sydney’s Lavender Bay is owned by a railway company and was rescued from dereliction by artist Wendy Whiteley. Seeing promise amid the abandoned refrigerators, she has transformed it into a very personal garden for everybody. Landscape designer Georgina Reid takes us on a tour of the garden, located between Clark Park on Lavender Street and the Lavender Bay rail yard. “People have an emotional response to this garden because it has been created with emotion,” Reid explains. “It feels like an intensely personal space; the scale is human.” 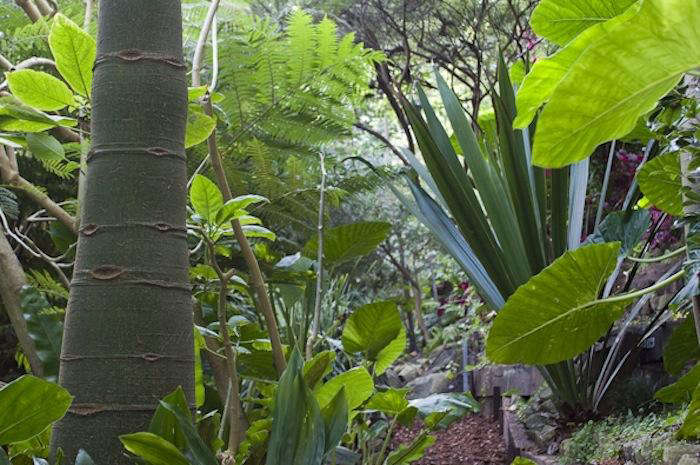 Above: “The sub tropical foliage plants create a sense of enclosure,” says Reid. The green trunk of Brachychiton acerifolius is flanked by the elephant ear leaves of Colocasia, with spines of Doryanthes excelsa, a Sydney native, rising up behind. The Doryanthes produces giant flower spikes of up to 13 feet tall, with spectacular, oversized red flowers. 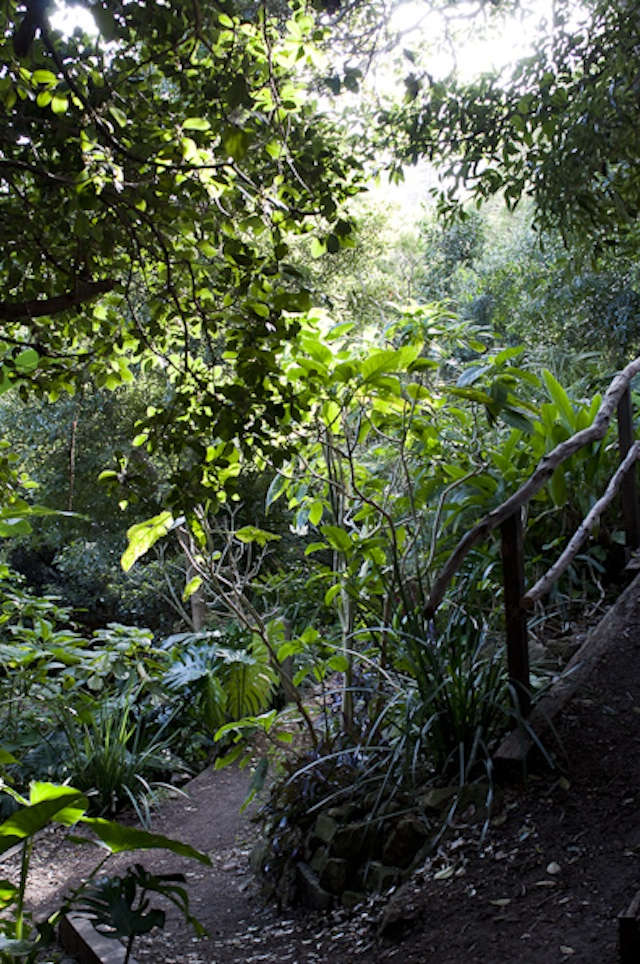 Above:The garden tumbles over a steep hillside, with informal paths made from found materials. “Sculptures pop up when you least expect them,” says Reid, and there are plenty of places to sit quietly. Angel’s Trumpet (Brugmansia arborea) is pictured with the strap leaves of Lomandra longifolia at its feet. 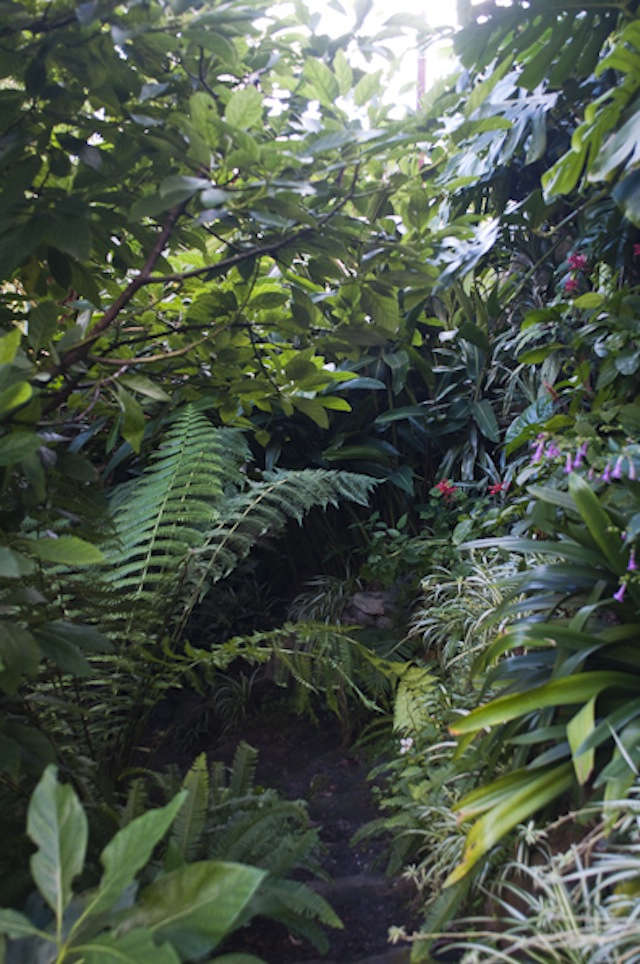 Above: Tree fern Cyathera cooperi, which can grow up to 13 feet tall; it is common in the Sydney bush land. 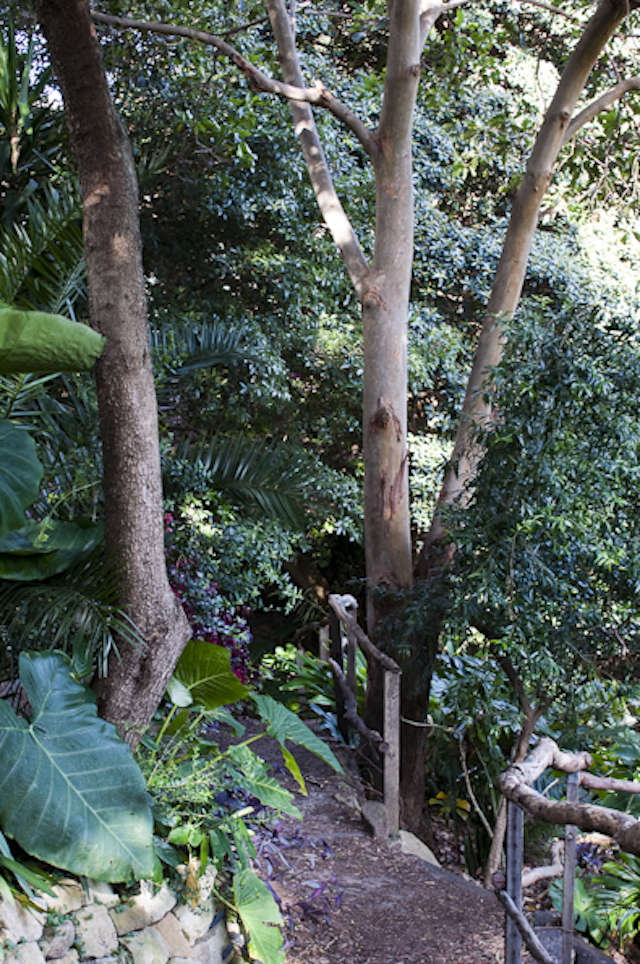 Above: “This is one of my favorite trees,” says Reid of the Angphora costata, on the right. “It can get really gnarled and twisted and grows in the most unlikely places: out of the side of a sandstone escarpment, on about 10 millimeters of soil.” Also known as Sydney Redgum, endemic to the region. 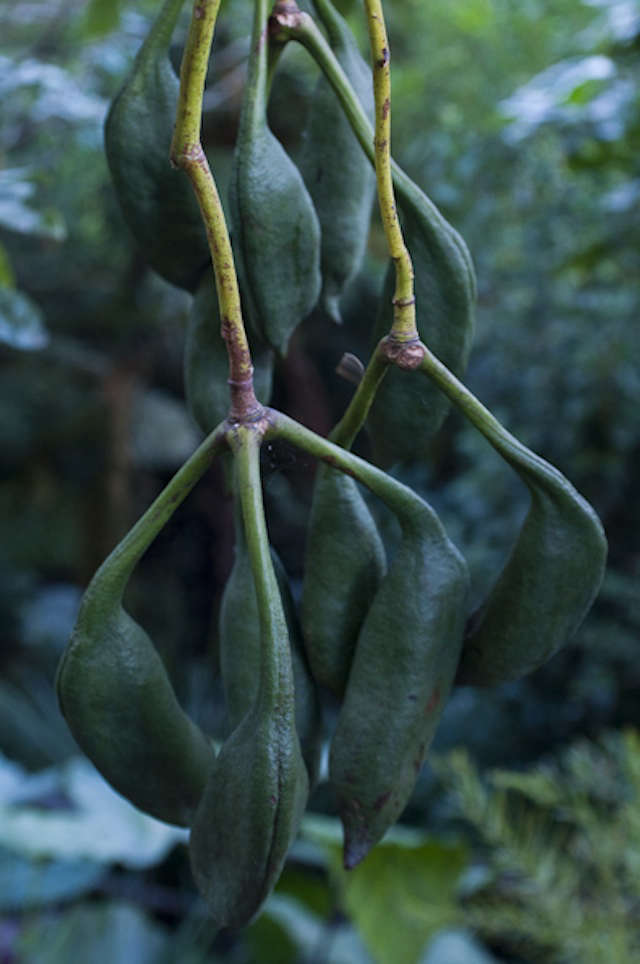 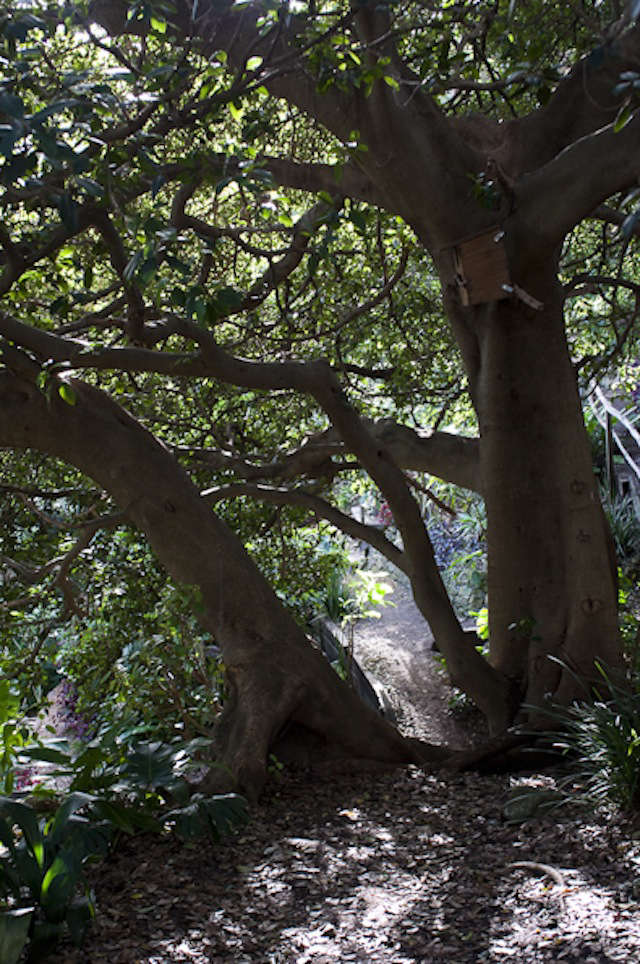 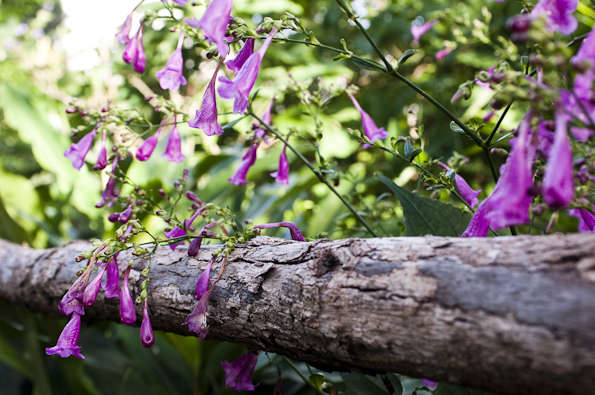 Above: Color and composition in the garden. Clearly the product of an artist’s imagination, this is Wendy Whiteley’s canvas. Reid adds: “I think the reason for its success is that its growth has been guided by love, not by regulations.”

Above: Map via Google.

For another take on Australian gardening, see Joost Bakker: A Dutch Eco Garden Genius in Australia.

N.B.: To read about more things to do in Sydney, visit the Sydney City Guide.

Last Chance to Send In Your Photos