Heading to the beach? While you’re there, collect some seaweed to use in your garden.  For generations farmers in coastal communities such as the Channel Islands have been amending their gardens and fields with it. Rich in nutrients and trace elements like potassium, magnesium, nitrogen, and phosphorous, seaweed can help amend garden soil, and the benefits don’t stop there.

When fresh seaweed is applied to garden beds as mulch, the application can help mitigate weeds, and won’t introduce new weeds or pests the way some bark mulch can. As the seaweed breaks down, it contributes to a lightweight loamy soil. Seaweed can even be brewed into a nutrient-rich tea. We’ve done a little sleuthing and have rounded up six tips for collecting and using seaweed: 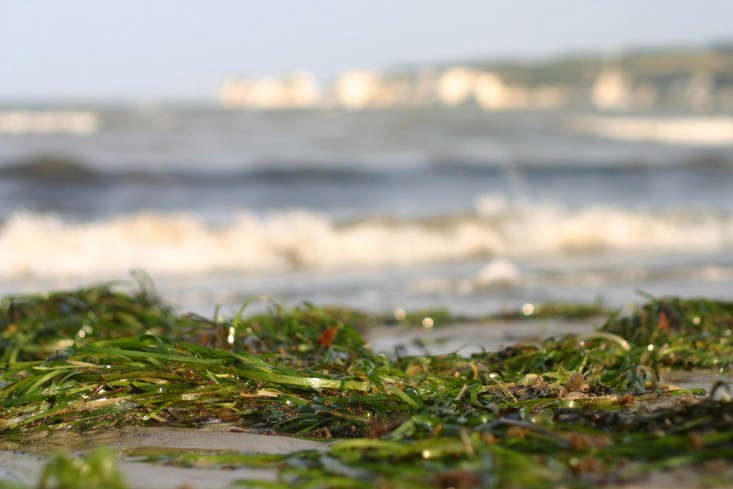 How to Use Seaweed in your Garden:

1. Collect seaweed mid-beach: Says EarthEasy’s Greg Seaman, collecting seaweed from the middle of the beach is your best bet. Seaweed that’s mid-beach is far enough from the water to have had an opportunity to dry out somewhat, but it’s not so dry that land-lubbing bugs have had the chance to get to it.

2. Don’t over-harvest: Seaweed has a crucial role in the ecosystem of beaches, so it’s important not to strip beaches of it entirely. Greg suggests picking no more than a third of the seaweed from any one patch.

3. Use fresh seaweed: According to the Royal Horticulture Society, incorporating fresh seaweed into the garden can be a good substitute for farmyard manure. There’s no need to allow seaweed to dry before adding it directly to garden beds.

4. Layer thickly: Seaweed should be added to gardens in relatively substantial quantities. Greg Seaman recommends two applications of seaweed, each about 4 to 6 inches deep. The Royal Horticulture Society recommends a barrow load per square foot of garden. If you aren’t able to find seaweed in these large amounts, even a small application mixed with compost or other amendments will be beneficial.

5. Add it to your compost pile: According to the Rodale Book of Composting, digging fresh seaweed into your existing compost pile can speed up composting. Existing compost bacteria will feast on the alginic acid in seaweed leaves, kickstarting the process.

6. Make a tea: Fresh seaweed can also be used to brew a nutritive tea. Fill a large bucket with rinsed seaweed and fill with fresh rain or hose water. Allow the “tea” to brew for several weeks, stirring occassionally. Strain the nutrient-rich liquid into a spray bottle and use as an organic (and free) plant food! More details on The Hedge Combers. 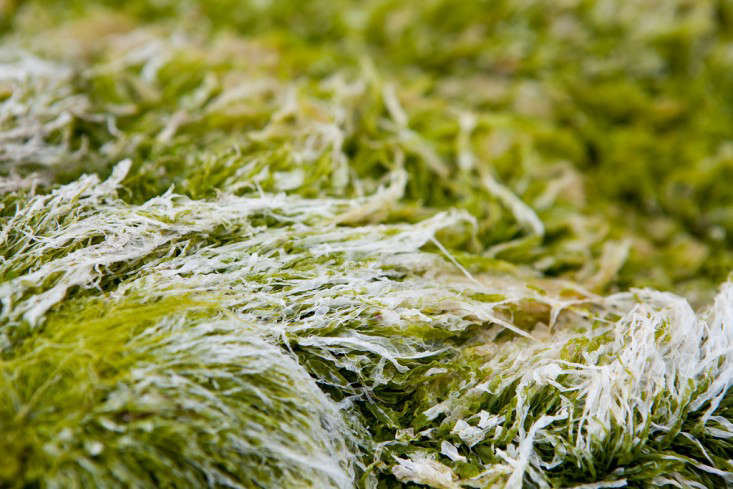 Above: For the least-invasive approach to seaweed collection, harvest seaweed that’s washed up onto the beach naturally. Photograph by Geoff Stearns.

If you’re not near a beach, consider Neptune’s Harvest Fish and Seaweed Fertilizer, recommended by Brooklyn gardener Marie Viljoen in 10 Secrets for Growing an Urban Balcony Garden.

The Rodale Book of Composting

Sand Ginger: An Unusual Herb to Grow and Eat at Home