Paul Gauguin may have had to flee France for Tahiti to find his painter’s paradise, but Carolyn Murphy need only retreat to her own garage.

The model and actress–yes, you’ve seen her, in addition to appearing on Vogue and Sports Illustrated covers, Carolyn has been the face of Estée Lauder since 2001–lives in Santa Monica with her 11-year-old daughter, Dylan, and their dog, cat, rabbit, and chickens (plus horses that are stabled nearby). The mother and daughter share an artistic bent, so when they moved into a 1920 Spanish Colonial house, they targeted the freestanding garage as their studio. Decorator Schuyler Samperton was happy to take care of the transformation, which she miraculously executed from first shopping trip to complete finish in three days flat. 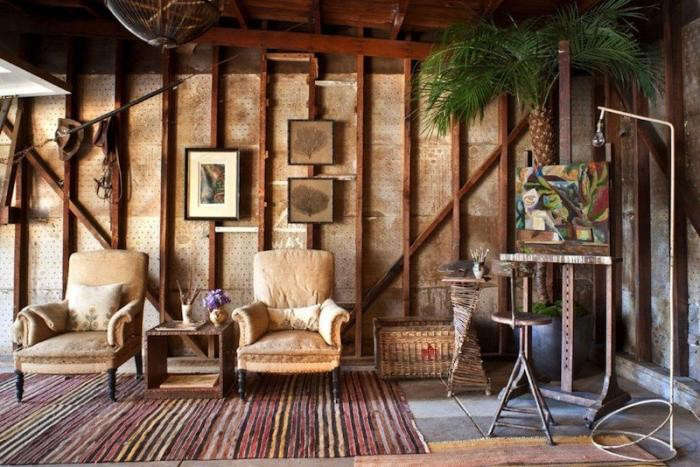 Above: Some of the best finds, including a pair of stripped-down French armchairs and metal lamp, and an American inlaid wood easel came from Galerie Half on Melrose Avenue. The wood bird cage, used as a light, is from Nicky Kehoe. Carolyn and her daughter treat the space as an all-purpose refuge. They draw, paint, and sculpt in it, and hold monthly Stitch and Bitch gatherings in which, says Carolyn, “other women and kids hang around and get creative.” 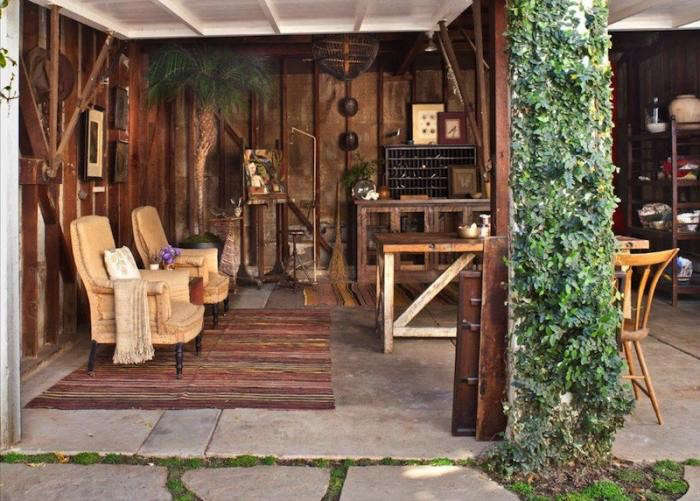 Above: After the garage was freed of the usual accumulations–discarded furniture, surfboards, and boxes of Christmas ornaments–charmingly rustic wood-framed walls and concrete floors emerged. They were simply left as is, including a patch of graffiti that reads “Zorro was here.” Taking her cues from Murphy’s fondness for well-worn antiques and her naturalist bent (she lived for a time in Costa Rica and says, “if I weren’t in fashion, I’d be a botanist or a shaman”), Samperton created what looks like a jungle retreat for a 19th-century artist, one with far-ranging interests and tastes. A kitchen garden filled with herbs, leaf greens, peas, and melons is right out front. 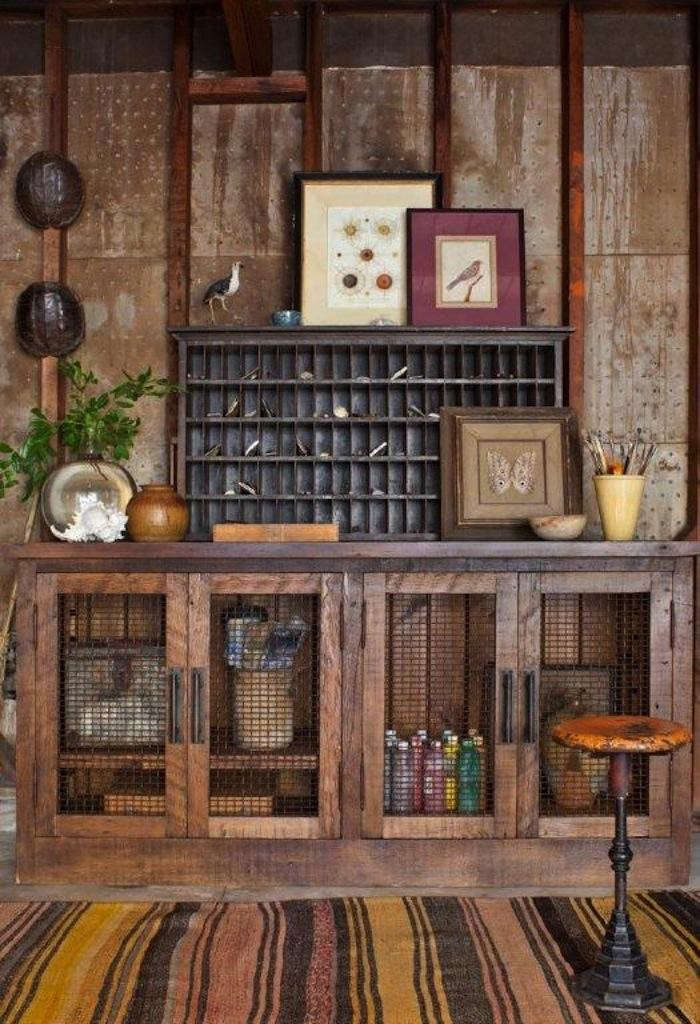 Above: Art supplies are stashed in a reclaimed wood cabinet from Big Daddy’s Antiques. The striped kilims and botanical prints and specimens are from Nicky Kehoe. The box turtle shells–not from endangered species, Samperton assures us–were discovered on the website The American Headhunter. 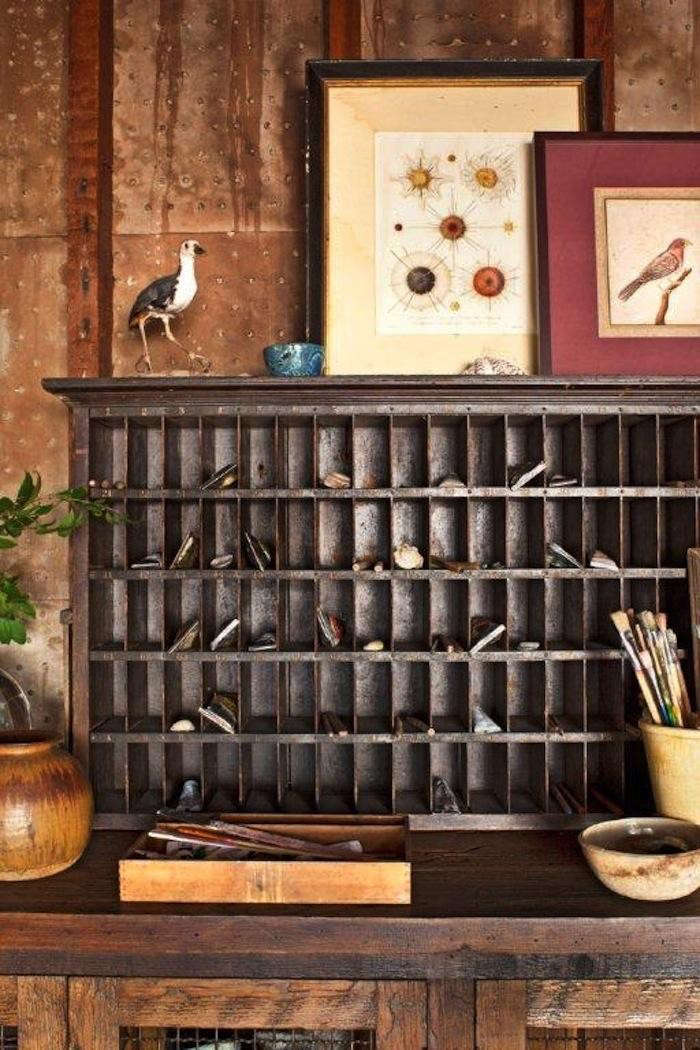 Above: A vintage hotel letter holder from Big Daddy’s holds tubes of paint .

N.B.: See more of our favorite garages in our Gallery of rooms and spaces.

Outbuilding of the Week: A Backyard Writer’s Shed by Weston Surman & Deane