A family-run farm in Australia’s New South Wales is a blueprint for sustainable pig farming: rare breed Berkshires roam around 100 acres of pasture, eating–among other things–grass and dirt. In return they fertilize and rotovate, repairing the earth as they go.

Photographs by Gary Radler, except where noted. 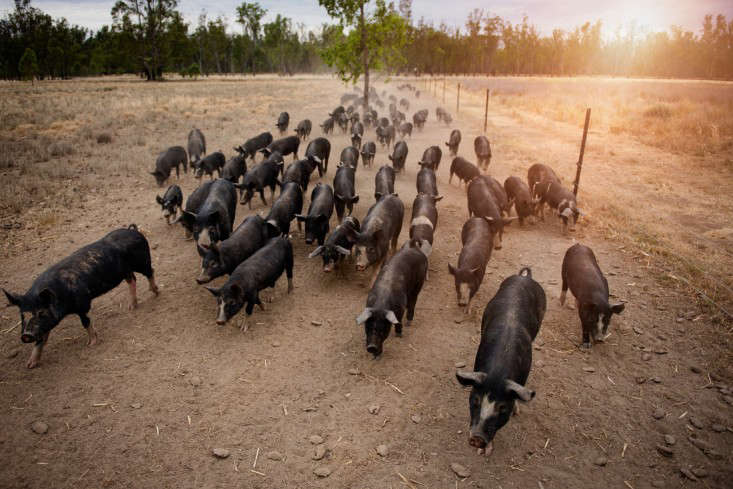 Above: The Berkshire pig is an English rare breed, noted for flavor. It is a gentle and hardy breed. Supporting rare breeds helps to keep them relevant: eat them and they will survive, strange as that may sound.

Lauren and Lachlan Mather, the couple behind Bundarra Berkshires, are keen on the idea of choosing meat more carefully. Their motto? Eat a little less; pay a little more. 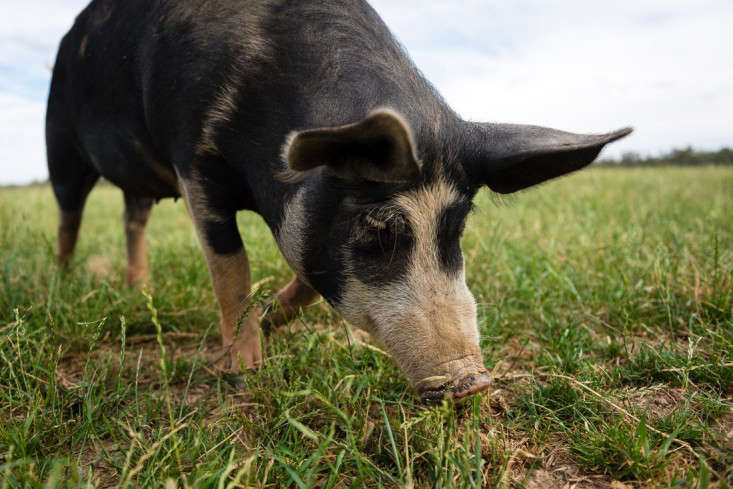 Above: Waste not, want not, is part of the appeal of pigs and their diet is supplemented from outside sources including a vegetable farm, wholesale market, foodbank, citrus plants and, rather glamorously, with seconds from a local avocado grower.

Pigs naturally improve the land, fertilizing it in their own way and lightly turning it over through rooting. While aiming to improve the soil structure, the Mathers keep the pigs on the move, never staying in one paddock for too long. While they feed on grass and grains, the nutrients gleaned from munching pasture are an important part of their diet. This in turn impacts their own flavor, as the clay-based soil is high in minerals.

Above: The Bundarra Berkshires live in a low-stress environment. Expectant mothers are given requisite shots but otherwise drugs are avoided. Antibiotics have not been administered for several years, a record of which the Mathers are proud. Photograph by Cassandra Jade. 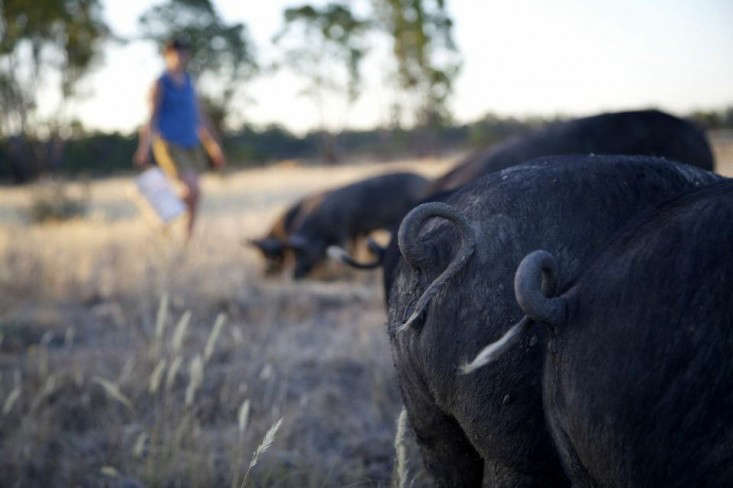 Above: Pork is sent out vacuum-packed and boxed, with a myriad of options. For most of us, ignorant of butcher’s cuts, a photo gallery on the online shop eases the decision-making process. Bundarra is particularly well-known for its nitrate-free dry cured bacon and pork and fennel sausages. Both are available in the Spring Pig Pack, which also includes a roast and a surprise cut for $80 AU. A quarter, half, or whole pig can also be ordered by filling out the online Order Form. Photograph by Jayme Collins. 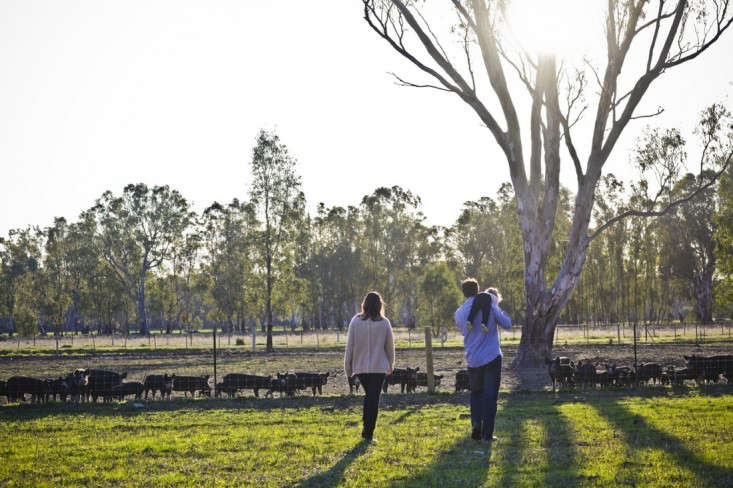 Above: Bundarra Berkshires also sells direct from the farm, at local farmers’ markets and at a retail outlet in Melbourne, Pope Joan. As there are no preservatives used, Lauren advises quick consumption after a vacuum pack is opened to prevent spoiling, “because real food is meant to spoil.” Photograph by Cassandra Jade. 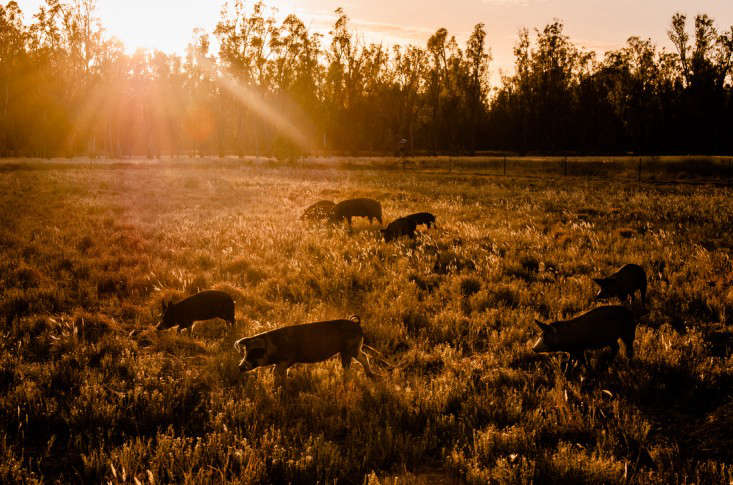 Above: When it comes to dealing with food waste, pigs are a very sensible idea. A high proportion of our leftovers go to the landfill, increasing the emission of methane into the atmosphere. And yet it is not unheard of in some countries including the UK to import pig food from overseas. Start small: get a pig.

Or chickens, especially if you live in town. See Are You the Only Person Not Raising Chickens in the City?