What does it take to weather proof a garden against the worst storm of the century? New York City’s High Line Park, a tourist magnet built 30 feet above ground–and directly in Hurricane Sandy’s path–sustained almost no damage to its plantings, thanks to good design and advance planning. You can protect your garden against bad weather too. Here’s how:

This is the first in a series of stories this week about how to prepare your garden to weather bad weather. Next: tree care tips from the Brooklyn Botanical Garden’s expert arborists. 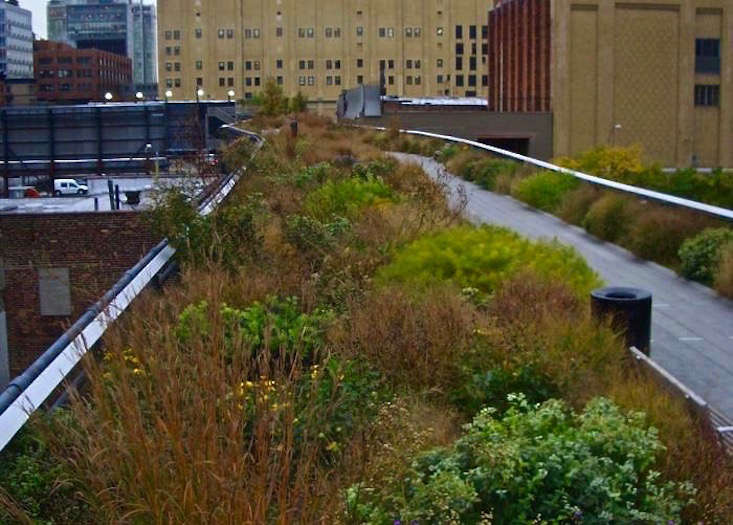 Above: An early morning photo taken on the High Line three days before the hurricane hit shows the park in full autumn mode but, actually, it didn’t look all that different afterward. Photograph by Jeanne Rostaing.

While other city parks along the Hudson River sustained significant damage, the High Line’s 395 acres of perennials, shrubs, and young trees were practically untouched because of careful plant selection, a strategic planting scheme, and some unobtrusive anchoring. 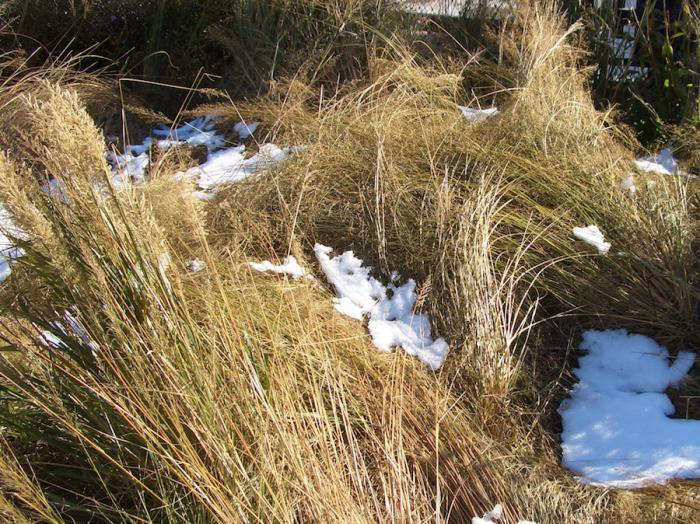 Above: The High Line also gracefully weathered a second storm last week when a nor’easter blew through town with 50-mile-per-hour winds and dumped three inches of snow on most of the city. Two days later, the only evidence on the High Line was a little snow here and there. Photograph by Jeanne Rostaing. 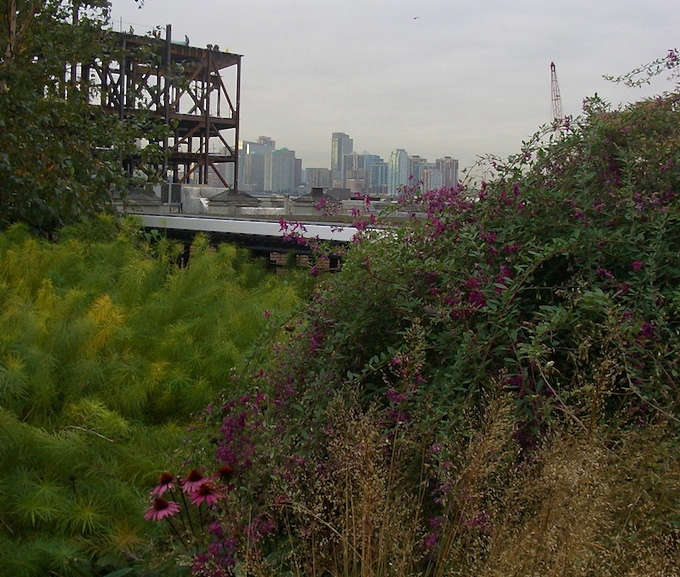 Above: To weatherproof your garden, plant shorter grasses and perennials in exposed areas; if possible, site trees and taller shrubs in protected areas. Nearby buildings provide protection for the High Line garden, designed by Piet Oudolf. Photograph by Jeanne Rostaing.

To prepare for bad weather, you can anchor small or fragile trees; on the High Line young sumacs were tethered to nearby railings before the storms hit.

Exposure to windy conditions will toughen plants. On the High Line, the fact that the plants live 30 feet in the air means they’ve already developed a lot of tolerance for harsh weather. To toughen young plants, you can train a fan on them, as growers often do, to help them develop stronger stems and branches.

The High Line is itself a symbol of resilience. Elevated tracks built in the 1930s to carry freight trains through the city were abandoned after train traffic was halted in 1980. By 1999, the tracks were threatened with demolition. A community organization saved the structure; the first phase of the park opened in 2009.

For the High Line’s many visitors, the storm has caused a few temporary changes. Currently the park is only open during daylight hours, and there is no elevator service at park entrances; mechanical systems located in underground vaults were flooded during the hurricane. No electricity means no lights, so the park is now open only from 8 am to 5 pm until further notice. For the latest information, The High Line.