Here’s what bothers author Nicolas Soulier: At some point in time, we stopped feeling like streets were part of our common environment–we stopped strolling along them, stopped playing stickball in them, stopped sitting on our porches to call out to neighbors passing by–and when that happened, our lives narrowed and our communities became sterile.

This is the central premise of Reconquérir Les Rues. Soulier, an architect and urban planner who lives in Paris, wants to take back our streets, as it were. The book’s title translates to “Reclaiming the Streets,” and in it Mr. Soulier lays out an action plan for making streets, roads, lanes, alleys, and sidewalks friendlier to pedestrians, bikers, and neighborhoods.

“We can reconquer our streets without demolishing or rebuilding everything,” Mr. Soulier promises. 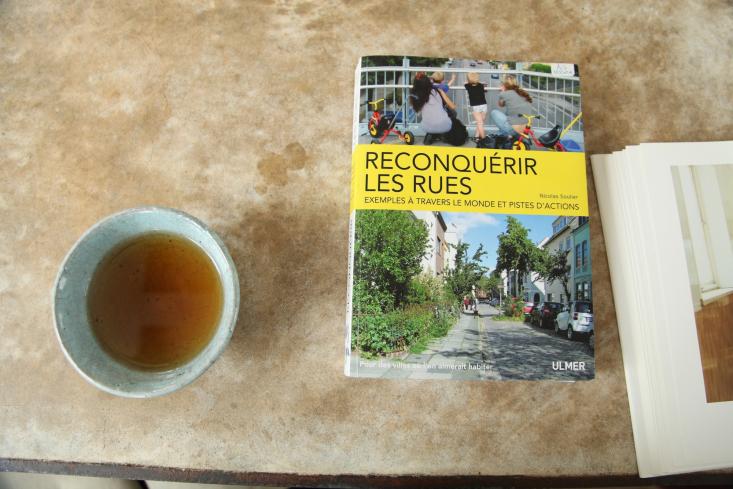 Above: Reconquérir Les Rues (Broché) by Nicolas Soulier is â‚¬24.70 from Amazon.fr. Photograph by Alexa Hotz for Gardenista.

Above: Photograph via Reconquérir Les Rues.

Soulier describes case studies–in such countries as Japan, Germany, Denmark, and the US–where urban planners made good decisions that encourage residents to inhabit streets as an extension of their living space. “Split” streets with medians for parking (and to slow down traffic), bike and running lanes, and islands of plants are features traffic engineers should routinely incorporate into designs, says Soulier.

Above: Photographs via Reconquérir Les Rues. 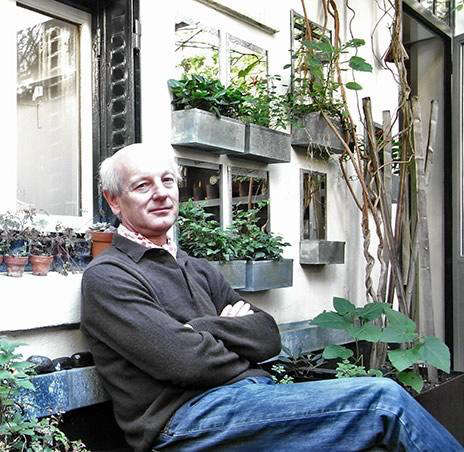 Above: Author Nicolas Soulier at home in Paris.

For more about the book, visit Nicolas Soulier.

For more of Soulier’s work, see our previous posts A Ceramicist and an Architect in Paris and Design Sleuth: Mirrored Planters from Paris.

A Romantic Garden at the Edge of the Sea in France

How to Eliminate Boxwood Blight: Plant a Different Shrub