Many of us grow herbs at home and most of us cook with fresh herbs and use spices in our everyday kitchens. Thyme, bay, cilantro, cinnamon, and black pepper are deeply familiar. Those herbs are native to the Mediterranean and Europe, the spices to South Asia. What if you tasted something new and learned that it is not only delicious and very versatile, but native to North America? Two native spices that many gardeners can grow are prickly ash and spicebush, both small trees. Despite their native status, they have remained below the mainstream culinary radar. That should change.

Prickly ash is a thorny little tree with compound leaves whose unassuming appearance hides a flavor powerhouse. Its tender leaflets and peppercorn-sized fruits are intensely aromatic. Here is why: Zanthoxylum americanum (prickly ash) and its Southern cousin Z. clava-hercules (Hercules club) are cousins of Sichuan pepper, the fruit that is produced by Asian species of Zanthoxylum. Their tongue-tingling, citrus-tasting fruits are a dead ringer for the real thing.

The drupes of the Asian species are known variously as Sichuan peppercorns, Japanese peppercorns, and sansho, among other names. The North American species have very similar characteristics (and have long been used as medicine by Native Americans).

Prickly ash are exceptionally hardy little trees, growing in USDA zones 3 – 9. Both native and Asian species grow well in full sun or dappled shade, but more sun means more fruit. Females tend to be self fertile, but having male and female will ensure more fruit.

Nurseries may not know what sex they have until the plants are more mature. If you receive a male, its leaves are highly aromatic and useful, regardless. Eat them whole when tender and use the mature, tougher leaves in marinades and for grilling.

Prickly ash is listed as endangered in several states, due to development and deforestation. It is an ideal candidate for gardens in its range as well as for forest farming (and the amplification of a native spice industry).

In Japan the unripe, green prickly ash fruits are known as mi sansho, and their flavor is piercingly bright. I use the entire raw fruit, not worrying to remove the still-juicy seed inside.

To remove the seeds (which harden as the fruit dries), simply shake them out when the husks split. 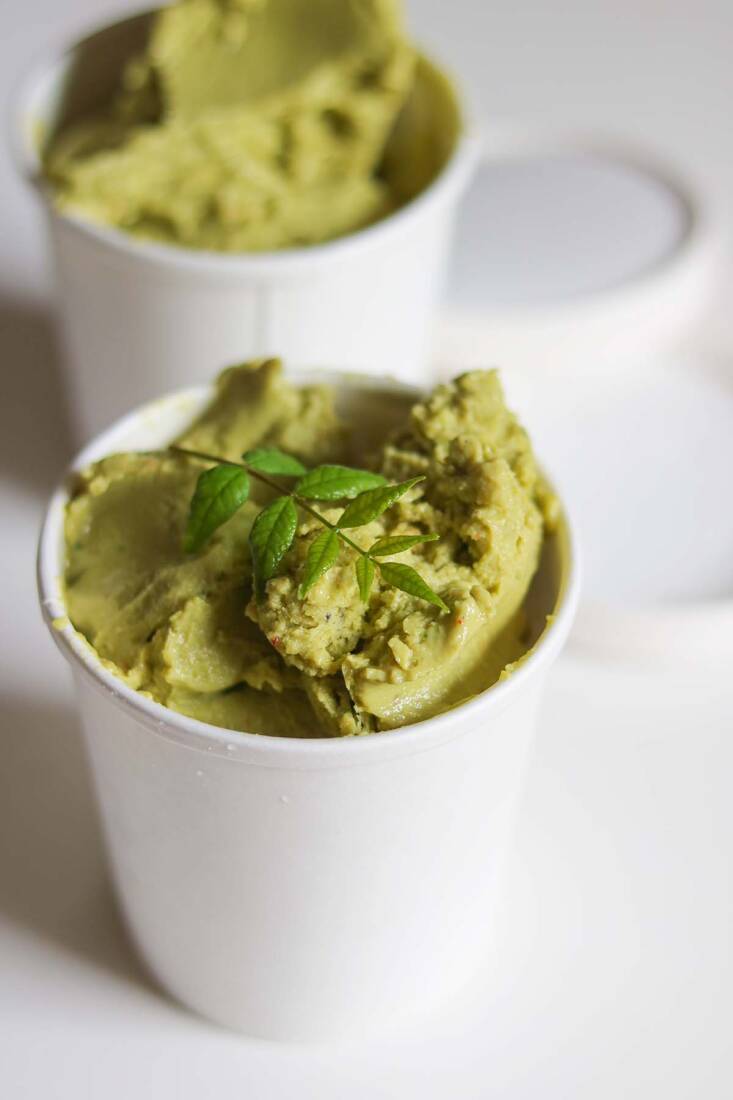 I created this surprising and savory ice cream in springtime, when avocados were affordable and my prickly ash leaves tender. It is delicious as an appetizer, or scooped into the middle of a chilled soup.

In a food processor pulse together the avocado meat with the buttermilk, lemon juice, prickly ash, salt, and chile until smooth. Taste. Add more salt to taste; flavors will be muted by the freezing process. Scoop into an ice cream maker and churn until frozen (faster than most ice creams, in my experience, around 20 minutes).

Like prickly ash, spicebush (Lindera benzoin) can be used fresh as a herb, or dry as a spice. The small understory tree is the delicate harbinger of spring in the eastern woodlands, its fretwork of branches lighting up the leafless landscape.

The small trees produce an exciting aromatic that I use more often than familiar cinnamon, or cloves, or allspice. Despite one of its common names (Appalachian allspice), spicebush does not taste like allspice at all. Instead, it suggests orange peel, with fresh black pepper and a backdrop of delicate resin. This throws open a lot of culinary doors.

Midsummer’s green drupes on female plants are brightly flavored, and by late summer they have ripened to brilliant crimson. Both stages are useful, with distinctive aromas.

The fruit can be dried and then frozen to use throughout the year. It maintains its flavor exceptionally well. Spicebush is as useful in savory applications as it is in sweet baking, dessert making, or drinks. This indigenous spice holds universal potential. It belongs in every kitchen.

Drop fresh spicebush twigs into a simmering stew, or place them in a jar of sugar; they will imbue both with their citrusy aroma.

When the first spicebush leaves appear, add them to salads while they are tender and chewable.

By summer the mature leaves add flavor to grilled meats or infusions.

Grow spicebush in USDA zones 4 – 9. If the goal is fruit, both male and female shrubs are needed. Spicebush prefers moist but well-drained soil and will grow in high shade, semi-shade, or full sun. It is tolerant of acidic and slightly alkaline soils. The fruit provides food for birds and the shrub is the exclusive host for the larvae of the spicebush swallowtail butterfly.

Get Marie’s recipes for:

Trending on Remodelista: Meet the Tastemakers

Let the Sun Shine In: Cattail Pollen in the Kitchen

The Garden Decoder: What Is ‘Mini-Forest Gardening’?

Ask the Expert: Edwina von Gal, on How to Help the Birds