Before Neil and Akiko were based in Gunma, Japan, we all lived together in a single-floor flat in San Francisco. Today they are constantly on the move, traveling through France, Ireland, Estonia, Latvia, Slovenia, and Switzerland. They’re those peripatetic friends whose lives you would be completely envious of if they were anyone but the most considerate and inspiring people you knew. Akiko, an accomplished photographer, documents her travels on old blue crow, her blog that acts as a virtual postcard for the rest of us. Which brings us to her recent hike across the Soni Highland of Nara Prefecture in Japan.

“It was our first time to take this hike or even to go to Soni Village. Neil found this highland almost by accident and we happened to be traveling around Nara prefecture, so we decided to stop by and see what it was like,” says Akiko. “When we got there, I couldn’t believe we were in Japan.” 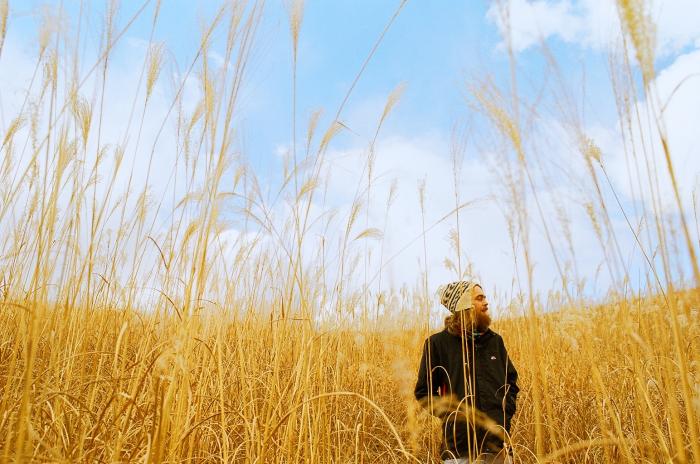 “I’ve never seen any landscape like that before. The whole field was covered with the tall grass called susuki, which is one of the symbols of autumn. In autumn, we have a special day called Jugoya where we celebrate the full moon, and susuki is very important for that event. When the sun shines, the grass looks like a golden feather.” 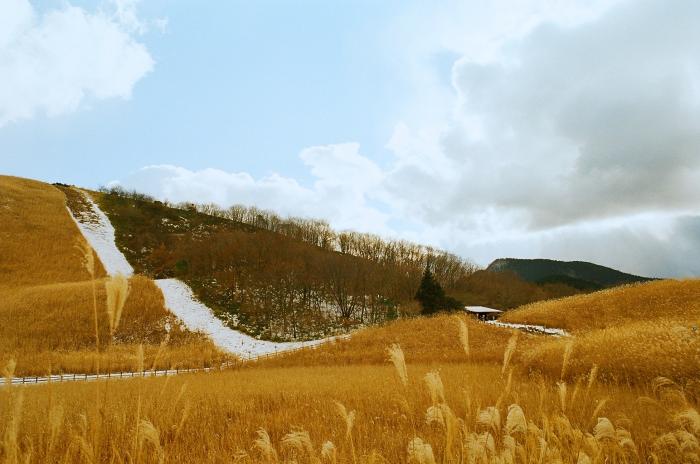 “Japan is so mountainous and they’re mostly covered with trees so it’s rare to find an open area like this one. Plus, it was just us out there with nobody around, which never happens when you are in Japan.” 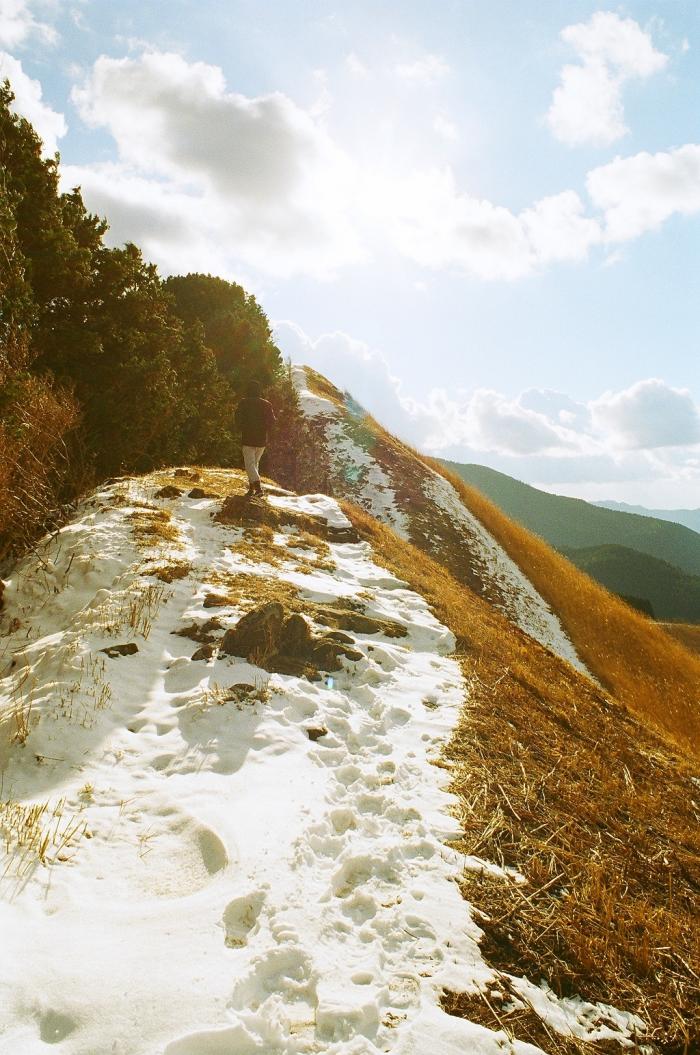 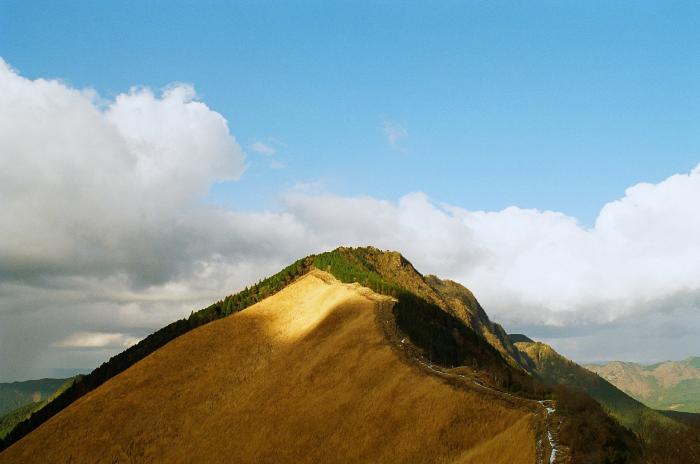 “When the sun shined on just the tip of the peak, it was magical. The day before this hike was a snowy, cold day and by the time we finished, it had started to snow again so we were lucky to see some blue sky.” 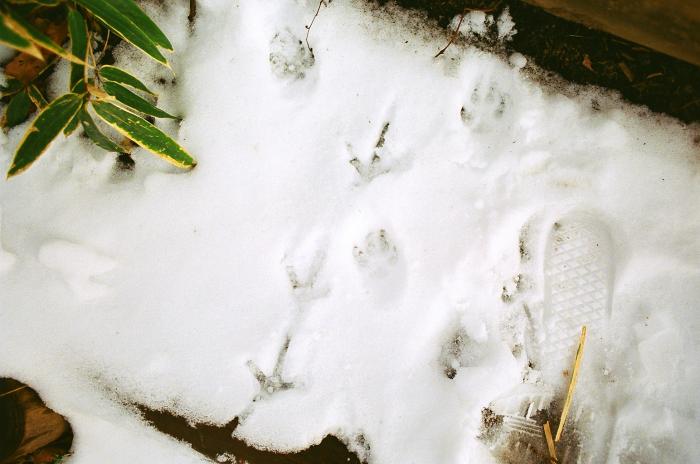 “On the steps I found some footprints of a bird, Tanuki (a Japanese raccoon dog), and a human all together. Cute cute.” 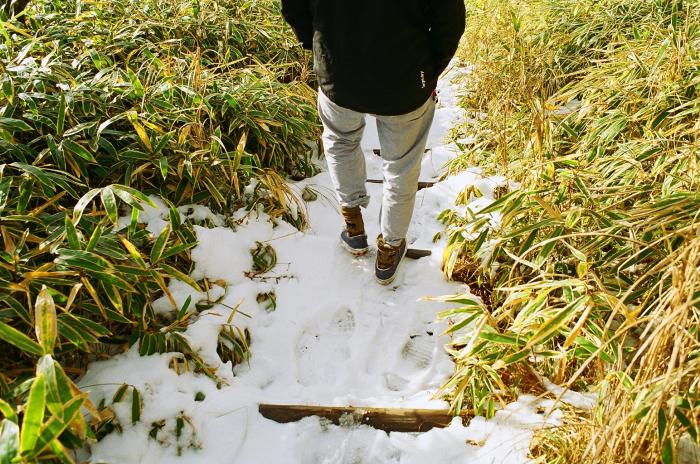 Above: “Some parts were more rocky and steep, but mostly it was really easy. The ground was muddy because of the snow, but in the end, the snow cleaned our shoes so it was okay.” 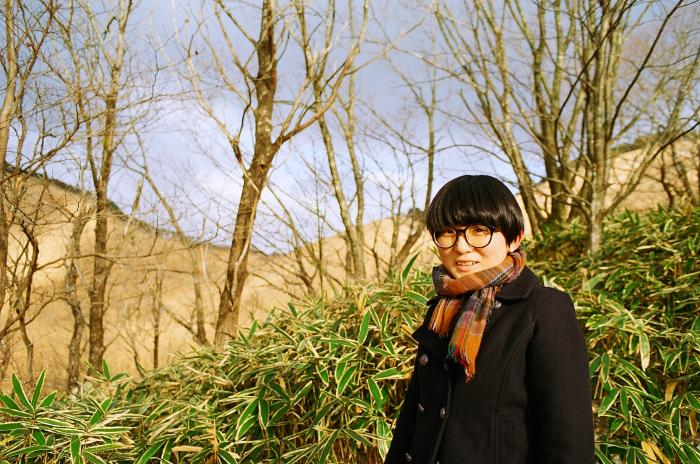 Above: Neil turns the camera around on Akiko for a portrait. “It probably took us about two hours to do the hike, but I usually stop quite often to take photographs.” 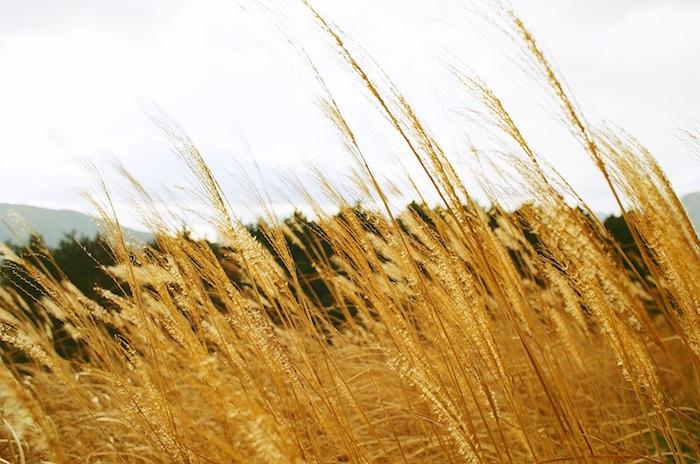 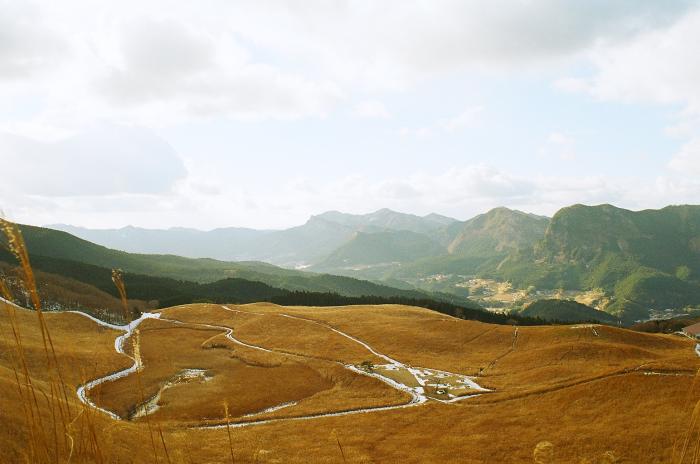 Above: From the top of the highland, you can see Soni village (chosen as one of the most beautiful villages in Japan). Simply put, there is nothing ugly in Soni—no huge factories, tall buildings; the people are very proud of their land and put forth a lot of effort to maintain nature.” 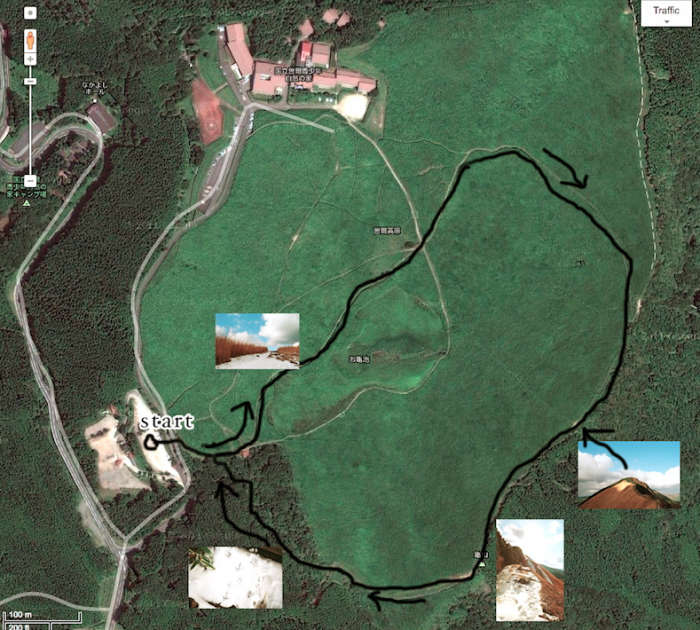 Above: A map of the Soni Highland drawn by Akiko. The hike begins at Nara-ken, Uda-gun, Soni-mura, Taroji, 1170; photographs mark the different terrain along the way. 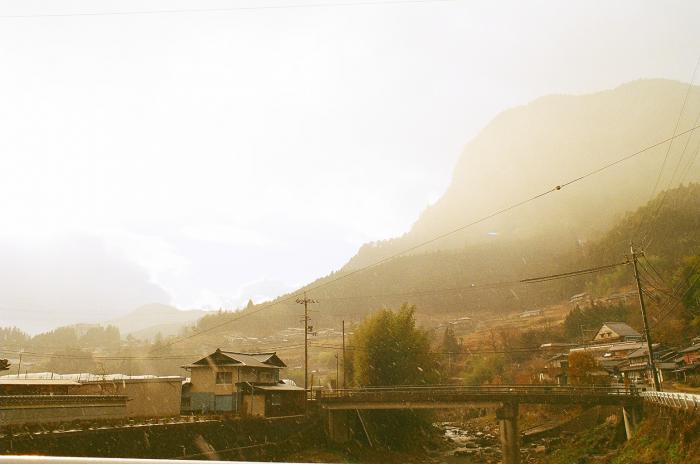 N.B.: Looking for more exotic walking routes? See more Hike of the Week and Garden Visits in our archive.

A Gardening Shop Plus Cafe in the Mountains of Japan