The idea of a house with a picket fence is iconically American. Sturdy, attractive, and ingeniously thrifty with evenly spaced vertical boards that allow daylight to peak through, the wooden fences originated as an inexpensive way for colonists to mark property boundaries.

Over time, Hollywood helped it become a symbol of peace and security: “In my wildest dreams and juvenile yearnings, I wanted the house with the picket fence from June Allyson movies,” the poet Maya Angelou said. Another reason the style has endured is practicality; the pickets keep animals in and out of yards while creating a sense of open space. Decorative pointed tops also divert rainwater away from the end grain of the wood, extending the fences’ lifespans.

Although often pigeonholed as a highly traditional choice, its incarnations are many, ranging from Victorian to modern, tailored to rustic. Are you wondering if it’s the right choice, or trying to decide which style would suit your house? Read on:

Photography by Ellen Jenkins, except where noted. 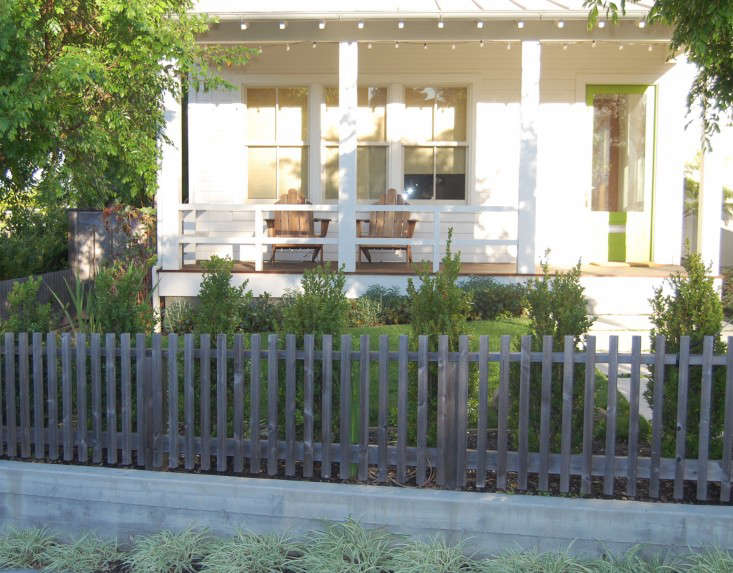 Above: A house with a modern picket fence (using 2-by-2-inch pieces of clear cedar) designed by Mill Valley architect Kelly Haegglund. “One of the interesting effects of this design is that it appears almost solid from certain angles then opens up as you look straight on,”  says Haegglund. The natural wood pickets blend seamlessly with the solid cedar backyard fence.

What is the history of the picket fence?

Dating to pre-Revolutionary days, the first wooden fences developed as sturdy, simple, and utilitarian boundaries to keep chickens in or out of gardens. Usually made of local wood, in some areas they were required to mark property borders. A century later, during the Victorian era the style became more decorative to match the architecture. By the late 1800s, mass production techniques made pickets more affordable and people all over the country were able to order them from catalogs. 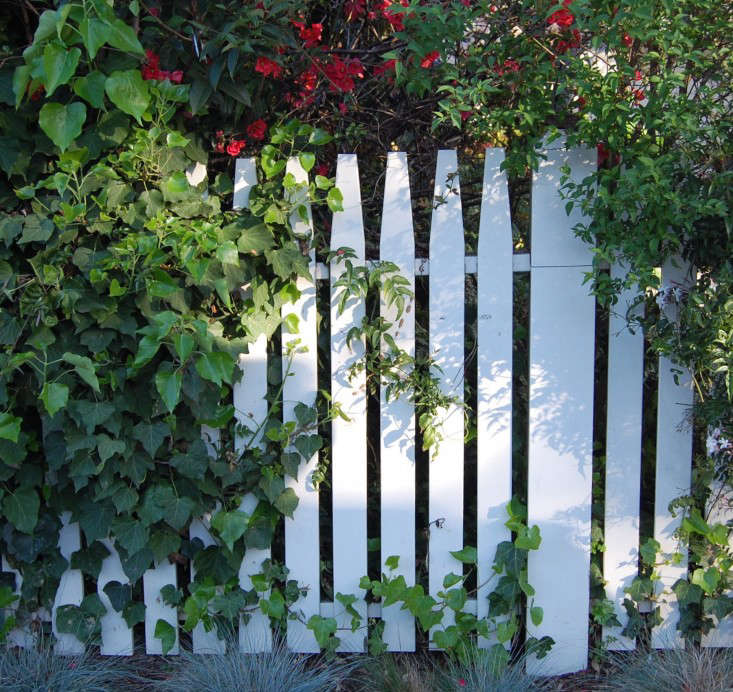 What are the different types of picket fences?

The first thing to consider is the color: will it be natural, stained, or painted?

It’s a good idea to make sure the color matches or complements either the facade or another visible architectural element, such as a backyard fence. Originally they were usually white or whitewashed, because most colonial houses were white. With today’s wide range of colors and architectural styles, however, there are many factors to consider when choosing a fence color. Staining is a good option–although the stain will gradually wear off, it’s relatively easy to re-stain. The lowest maintenance option is to leave the fence natural, to weather to a gray that blends with nearby tree trunks. 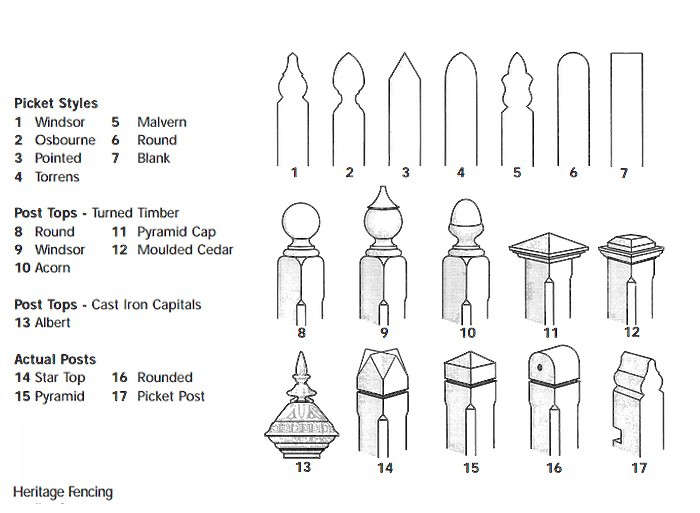 Above: A sampling of profiles of picket designs, cap styles, and posts by Heritage Fencing, an Australia-based manufacturer of hardwood fences. For more information and prices, see Heritage Fencing.

Local mills can often produce almost any style to suit your project. When deciding on the size, shape, and design of the picket, you will want to pay attention to your home’s roof slope.

When deciding how far apart to space pickets, architect Haegglund says, “It’s important to space the pickets close enough together so [the fence] doesn’t look flimsy or insubstantial. I typically space the pickets no more than four inches on center.” 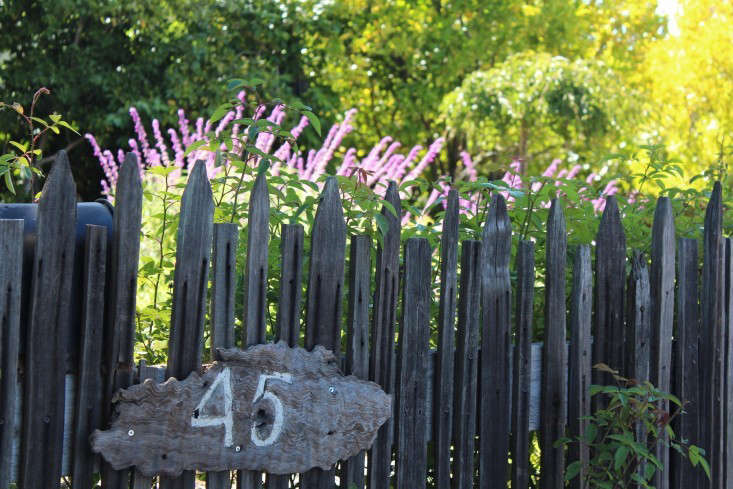 A low-pitched ranch-style roof may call for a squared or blunt point. A steeper roof will look good next to a more elongated style picket. In order to avoid a “stockade” effect, architect Kahlil Bair prefers either a squared top or something at the opposite end of the spectrum, such as an elongated Victorian shape. 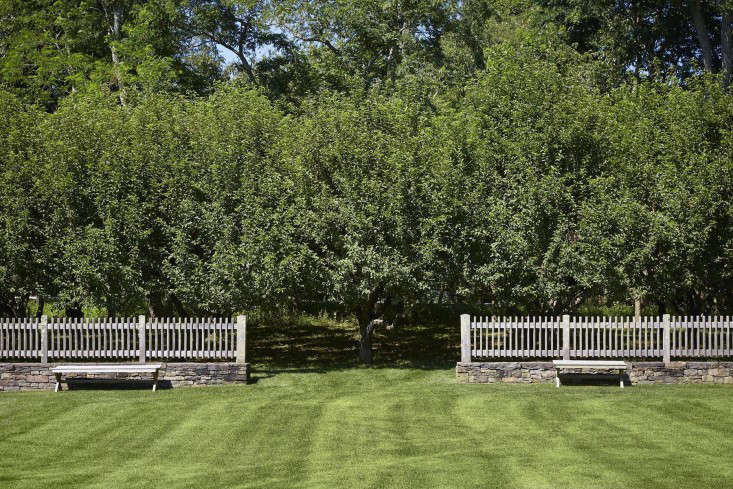 Above: For more of this garden, see Landscape Designer Visit: A Sprawling Long Island Estate by Scott Mitchell.

If there is slope and it’s steep enough, architect Kahlil Bair recommends stepping up fence sections. “The picket style is so ordered, it needs to adhere to a similar [stepped rather than slanted] order.”

What types of wood are used for picket fences?

The decision on design and color will affect which type of wood you will want to use. Some types take paint better than others. 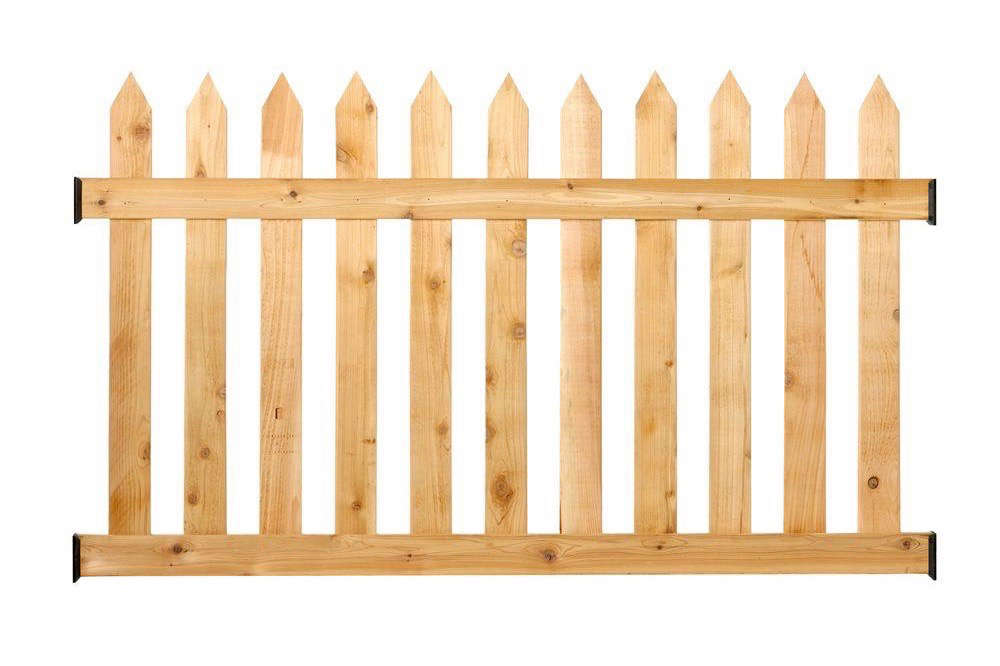 Clear cedar (preferably without knots) is a good choice if you wish to leave it natural. Painting is not recommended for cedar, but it can be stained or left untreated. Redwood, prized for its rot resistance, is another possibility, but its oils make it also unsuitable for painting.

For a painted finish, you would use a soft wood, either spruce, pine, or fir. A fence of these materials will last a long time if protected with paint and primer. Keep in mind that a painted fence will need touchups every few years.

Posts should be redwood or pressure-treated wood rated for direct ground contact.

How much does a picket fence cost?

A 4-foot-high custom fence costs from $25 to $50 per linear foot, unpainted. Price depends on the labor costs in your area, as well as any special details, slope considerations, and site specific issues. The size of each picket also affects the cost. The smaller the picket, the more labor, for example.

Many lumber yards carry individual pre-cut pickets in certain styles that can be attached to rails and posts.

To lower the cost, you have the option of purchasing pre-made sections. For instance, an 8-foot section of cedar French Gothic Spaced Picket Fence Panel is $23.97 from Home Depot. Walpole Woodworks of Maine makes all parts of a fence (as well as gates and trellises) and ships to various dealers, primarily on the East Coast (call a local dealer for pricing).

Finally, learn how to successfully design a fence for any landscape or garden project with our Hardscaping 101: Fences & Gates guide.