Raspberries should be re-classified as one of the seven wonders of the world. Native species of the fruit evolved in climates ranging from the Arctic, to Hawaii, to North America, Europe, eastern and northern Asia, and the Aleutian islands.

Raspberries are packed with a greater diversity of antioxidants and anti-inflammatory nutrients than any other commonly eaten plant; they grow from a perennial rootstock and thrive in the cold. Better yet, the cultivated species of fruit are almost as packed full of health as the native species—a rare trait in the horticultural world. 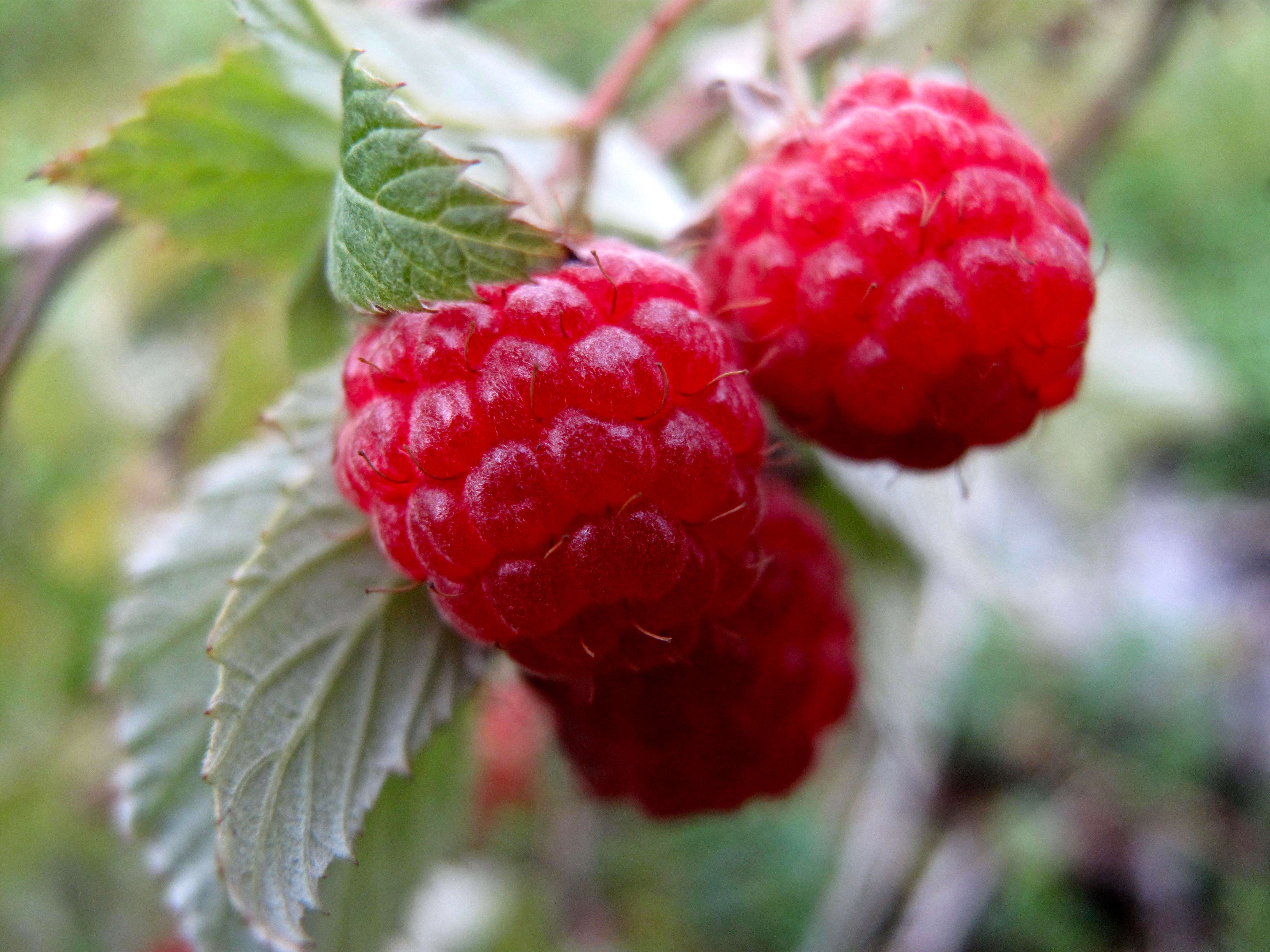 Above: Photograph by Ole Husby via Flickr. The most common varieties are European red raspberries (R. ideaeus) as shown and a similar variety native to the United States, the American red raspberry (R. strigosus).

Raspberries grow on woody, rambling canes in dense mounds called brambles. Other cousins among the nearly 700 species in the Rubus family are blackberries, boysenberries, and dewberries. 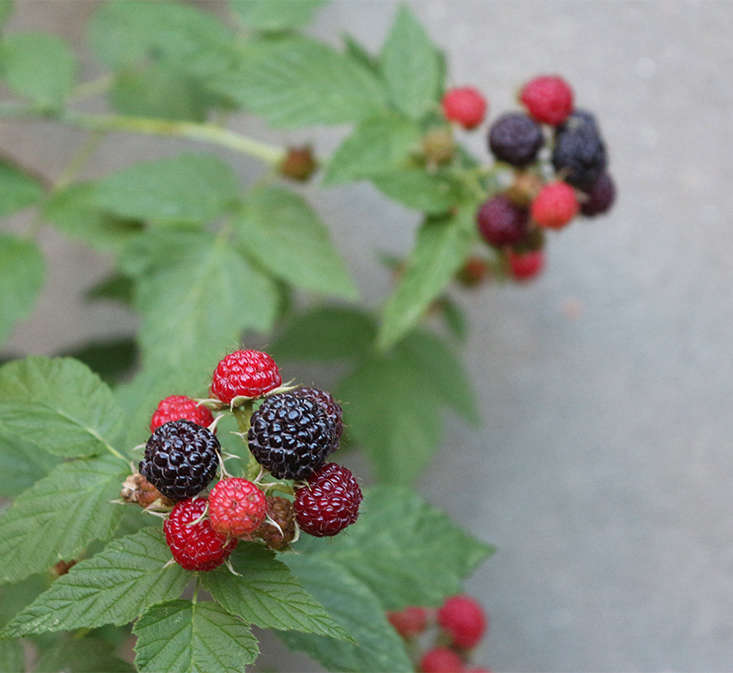 To get in on the sweet, wondrous action, consider planting a bramble or two in a sunny place in your backyard. (Fun fact: although called brambles by many a farmer, most modern cultivars are thornless).

Raspberries require second-tier gardening prowess and tools—you’ll need to trellis, mulch, prune, keep the growing patch clear of weeds, and protect the fruit with netting before it ripens. Pruning, perhaps the most daunting task, actually requires little forethought; simply cut off the brown canes in the winter or early spring, and leave the green in place. 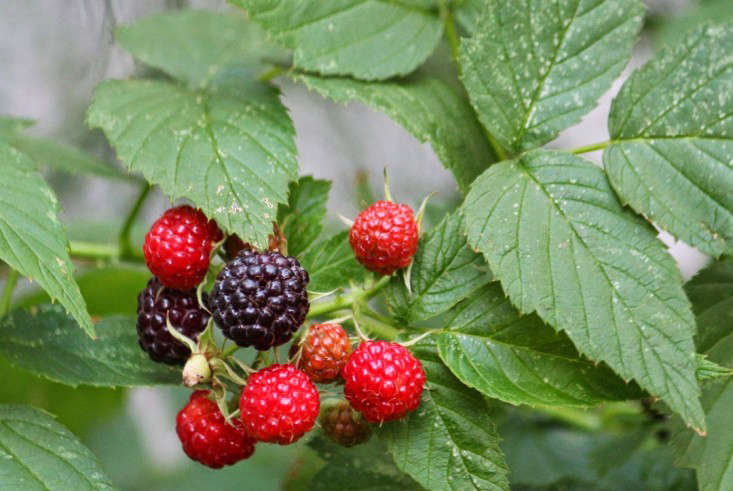 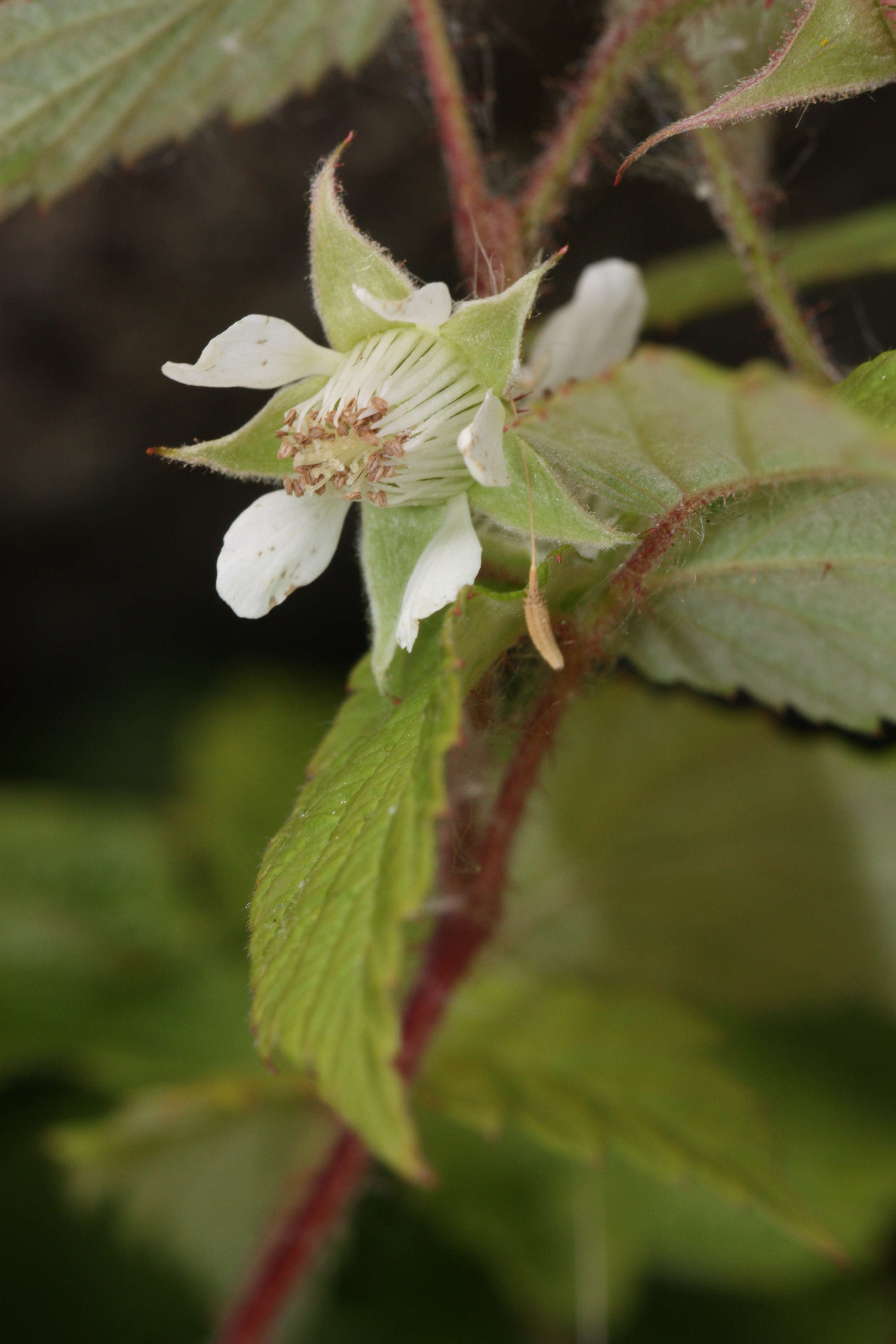 Above:  R. strigosus has a small white flower before it sets fruit. Photograph by Walter Siegmund via Wikimedia.

Very few pests or fungi attack raspberries; they also provide brambles to keep out wildlife. They’ll attract birds and pollinators, so be sure to net before the fruit ripens.

Above: Photograph by Olivia Rae James. For more, see DIY: Raspberry Sparkler for the Fourth of July.

If you have a bumper crop of raspberries and can’t eat them all at once, wash the fruit in a 10:1 solution of water and white vinegar, then rinse and drain. This will prevent mold from growing on the berries.

Planning an edible garden for spring? See more of our Plant Guides to grow Strawberries, Peas, or Arugula.

Finally, get more ideas on how to successfully plant, grow, and care for raspberry with our Raspberry: A Field Guide.