Pheasant Eye narcissus is the one that’s worth waiting for, the last daffodil and the best, its elegant white petals set off to great effect by a small, red-rimmed cup. Right? Well it really depends on whether you prefer ‘Actaea’ or Recurvus or any number of hybrids, old or new.

Daffodil purists say that old is best. By “old” we could be talking about the very first daffodil in the case of the pheasant eye; certainly the first daffodil of legend. Narcissus poeticus is most closely associated with poor, vain Narcissus of Greek legend, who was turned into a rather attractive flower, white of petal and red of cup because of his habit of staring at his reflection in the water. The story was passed down by the poets.

The two most readily available pheasant eye varieties, both holders of Royal Horticultural Society awards of garden merit, are N. poeticus ‘Actaea’ which has a wider petal or pelianth (see top two photographs) and N. poeticus var. recurvus , also known as ‘Old Pheasant’s Eye’ (above), with reflexed, narrower petals. Because it will not be rushed, and appears a month later than the others, it seems more elite. No matter that by then, people have started to focus on other things, like tulips.

The scent of pheasant eye narcissus is sweet and fairly prominent, in a different league from the usual yellow trumpet daffodil smell, and certainly more subtle than the aroma of N. ‘Paperwhite’, which can be provocative in an enclosed room.

Older narcissus hybrids are often the results of crossing Narcissus poeticus with the British native Narcissus pseudonarcissus. The latter is associated with 20th century poets, rather than the classical sort, namely Robert Frost and Edward Thomas. For more poetic daffodils, see: The Road Not Taken: Robert Frost’s Daffodils in Gloucestershire. 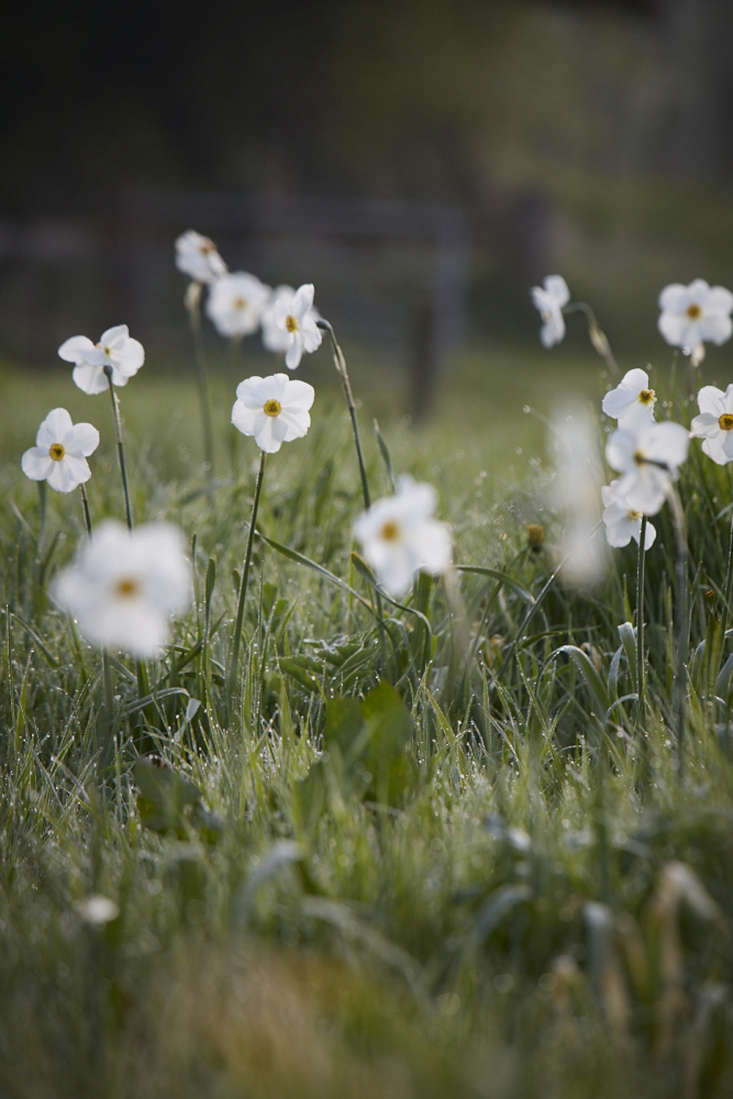 • Purists discern between N. poeticus ‘Actaea’ with the same colors as N. poeticus var. recurvus. The latter is later and daintier.
• After the excitement of early spring daffodils, the later variety also naturalizes well. Grow ‘Old Pheasant’s Eye’ separately, so that they are surrounded by freshness, not by decaying neighbors.
• The poetic daffodil is happily unattractive to deer and rabbits. 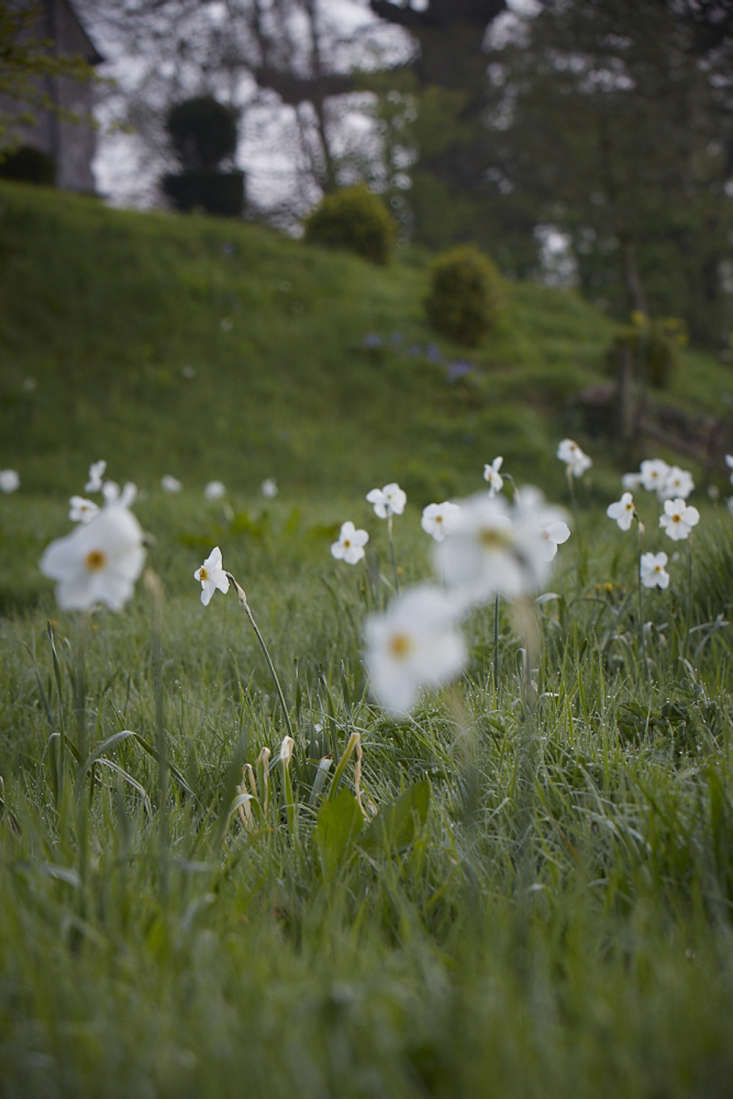 • Choose a sunny or semi-shaded spot that will not dry out during the growing season.
• To appreciate the scent, plant Narcissus poeticus somewhere sheltered, though it does withstand some exposure.
• Plant in autumn, to a depth of one, or one and a half that of the bulb itself.

Can This Garden Be Saved: I Don't Like Mowing Around Trees

How to Start Your Own Snowdrop Collection