If I were asked the question: “Kier, how many Phormiums have you planted in your landscaping career?” I’d answer (honestly): hundreds. Why so many? Basically, Phormiums are the ultimate strap-leafed perennial, and I will explain. 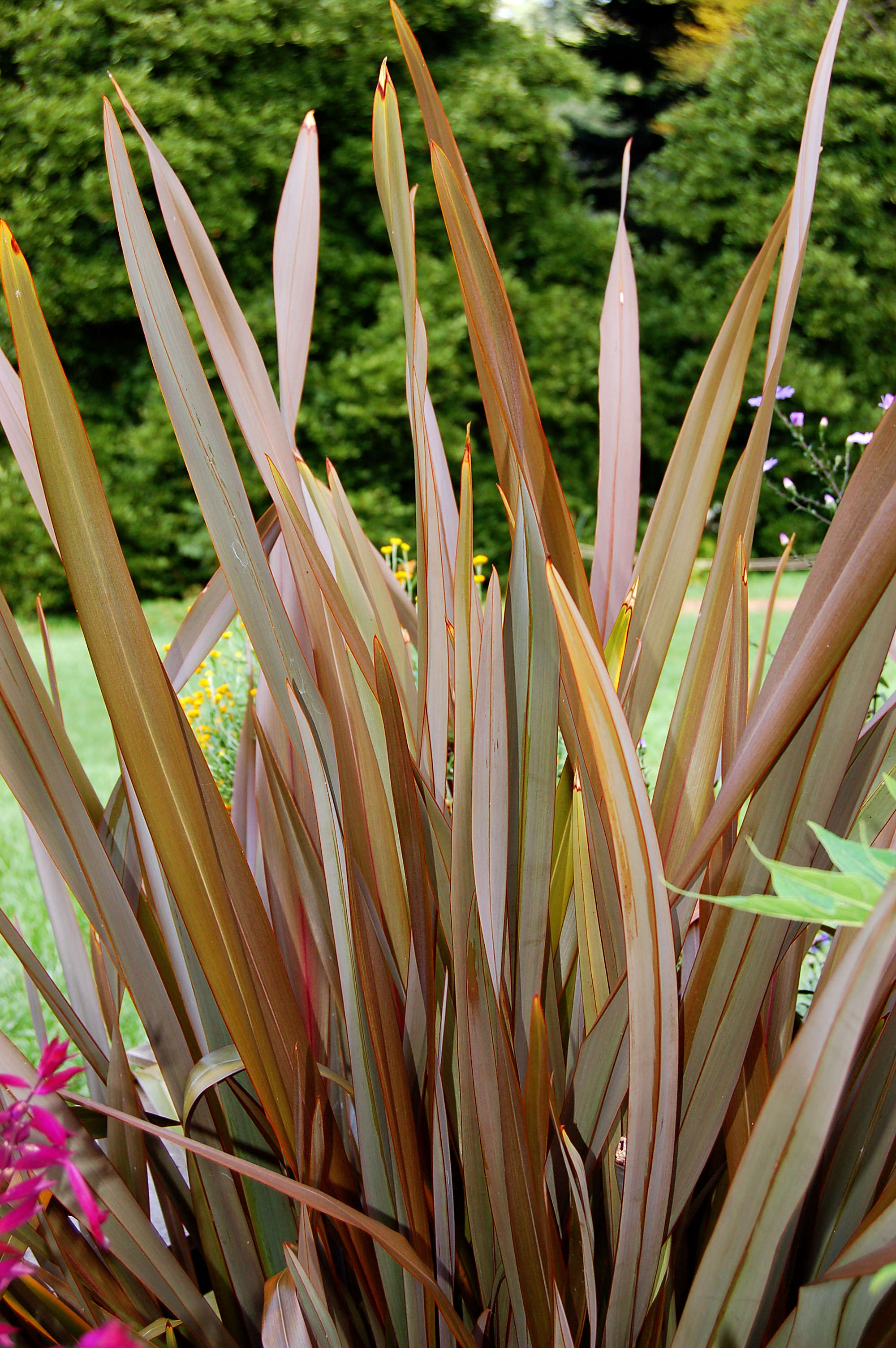 Above: Phormium tenax. Photograph by Derek Ramsey via Wikimedia.

Below are the reasons why I plant Phormiums in all kinds of gardens, from sleekly modern landscapes to rambunctious cottage sprawls:

See what I mean? The possibilities of Phormiums are truly endless. 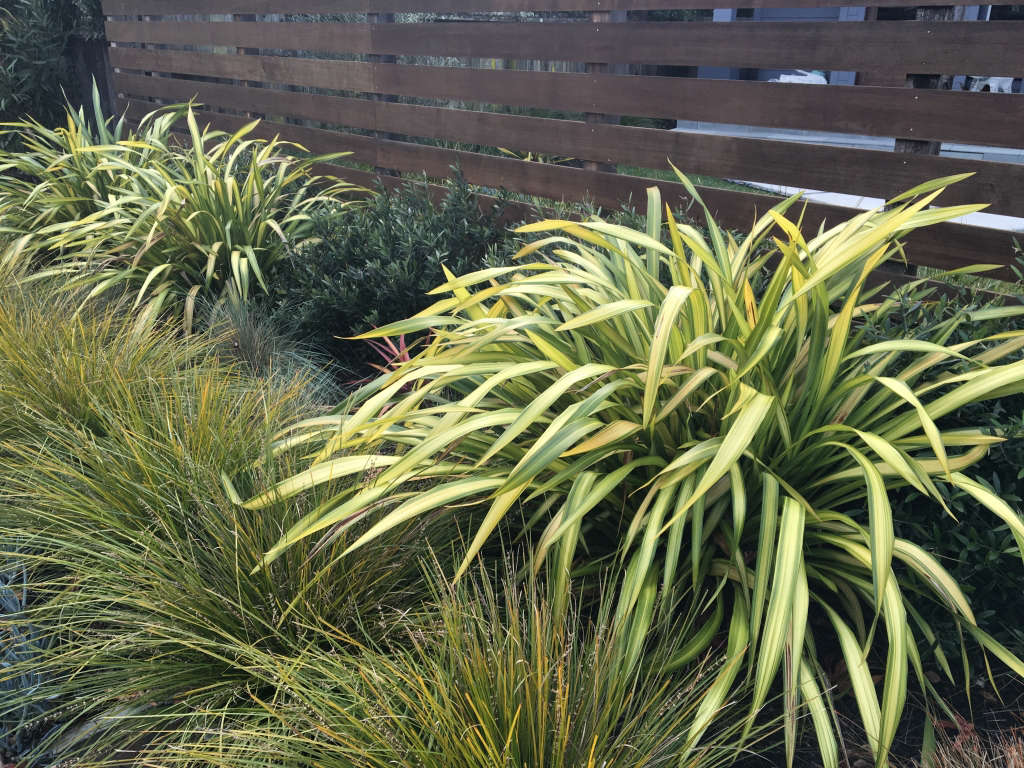 I could go on listing more amazing attributes, but let me tell you about a lesser known quality of Phormiums.

In 1769, a great navigator named Captain James Cook and a great botanist named Joseph Banks arrived in New Zealand and noticed the native Maori people wearing a fine cloth similar to linen made from Phormium. Linen is constructed from flax, so this plant became known as New Zealand flax. Phormium, however, is low yielding plus the fiber is more like jute—weak and coarse.  Attempts at setting up manufacturing shops proved futile though the plant has been called the “Cinderella of Fibers” waiting for Prince Charming to rescue it. But don’t hold your breath—Phormium clothing stores will not arrive at the mall any time soon. 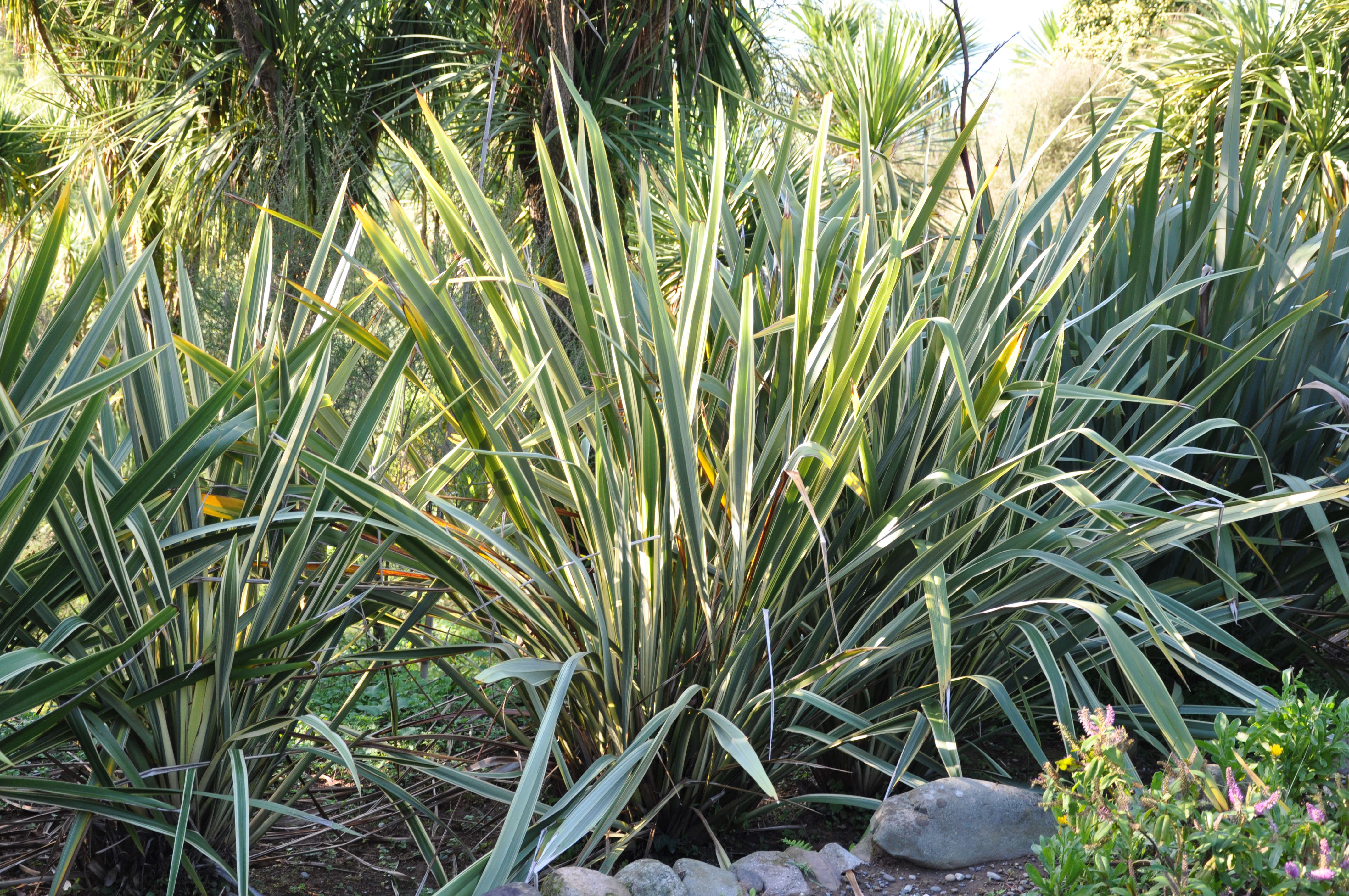 Above: Photograph by Lazaregagnidze via Wikimedia. 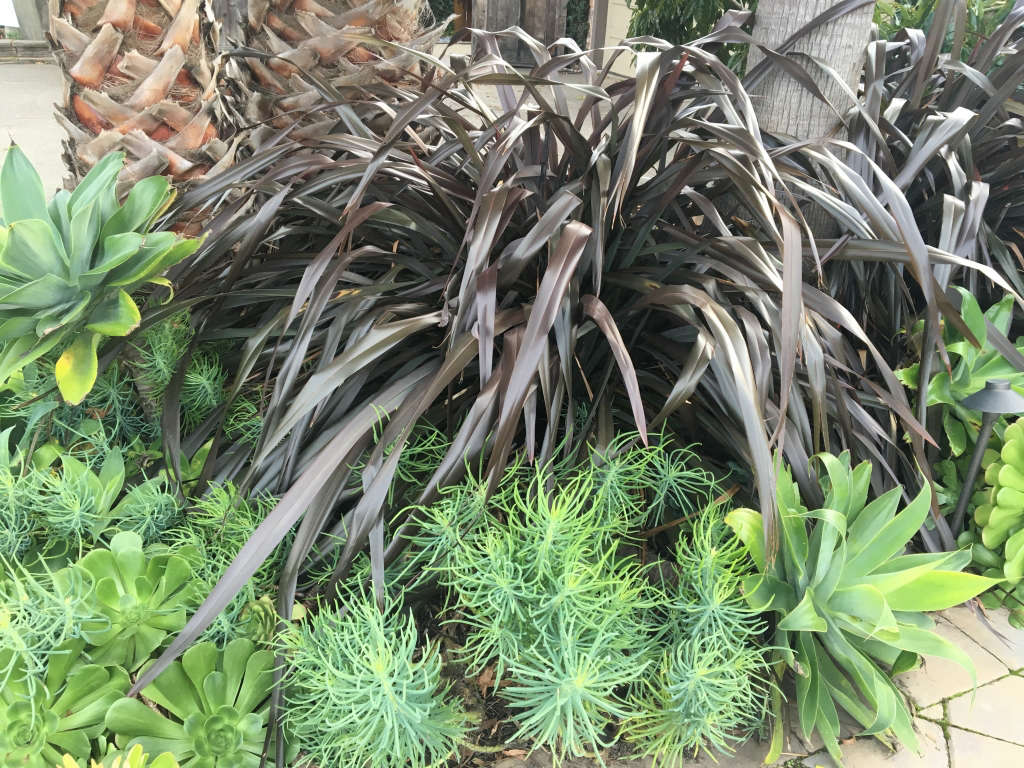 Above: A dark-leafed Phormium variety boldly holds it own against the silver tones of Senecio, Aeonium, and Agave attenuata.  Photograph by Kier Holmes.

On a more productive note: a strip of Phormium leaf is an excellent emergency substitute for twine to tie up plants as it won’t easily break. You are welcome. 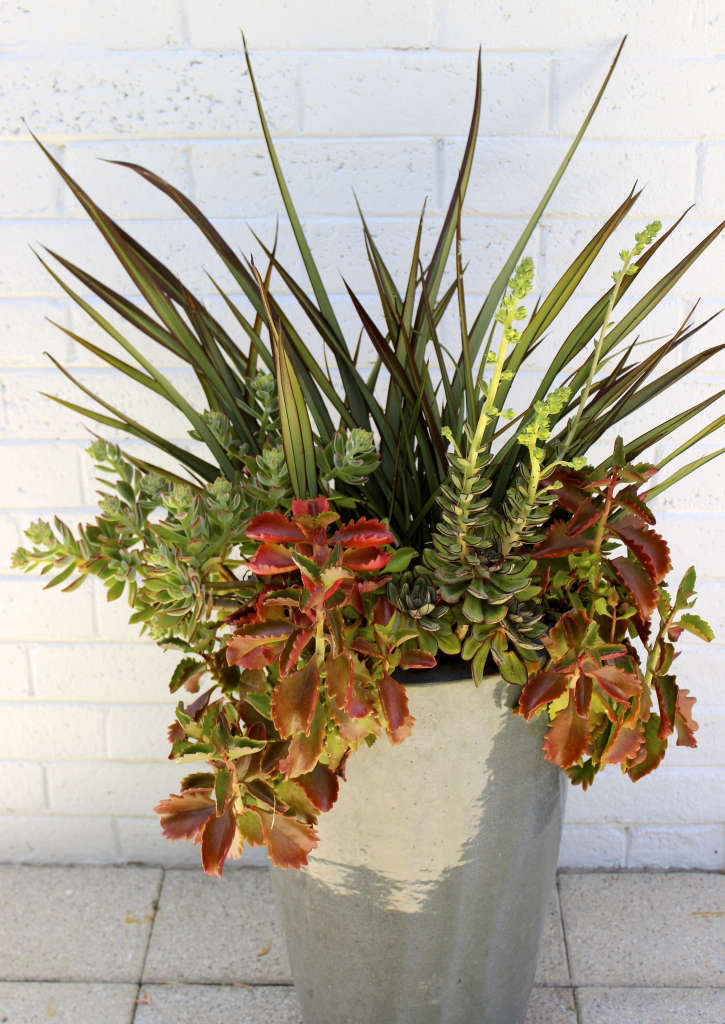 Above: A dwarf Phormium is the upright, bold evergreen anchor in this container planting. Container design and photograph by Kier Holmes.

Finally, get more ideas on how to successfully plant, grow, and care for new zealand flax with our New Zealand Flax: A Field Guide.

Shopper's Diary: Peonies in Paris, for Flowers and Coffee