In a family this diverse, there are lots of characters, from the refined and desirable Japanese maple, via textural snake-bark maple, to sugar maple with its irresistible sap. Red maple trees are probably the least talked about, perhaps because they’re so common. 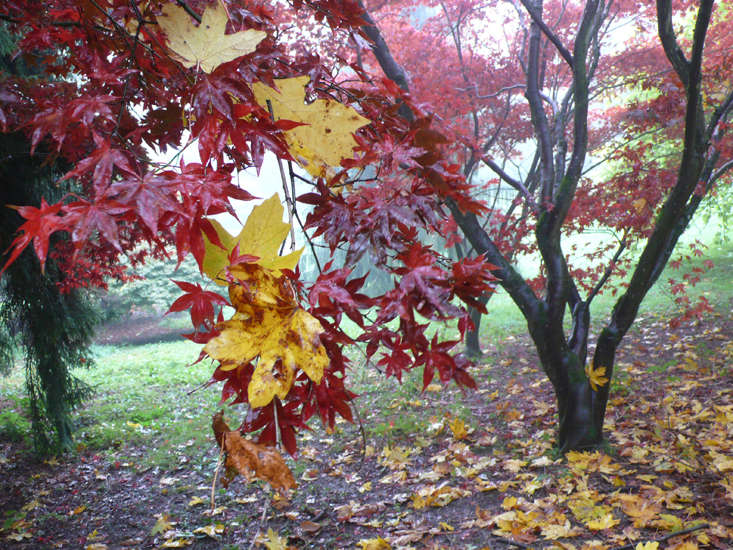 Above: Yellow leaves of a maple, landing in the red canopy of a Japanese Acer, at Batsford Arboretum. Photograph by Kendra Wilson.

First things first: Maple is Acer and Acer is maple. Gardeners and garden designers use the Latin word to imply the smaller Asian varieties, while the common name of “maple” is often relegated to native trees of field and forest. 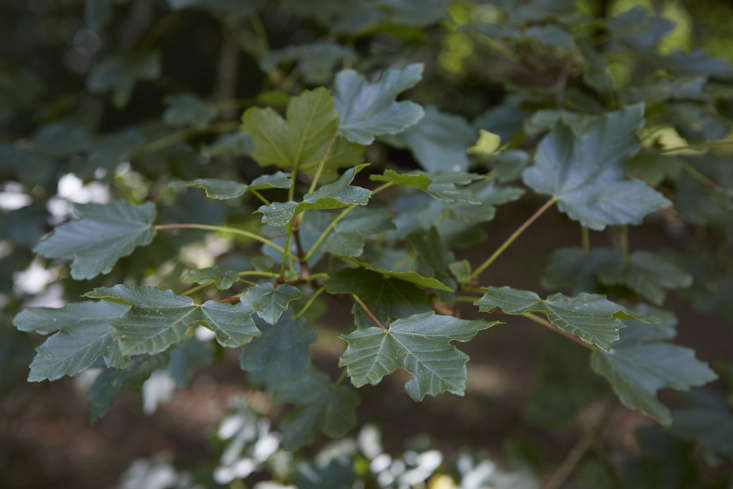 Above: Regular maple may spread with ease, adapting to different soils and light levels, but it is still a showy tree. Palmate leaves can turn a fiery color with no warning in September, indicating that autumn is on its way. In the garden, Acer rubrum ‘October Glory’ has spectacular crimson leaves. 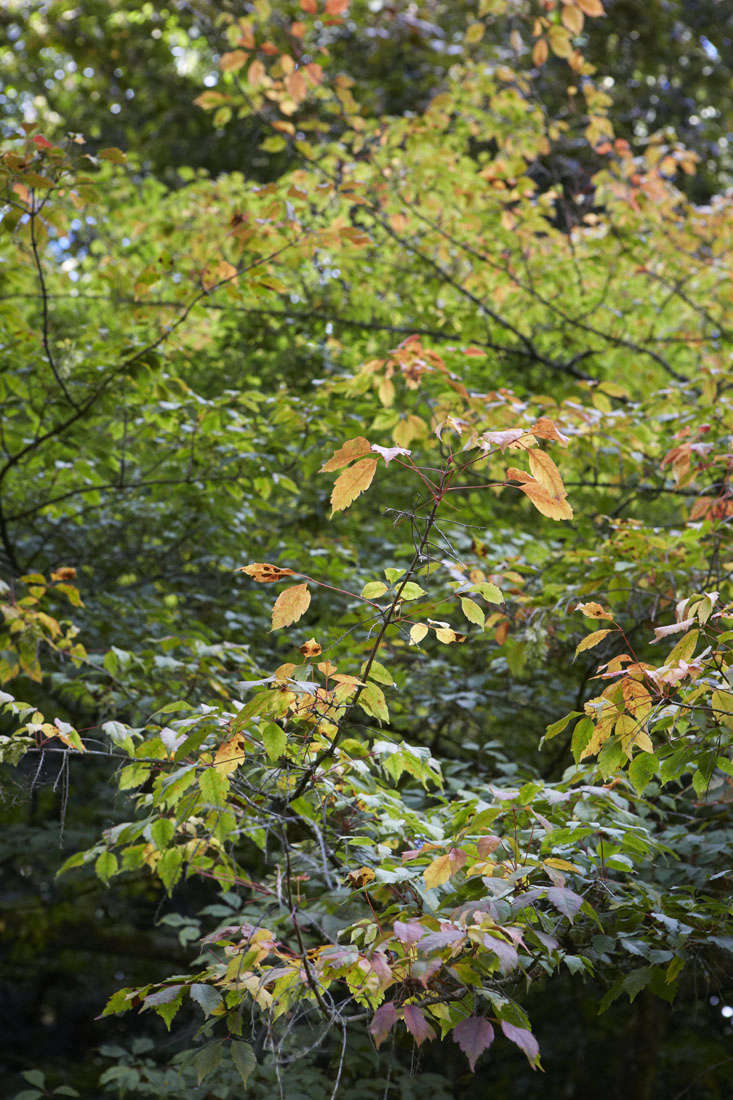 Above: Vine-leafed maple, Acer cissifolium, is native to Japan, and grows to about 30 feet, about half the height of  a red maple. Sugar maple, in turn is about twice as tall again, at more than 100 feet. 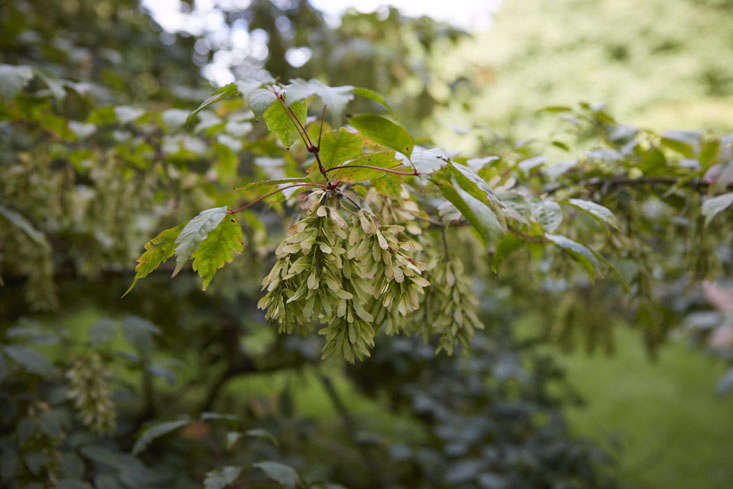 Above: Winged seeds of vine-leafed maple are getting ready to launch themselves into the world. If there seems to be a striking similarity between these and the helicopters of sycamore (in the UK) or sycamore maple (US), that is because they are closely related, though Acer cissifolium is a clear improvement on the invasive and spotty Acer pseudoplatanus. 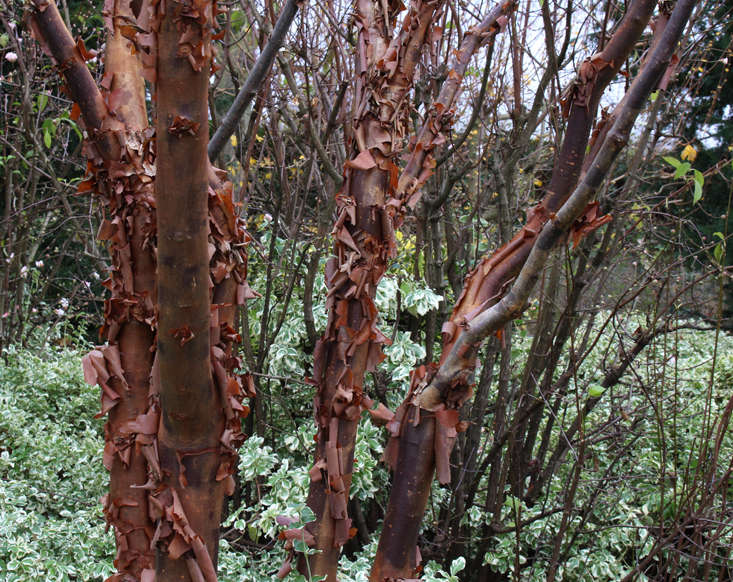 Above: Acer griseum, or paperbark maple, is a slow-growing tree that can be multi-stemmed or standard. Grown in sunlight, the orange-red hues of its autumn leaves will be more intense. Photograph by Kendra Wilson. 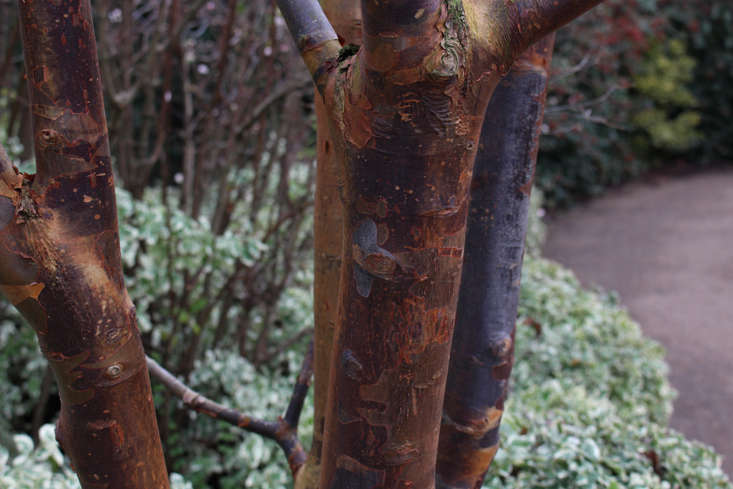 Above: The richly toned bark of Acer griseum is an asset in winter. This is a tree that perfectly suits small gardens, ideally in a place where the low sun will light up the bark. Photograph by Kendra Wilson. 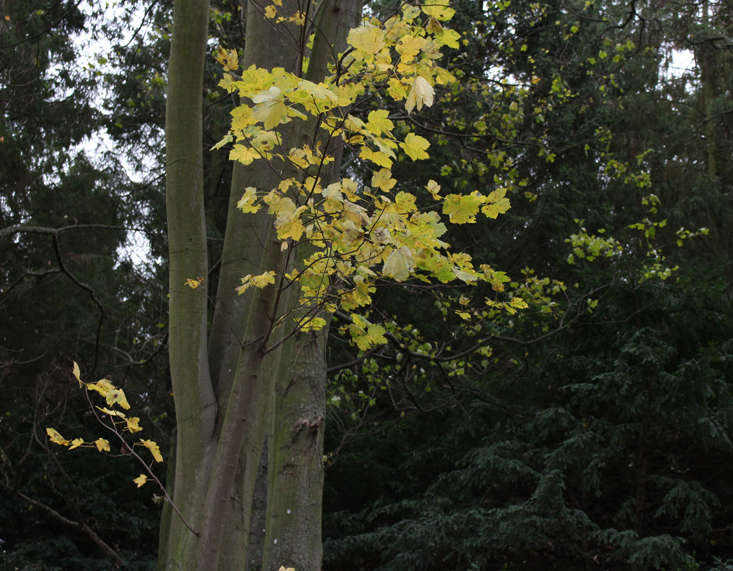 Above: Maple leaves are shown to advantage against evergreens. Their foliage is often the first to turn color, and it can cling on for longer; the tree shown here is sailing through an English December. Photograph by Kendra Wilson. 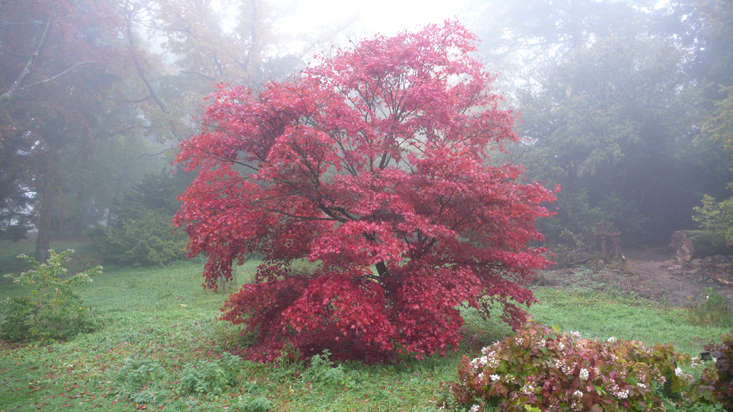 Above: Acer palmatum, in its October glory, grows in the damp of Gloucestershire. Visiting an arboretum is an education in placing and grouping maples, which mingle well, across the whole family. Photograph by Kendra Wilson.

See more of Kendra’s observations about her favorite trees, in our Gardening 101: Field Guide for Trees. These include:

Trending on Remodelista: Hipsters on the Hudson