When rural hedgerows in the British Isles explode into frothy white blossom in May, hawthorn makes itself noticed. Other common names for Crateagus—maythorn, white thorn—are self-explanatory. In autumn it is unavoidable again, dripping with blood-red haws.

As a tree, hawthorn is rustic and untamed, even in its designer clothes (C. laevigata ‘Paul’s Scarlet’ sports magenta blossom and an RHS Award of Garden Merit). Like Heathcliff in the drawing room, hawthorn prefers to be wuthering, in wind, rain, and flashes of sun. 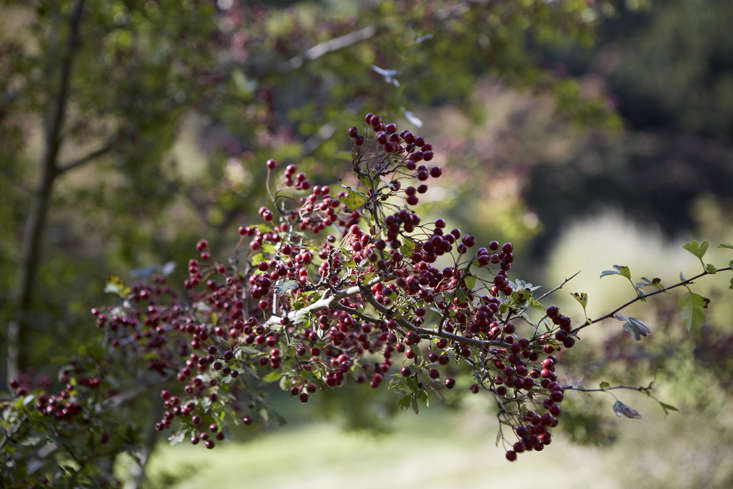 Above: Hawthorn counts roses and apples among its relations, being a member of the Rosaceae family. This is easy to see in its flowers and fruit; the latter can look like small crabapples. Less easily visible are the subtle black thorns, which should make anyone think twice about cutting hawthorn and taking it indoors. This is very bad luck. 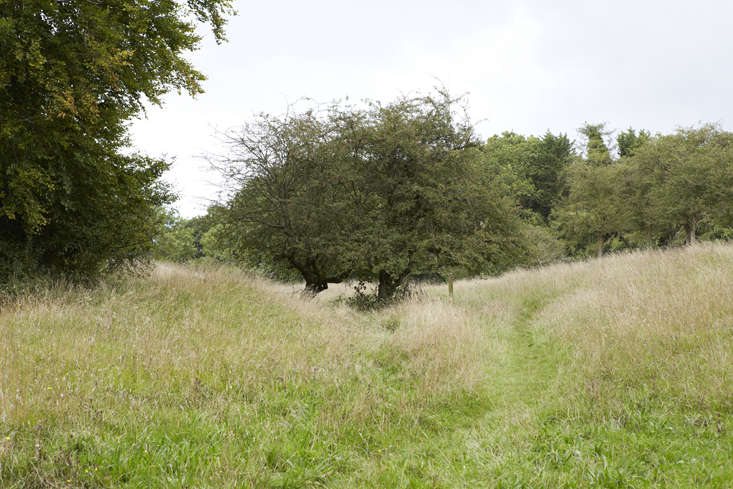 Above: Hawthorn trees, especially individual specimens, are the most likely to be inhabited by “wee folk.” They don’t like their trees to be cut down, and in Scotland and Ireland the appropriate amount of respect is shown. Hawthorn after all is the entrance to the Underworld. 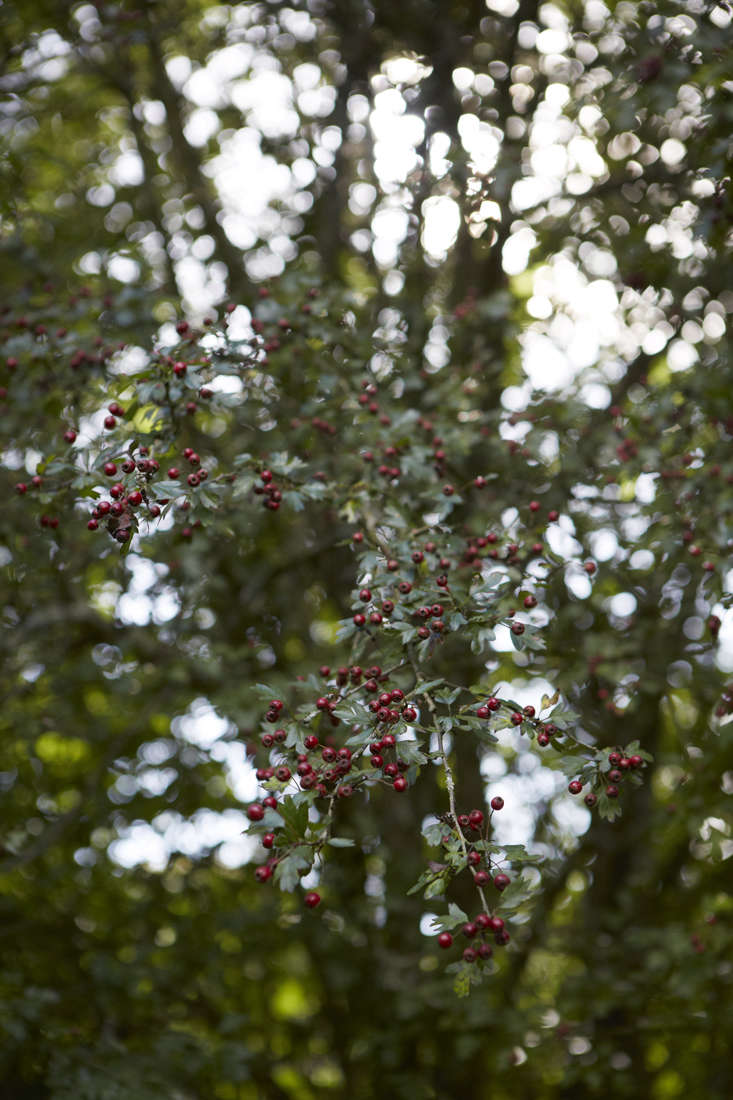 Above: Hawthorn has enormous potential in our world as a natural prophylactic, warding off heart disease, high blood pressure, and the risk of stroke and heart attack. Herbalists make a tincture in spring with blossoms and leaves; berries are added to the mixture six months later.

• As a hedge, hawthorn forms a spiny, impenetrable barrier. Shaggier hedges are more abundantly flowery.
• In an informal setting, a line of hawthorn is staggeringly pretty. In the UK it happens to blossom at the same time as cow parsley growing at its base, which adds an extra layer of froth.
• There are hundreds of varieties for temperate climates and it is equally at home in China as Missouri, where it is the state flower. 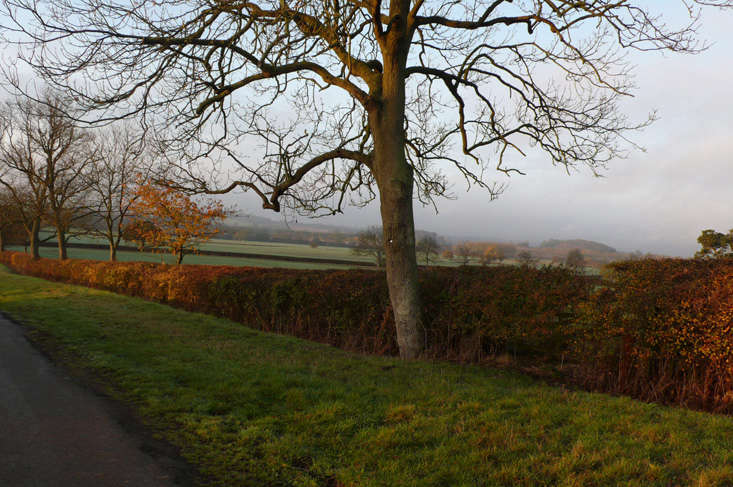 Above: Immaculate hedges in Northamptonshire, England, are part of the hunting tradition, being easier to jump over. They are kept wider at the bottom, with a bevelled edge at the top, better able to withstand wind or the weight of snow. These hedges are usually a mixture, though mainly made up of hawthorn. It can be joined by ash, field maple, beech or whatever grows naturally in the area. Photograph by Kendra Wilson.

• Hawthorn is happy in any soil, any aspect, sheltered or exposed, full sun or partial shade.
• It is best grown in the less pampered areas of a property, where it can do some good resisting wind or providing shelter for wildlife.
• Another nickname for hawthorn is “quickthorn,” another self-explanatory attribute that makes it worth bearing in mind when planning cover. 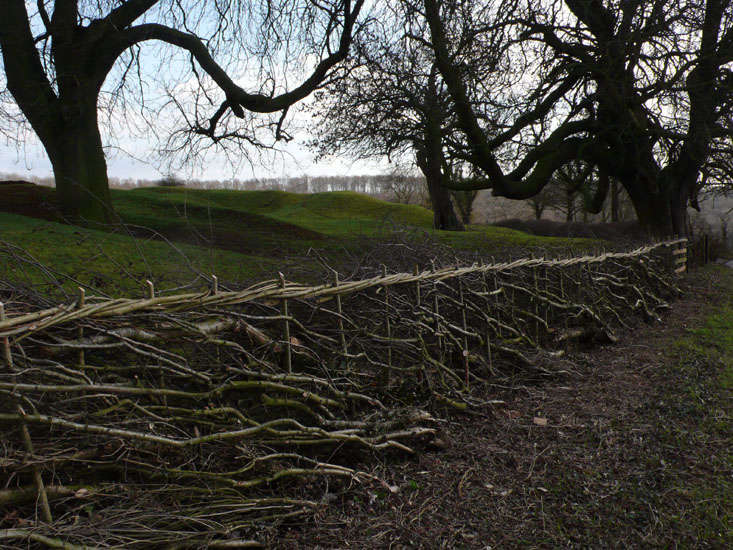 Above: Hawthorn lends itself to “plashing,” when a row of shrubs are allowed to grow upright for several years, before being laid at about 45 degrees, to create an impenetrable barrier. Stems and trunks are cut almost through, before being bent sideways and woven along upright poles. The hedge grows back healthily, and with its neatly twisted edging of hazel it makes a better effect than machine cutting. This “laid hedge” in Rutland, England also provides dense cover for wildlife. Photograph by Kendra Wilson. 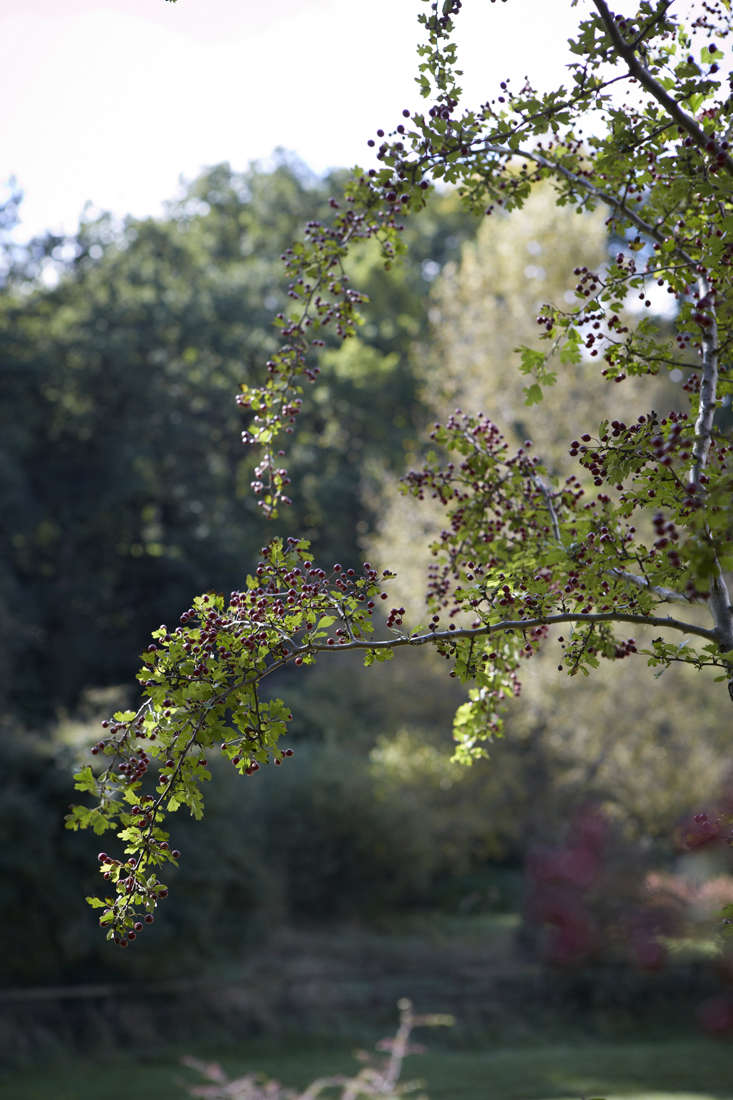 Above: Hawthorn hybridizes easily, leading to a variety of leaf shapes. It is an invaluable tree or shrub for biodiversity: the berries feed a wide range of birds in winter, including field fare, redwing, and thrush, as well as small mammals in hedges. Hawthorn is also an important breeding ground for butterflies and moths.

N.B.: For more information on trees, find tips in our Garden Design 101 guides including Trees: A Field Guide to Planting, Care & Design.

Into the Wild, Part II: A Canadian Thanksgiving