When plant loving people encounter the distinctive, uncommon shrub Edgeworthia for the first time, not only do they remember their initial reaction in great detail, they invariably describe it as love at first sight.

This happened to me a few years ago when I spotted paperbush growing in a perennial border near the lily pool at the Brooklyn Botanic Garden. The time of year was late January and the plant, like its nearby companions, was leaf-less, the better to display its handsome dome shape and rust colored stems. But what was striking were the otherworldly, small pearly spheres dangling from the stems.  They resembled the puffy purses or reticules of tiny antebellum ladies—and stopped me in my tracks. 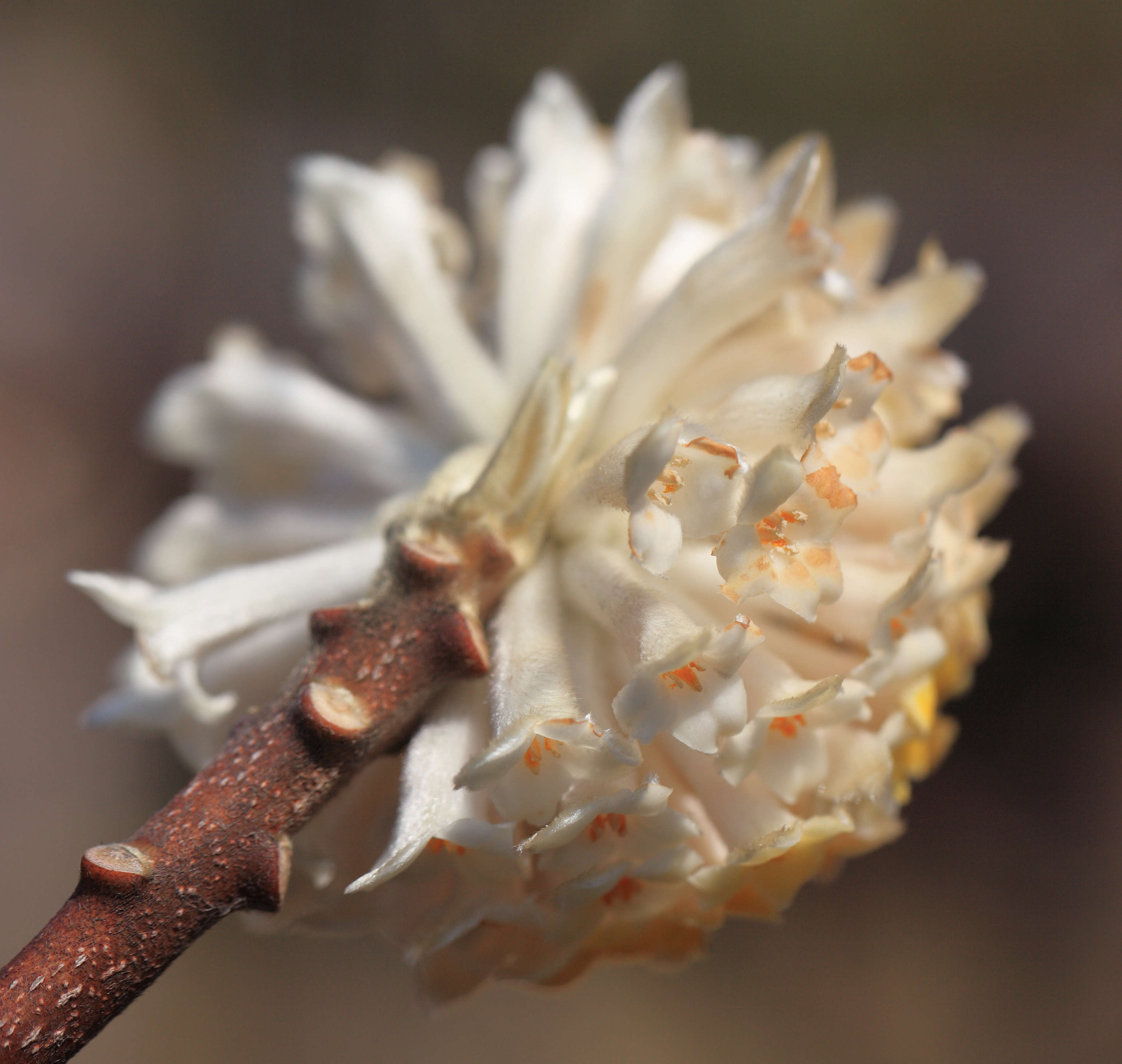 The spheres were the flower buds which had formed the previous summer and were now preparing to burst into bloom in the very early spring before the leaves appeared.  What I didn’t know that day as I stood marveling was that when the buds opened not only would there be a heart-stopping display of egg yolk yellow flower heads but those flowers would be accompanied by a heady and delicious fragrance. 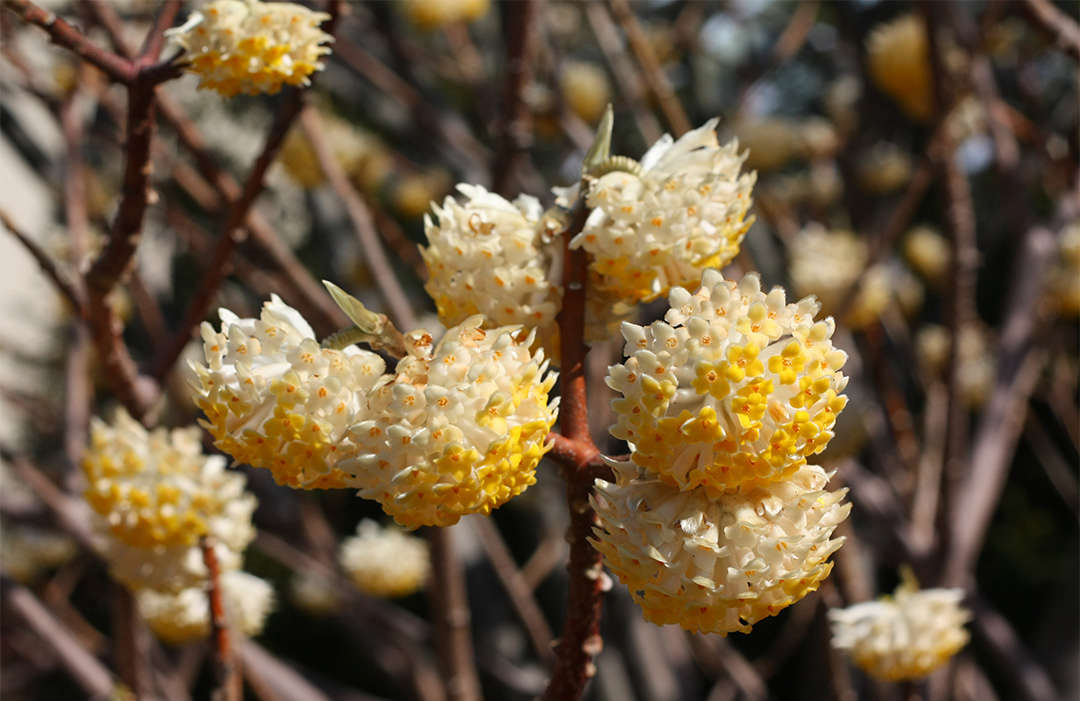 There are other shrubs that bloom in winter on bare wood, some witch hazels, viburnums and daphnes (relatives of Edgeworthia) to name a few.  But the paperbush is the only one that precedes its bloom with such a distinctive display of buds.  After flowering, when covered with bluish-green leaves which are clustered at the ends of its branches, this plant has a lush, almost tropical appearance.  It is truly one of those rare plants that provides interest throughout the year.  More good news is that it is very easy to grow. 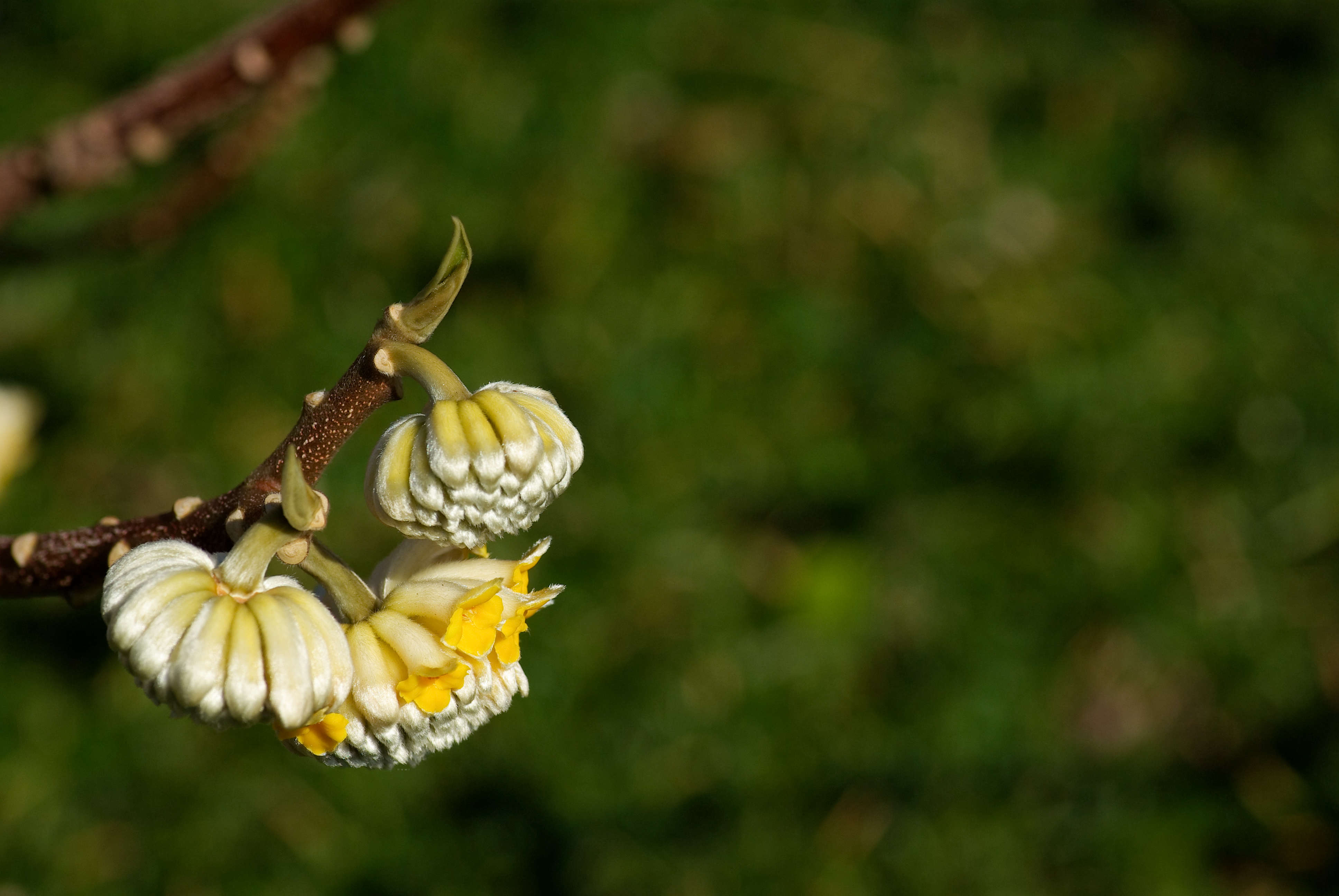 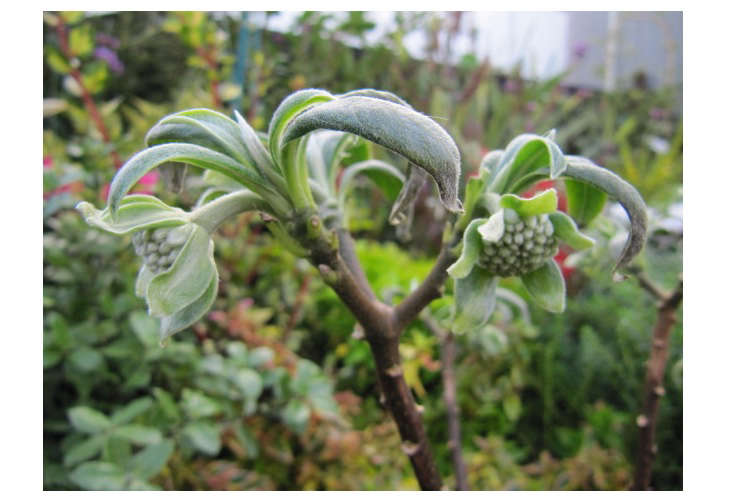 The plant’s unusual name comes from the 19th century Irish plant hunter Michael Pakenham Edgeworth who discovered it in the Himalayas and introduced it to England around 1850.  Edgeworthia is actually a native of China but has been grown in Korea and Japan since the late 16th century.

Its common name, paperbush, comes from its use in Japan, where it is known as mitsumata. The unusually pliable bark has been used by the Japanese for centuries to make high-quality, hand-made paper, the kind used for decorative wallpaper and calligraphy. For many years Japanese paper money was made from mitsumata and celebrated for being the finest quality bank notes in the world and the most difficult to counterfeit.