In a more relaxed age, it was possible to buy a tired old manor in Northamptonshire and divide it among friends. If one of them happened to be an architect, all the better. Glendon Hall was acquired from a farmer, whose wife in particular wanted to downsize: “They were like two peas in a very large pod,” says Rosie Bose, who bought the house with three sets of friends.

Rosie now runs her plant nursery from home and exhibits at garden shows such as Grow London. Of the original four families who bought the house in the ’70s, hers is the only one left. It is still divided, but her section feels like a very private and faraway place. 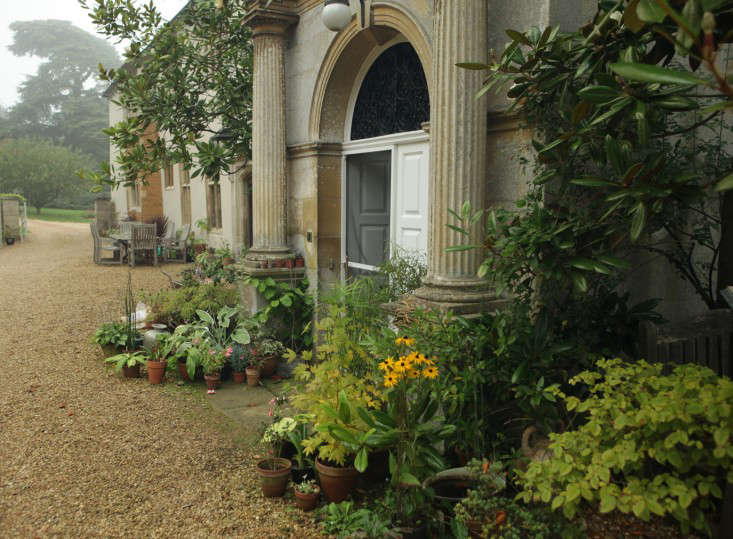 Above: The front door at Glendon with its practical screen door, a device little-seen in the UK. There is a cat flap for a hard-working mouse catcher. Rosie keeps pots on the move at the front of the house, bringing new plants from the nursery area and retiring others. The shelter of the house is also useful for storing more vulnerable plants.

Rosie began selling plants when she opened her garden for charity via the National Gardens Scheme about 15 years ago and has been selling steadily ever since. She can be found at shows organized by the Hardy Plant Society and Plant Heritage. 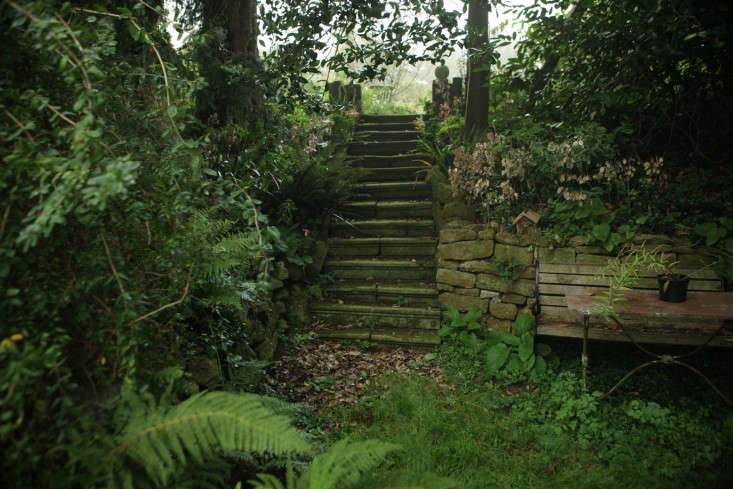 Above: Uneven yet serviceable steps lead from the front of the house toward the main part of the garden.

Above: An avenue of sumac (also known as the weed tree). Safely tucked behind a low barrier of box, the small trees send up suckers, filling the space rather well. Not really suitable for small gardens, says Rosie. The little weed trees are on their way to turning a fabulous red. 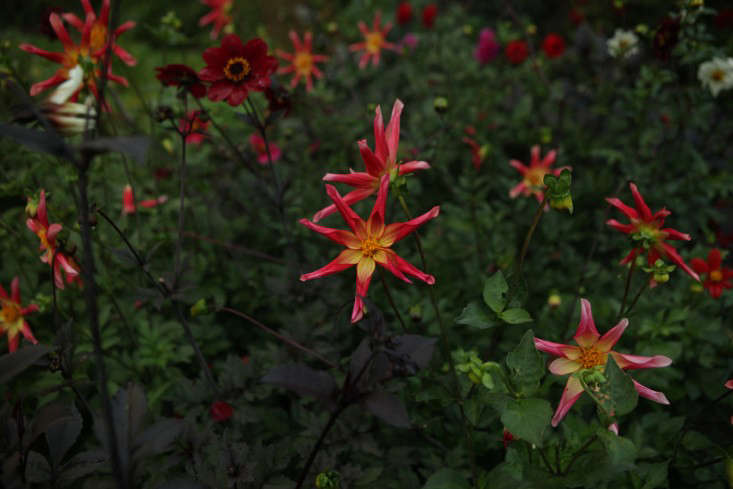 Above: Dahlia ‘Honka Surprise’, fantastic for picking from late summer until frost blackens them. Rosie keeps her dahlias in situ; their survival rate is good compared with the bother of lifting them and hoping the tubers won’t be eaten by any mice that get past the cat. 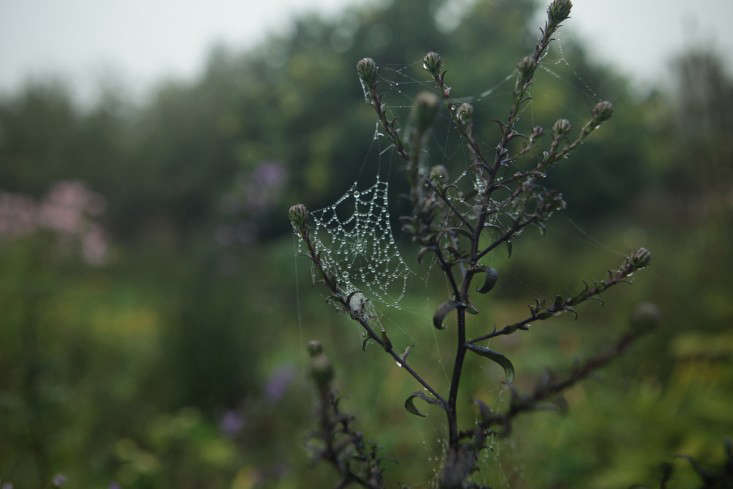 Above: A late michaelmas daisy (aster) on a morning of fog. 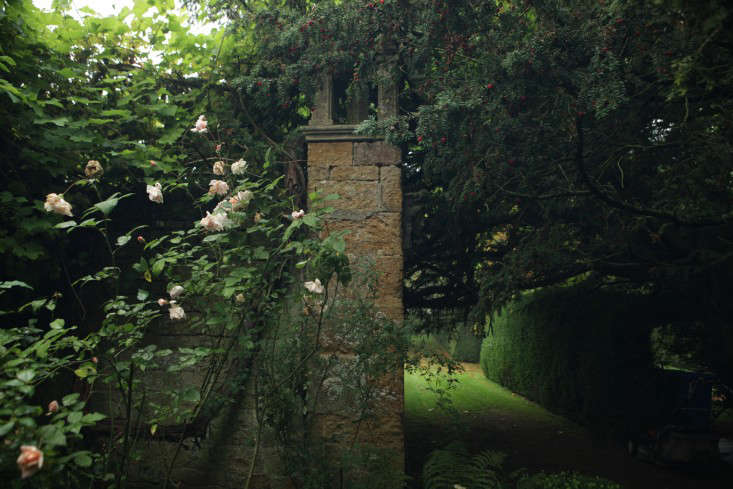 Above: Rosa ‘Perle d’Or softens this column of local stone. Not strictly a climber, it will reach great heights if given more light and the occasional barrowload of manure. It flowers from May until Christmas. 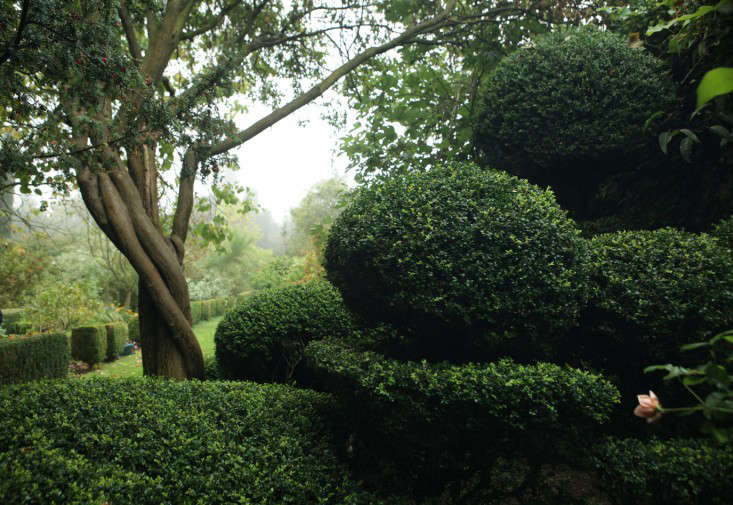 Above: When Rosie and family moved in, they found formal gardens with ranks of ‘American Pillar’, Vita Sackville-West’s most detested rose. The garden has softened somewhat though Rosie keeps on top of the original topiary (above). The laburnum, to the left, is also an old survivor. 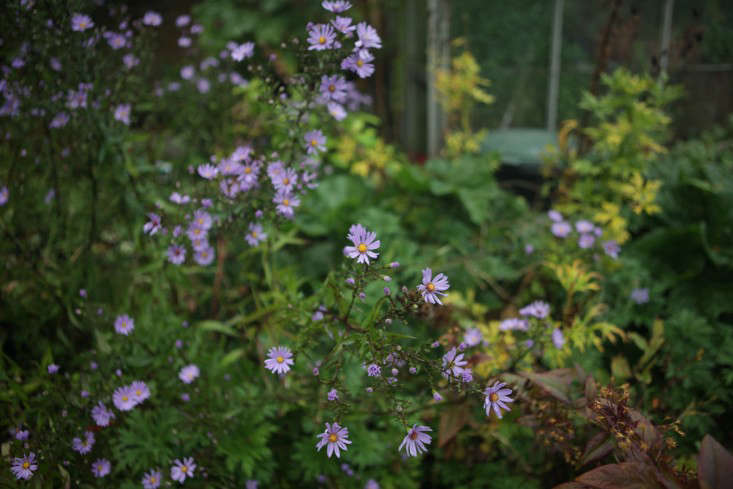 Above: Aster ‘Little Carlow’ glows in the dim light levels near the nursery beds.

Above: Cercis, which Rosie planted in the early days, almost 40 years ago. All the hedges have recently enjoyed an energetic clipping, from various sources of donated help. 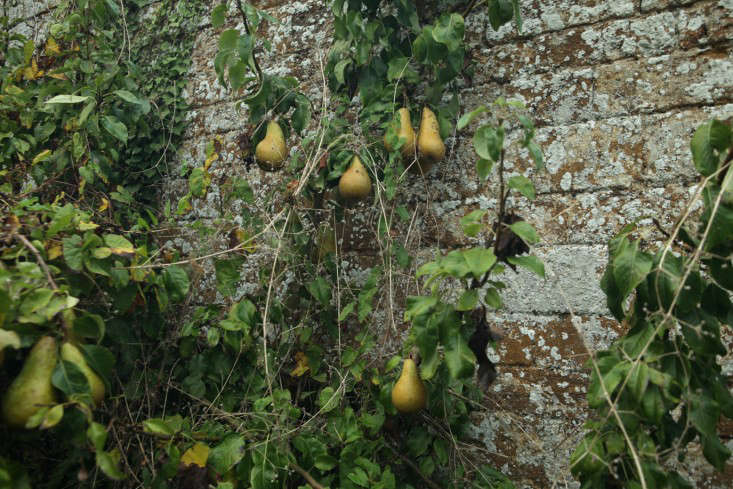 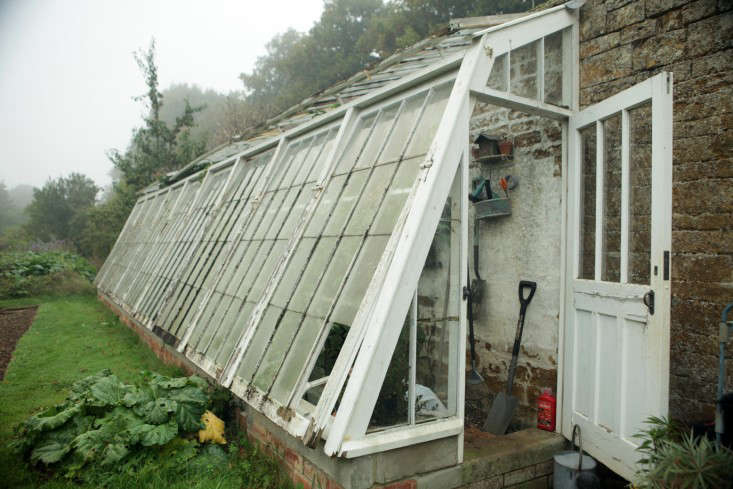 Above: The part of the garden which Rosie took over is large though not the largest. She uses most of the kitchen garden with its functioning glasshouse, plus walls galore. 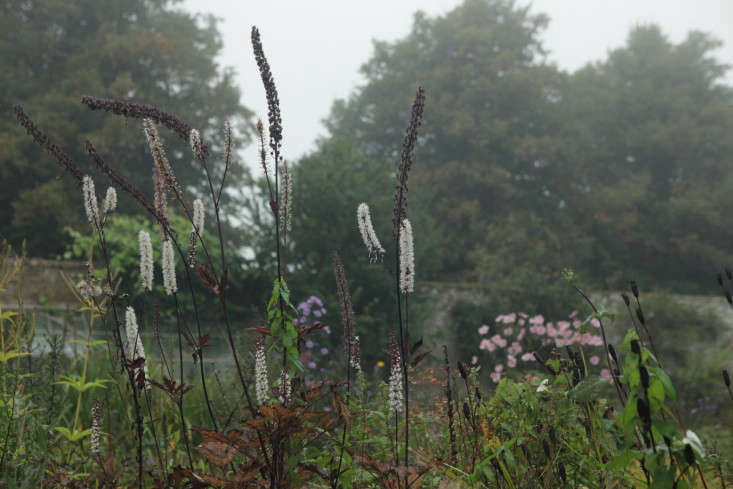 Above: As a customer of Glendon Nursery, I would recommend Actaea simplex ‘Black Negligée’ with its white flowers against black stem and foliage. Rosie’s nursesry is open by appointment, and the garden is open for charitiy via the National Garden Scheme; see the website for details.

Above: Black elder (Sambucus nigra) growing in the garden. Its leaves are more deeply cut than those of the common elder.

Above: Autumn-ripening grapes mingle with the fruit of common ivy. 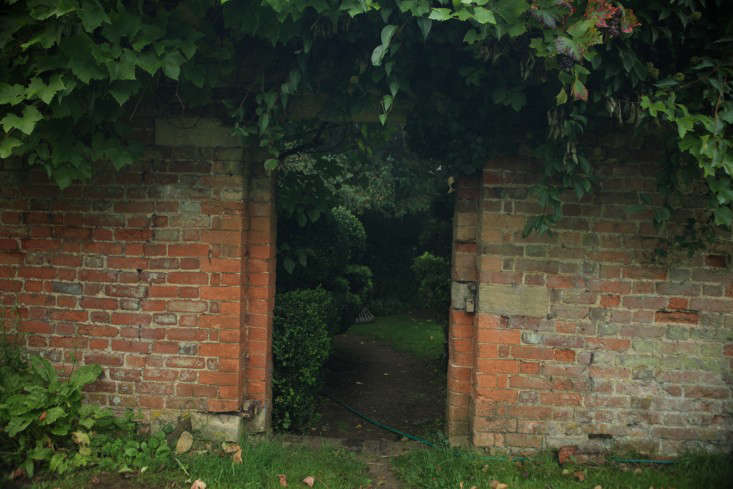 Above: The entrance to the kitchen garden. This area is loud and buzzy. Gently overhanging ivy like this is a vital food source for bees and wasps at this time of year.

Expert Advice: 10 Tips for Baking on the Wild Side with Claire Ptak of Violet Bakery