If you consider the expression “feast for the senses,” it is celebratory, extravagant, up-lifting. A garden, in which every element has been chosen because it appeals to at least two senses, could have just such a feeling of heightened occasion. It is an opportunity to create a scent trap by the back door; to grow more things that you can eat as you amble; to invite birds, insects, and other living creatures to stop by or stay a while. It is a garden which is more intensely felt, one that elicits a stronger physical response than the usual hearing, seeing, or touching with gloves on. Bear in mind that you are not just growing for yourself. Like a Venn diagram, senses overlap—and humans find common ground with the natural world.

In my new book, Garden for the Senses (out today in the UK and March 22 in the US), I press pause and digest the scented, tactile, flavorsome, in-tune, visual feast of a garden that gives you something extra.

Gardening for the senses is about profusion, not precision.

Scent discourages you from rushing around, as will ambulatory picking and eating. Mix roses with currants and wild strawberries; plant an apple or crab apple tree if you can. Pruning roses in cold late winter is strangely enjoyable as you create clarity from chaos; it is inherently ‘mindful’. Flowers that need to be picked (in order to keep their blooms in production) force you outside—even when you think you don’t have time—like the sweet peas on a wigwam, above. Deadheading roses is not a chore; it’s time away from tech, while your ears attune to unedited birdsong.

When you start to listen, you hear more.

Actively listen, and you might identify the regular song of a resident song thrush. The noise of cracking snail shells against stone will hopefully follow. It’s a clear example of why slug pellets are a bad idea.

At the organic kitchen garden of Le Manoir aux Quat’Saisons in Oxfordshire, the rule is that everything is edible. This does  not exclude spectacular plants. Growing in a spectrum of sumptuous colors, Love-Lies-Bleeding, or amaranth, draws the eye from a distance; close up, the flowers are too tempting not to touch. Later in the season, grain of amaranth is harvested for use in the kitchen.

A garden for the senses is a garden with atmosphere.

Rambling roses need room and reasonable soil at their feet but not much more (pruning is just to keep new shoots out of the way). If you leave a rambler such as Rosa ‘Rambling Rector’, ‘Felicité et Perpetué’ or ‘Adelaïde d’Orléans’ to drape over a pergola and trail down a nearby tree, it will become a morning-and-evening meeting place for chattering gangs of sparrows, a joy even in winter (in temperate areas). Their numbers are dwindling because gardens are becoming too neat.

Feet do a lot of touching, given half a chance, so indulge them with a route around the garden that will get you from A to B without shoes. This is not an excuse for wall-to-wall paving. Many herbs enjoy the heat radiated by paving slabs; thyme likes being trodden on. Stepping stones in gravel will slow you down, taking in, and possibly editing the progress of Erigeron karvinskianus as it spreads around. Newly-sprouted weeds are easily pulled out by the ungloved hand.

Observing the cycle of life is about slowing down.

A micro view of the world is a way of engaging all the senses. It is impossible not to be drawn to ponds when they are so full of life; make a fountain for birds (barely gurgling) or for frogs and dragonflies. Gushing fountains are chosen for visual impact over aural appeal; the noise, arguably, has more in common with plumbing than the natural world.

Learn to enjoy the strong smells, the prickles, and the rest.

Tagetes patula is a far cry from the somewhat geriatric image of its common name of marigold. Beautifully decked out in combinations of rich velvet, its smell is just as strong when handled, but its beauty is acknowledged in evocatively-named cultivars such as ‘Cinnabar’ and ‘Linnaeus Burning Embers’. Malodorous to white fly, grow Tagetes near tomatoes—or anywhere that you can see it. N.B.: Tagetes patula is known as ‘French marigold’ while the bushier, solidly yellow or orange versions (Tagetes erecta) are referred to as ‘African marigold’—although they are all native to Mexico.

When plants thrive, you thrive, and a garden comes to life.

In my book, Garden for the Senses, I have listed Ficus carica among the plant profiles for sound because of the noises that emanate from this distinctive tree. A rustling fig on the Balearic Islands might reveal a tortoise rootling around; a shaking fig at dusk in an English village could indicate a hedgehog looking for fallen fruit. Figs are eaten by more than 1,000 mammals and birds, both diurnal and nocturnal, so they are full of noisy life. Like all the best plants for the senses, figs are entirely engrossing: besides sound, they have looks, aroma, a leather/suede texture to the leaves with a glaucous covering around the fruit (to say nothing of what waits inside). To combine ecology with elegance, grow a fanned-out fig tree against a south-or west-facing wall. 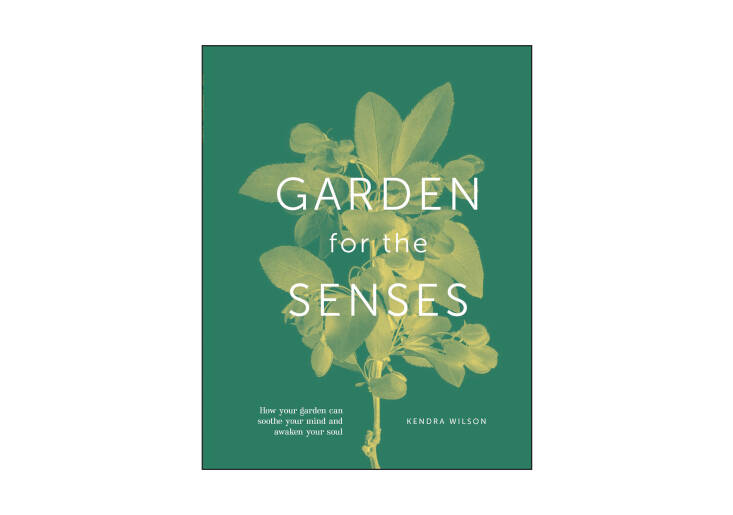 Garden for the Senses by Kendra Wilson is published on February 3 in the UK and March 22 in the US (Dorling Kindersley).

Where Are the Passionfruit?