Tom Stuart-Smith likes high drama. (He did not become England’s garden designer of the moment by accident, after all.) This explains the giant tree ferns. “You almost expect a triceratops or an iguanodon to poke its head out from between the fronds,” he says of the London garden he created for a couple with a new baby who had asked for a low-maintenance backyard.

The couple’s townhouse, newly remodeled by architects Guard Tillman Pollock, had a two-story glass wall overlooking a long, narrow backyard. Stuart-Smith planted strategically Dicksonia antarctica, hairy-trunked tree ferns from Australia with canopies as big as 20 feet in diameter. It was a bold move, and a brilliant one. See more of Tom Stuart-Smith’s work here. 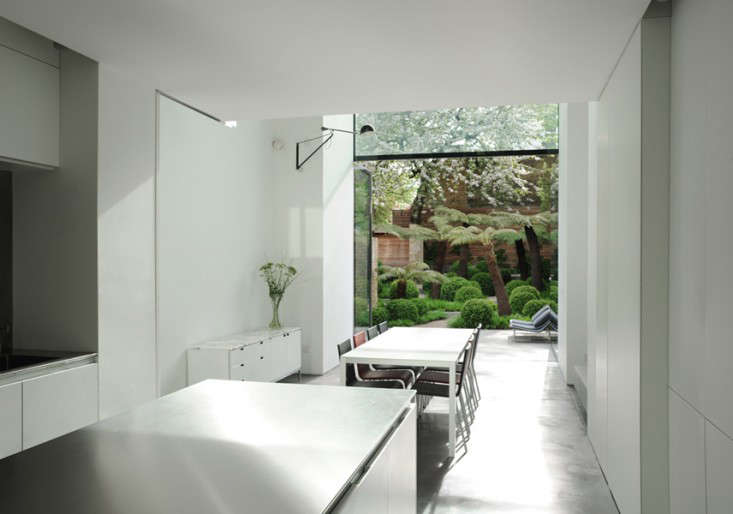 Above: The setting called for “some sort of primitive wildness in the city,” Stuart-Smith said. Visible from the kitchen is a garden where texture and form triumph, and where the mood is, as Stuart-Smith wished, otherworldly. 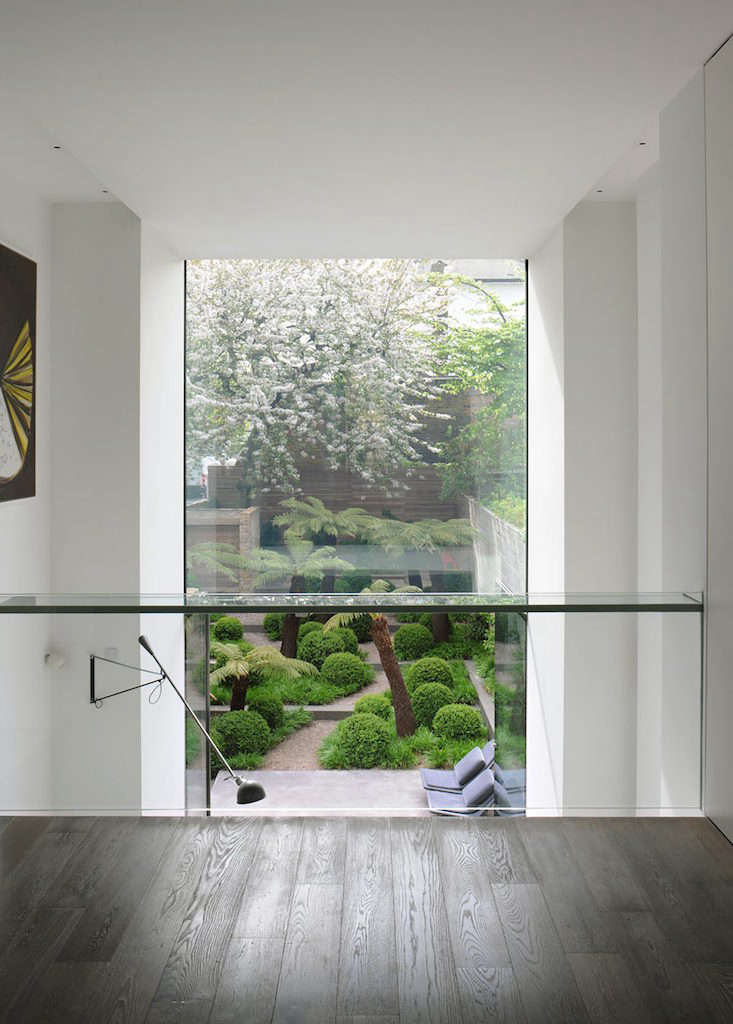 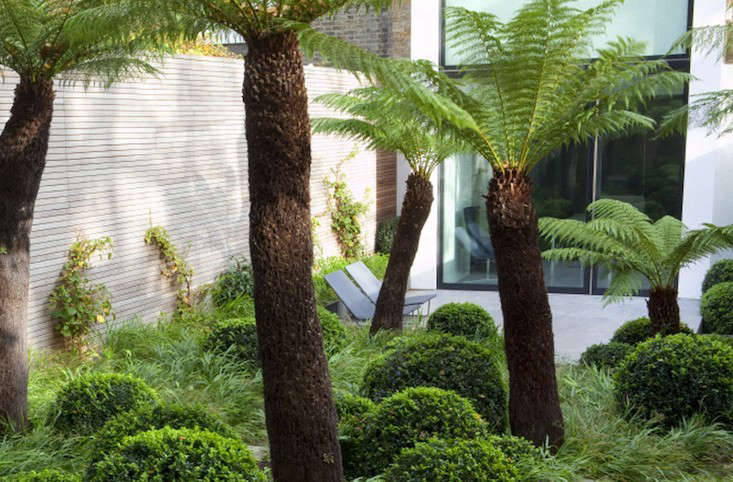 Above: The tree ferns with hairy trunks and parasol fronds grow among clumps of rounded boxwood, creating a juxtaposition of textures and silhouettes. Horizontal hardwood slats cover brick walls that are lined “like a cigar box,” Stuart-Smith says.

Above: From the second floor landing (L), the garden is a tempting mystery. The terrace (R) is cast concrete, edged with cloud-pruned boxwoods. 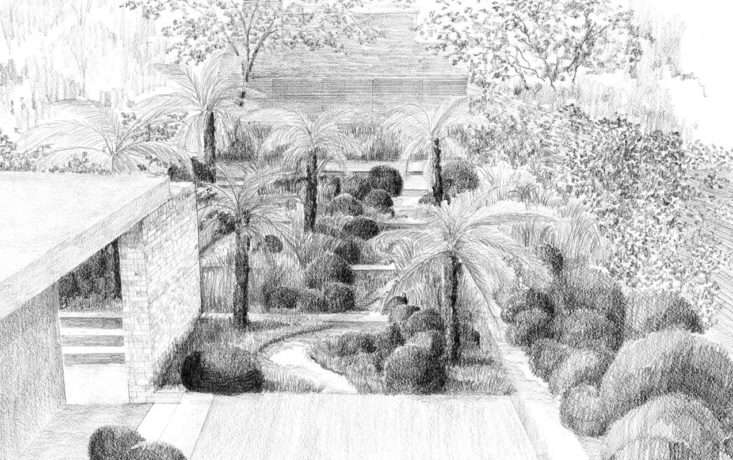 Above: Stuart-Smith’s design for the garden, which measures approximately 65 feet long by 30 feet wide, takes into account an elevation change from the terrace to the back of the garden, where he designed a small sandpit. Drawing courtesy of Tom Stuart-Smith Ltd.

In every garden, a visitor should be able to go on a journey, Stuart-Smith believes. In this one, a traveler walks past feathery grasses and boulders of boxwood to reach a distant destination. “The idea of the place is that even within a relatively small space there can be a liberating sense of other worldliness,” says Stuart-Smith. “The moment you cross the threshold you are in a different world.” 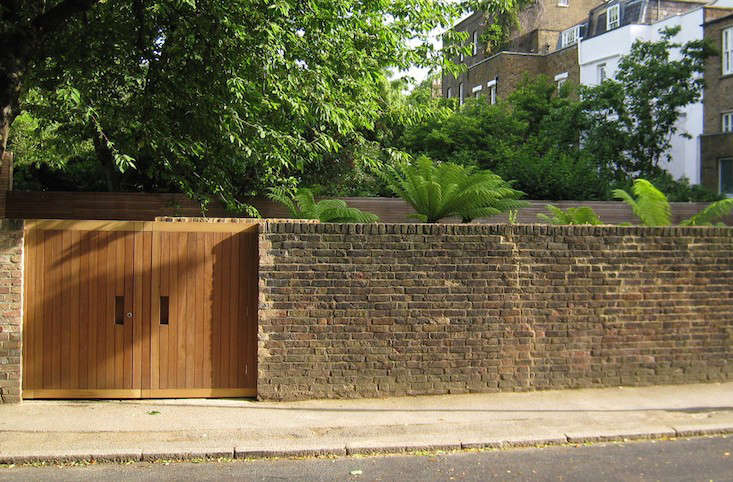 Above: From the street, the garden is a hidden oasis, its privacy guarded by a high brick wall.

For more of Tom Stuart-Smith’s inimitable way with plants, see: