The film tells a story of new and old, of loneliness and companionship, of past and future—and through it all, there’s an unlikely gardener.

Robot + Frank, a new Samuel Goldwyn Films release, follows the story of Frank Weld (played by Frank Langella), a “retired” thief living in upstate New York in the near future. He faces a bevy of life and health problems while living alone. When his son buys him a “VGC-60L” robot aide to take care of him, Frank’s life takes an interesting turn: Robot attempts to make him happier and healthier by cooking, cleaning—and building him a vegetable garden.

Eager to learn more about Robot’s garden-to-table mentality, we turned to Sharon Lomofsky, the film’s production designer. “I think it’s a commentary on the future when we don’t go to the store and buy a vegetables,” she says. Instead, “we go out and grow vegetables again.”

Read on to learn more about the creation of the garden and to see a few of Sharon’s exclusive behind-the-scenes photos. 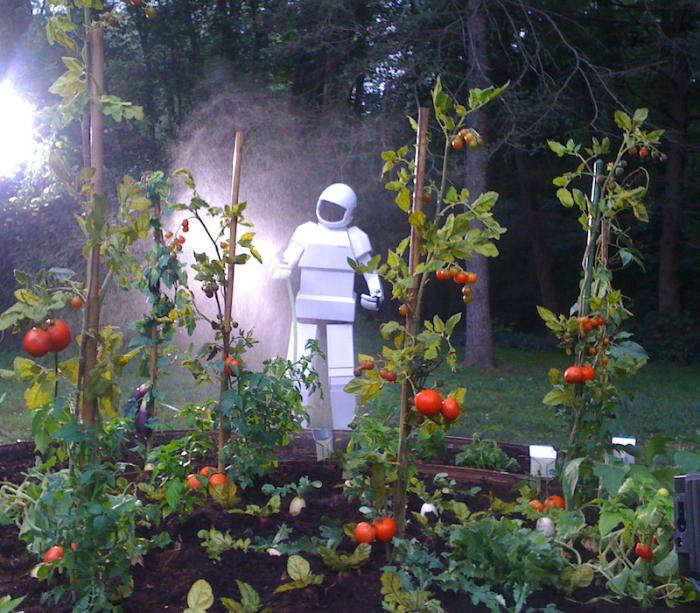 Above: Robot waters the thriving vegetable garden, for which Sharon says they planted tomatoes, eggplants, chiles, radishes, herbs, carrots, and zucchini squash. The film’s narrative occurred during a single growing season, from spring to summer. 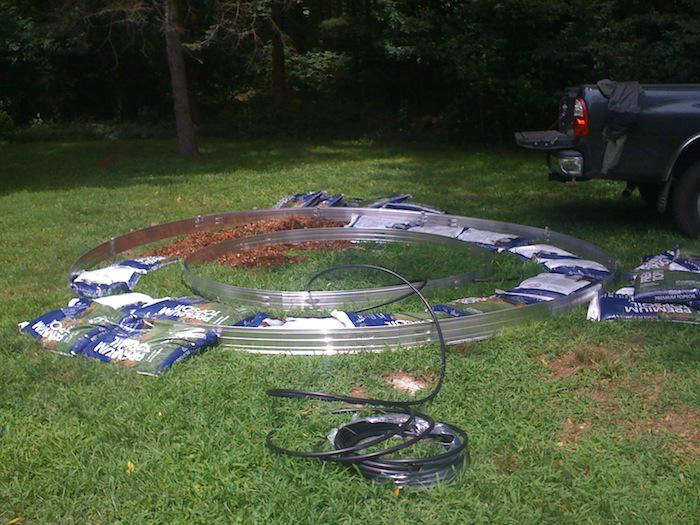 Above: When considering the shape of the vegetable garden, Sharon explains that Jake, the film’s director, envisioned a circle. “He wanted this to be a robotic shape,” she says. “A manmade implant on a natural garden.” She and the art department took aluminum edging and created circles for the exterior. “As Robot gets introduced into Frank’s life, more shiny, manmade materials get introduced.” 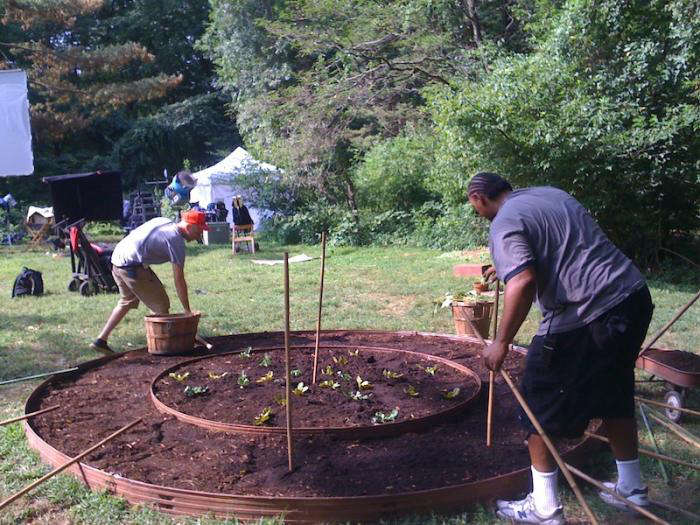 Above: Sharon said the garden was a fun set to conceptualize, design, and make. She worked closely with New York-based greensman Will Sheck on the process. 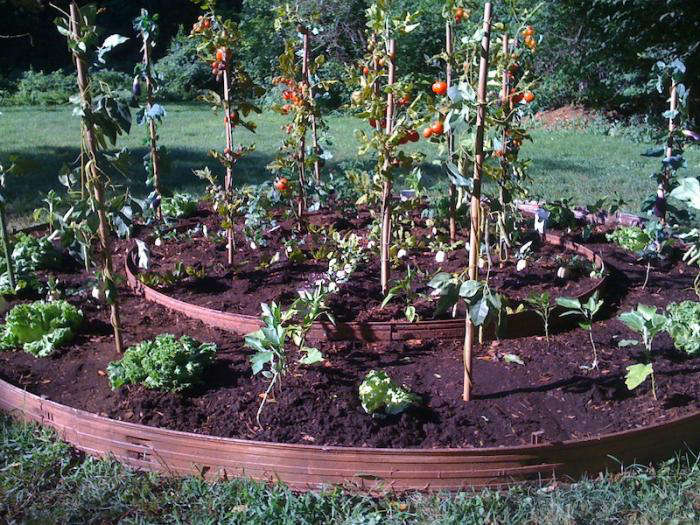 Above: The completed project. 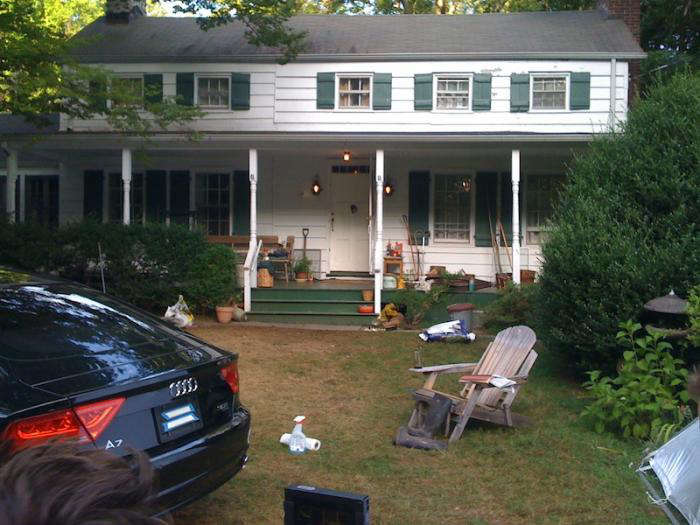 Above: On the front porch of Frank’s house is a mix of gardening and yard tools. Sharon says Robot was meant to be very resourceful in the film, choosing things from around the house and garage to use in the garden. (N.B.: For more movie gardens, see “Steal This Look: It’s Complicated Kitchen Garden.”)

Sand Ginger: An Unusual Herb to Grow and Eat at Home