It is a truth universally acknowledged, to misquote Jane Austen, that British costume dramas often star Keira Knightley and are sometimes filmed at Chatsworth. This is partly because the house features in the original books from which the films have been made. Thought to be the model for Mr Darcy’s Pemberley in Pride and Prejudice, it was also part of the backdrop to the life of Georgiana, Duchess of Devonshire and Georgiana was duly filmed here: 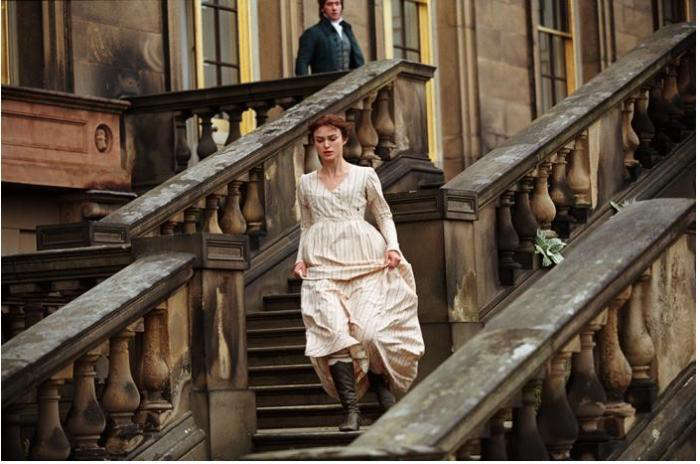 Above: Keira Knightley and Matthew MacFadyen in Pride and Prejudice (2005). Here Elizabeth Bennett runs away from Mr. Darcy, having been caught out looking around the house with her aunt and uncle. Until fairly recently it was considered quite normal to show up at a manor and ask to be shown around. Image via Working Title Films.

Above: Chatsworth, with its gold-painted window frames, seen from the west. The 105-acre garden is in the middle of a 1,000-acre park in the middle of a massive estate. There is no shortage of potential locations besides the house itself: “Entire villages, isolated houses and barns, parkland and forests, farms, lakes and rivers, moorland, quarries, schools, pubs, shops, hotels and industrial works are also available in and around Derbyshire’s Peak District,” according to the film department at Chatsworth and every country house has to make a living these days. Photograph by Giborn 134 via Flickr. 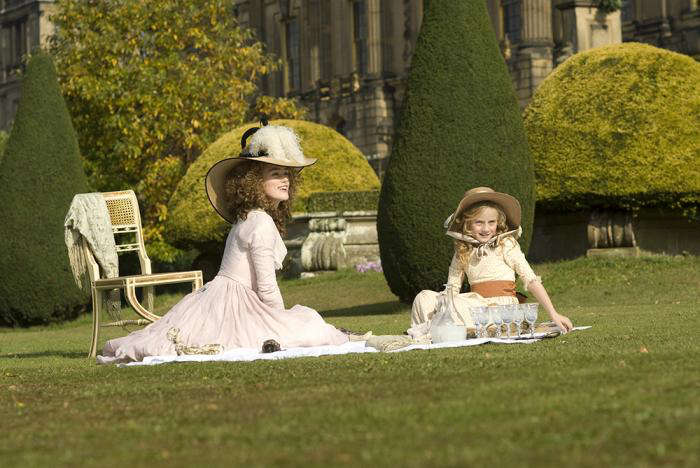 Above: Keira Knightley as The Duchess, picnicking on the lawn of the West Garden. Georgiana and her husband the fifth Duke preferred to spend time in London or anywhere rather than in the country in the middle of England. Image via BBC Films. 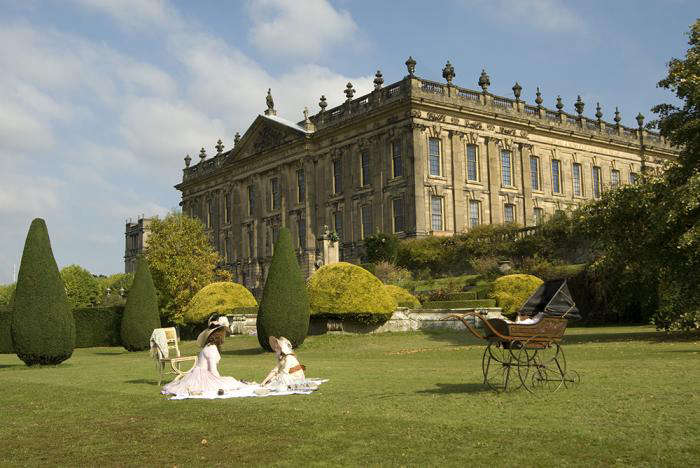 Above: Chatsworth’s West Garden and its signature topiarized yews feature in Georgiana. Image via BBC Films. 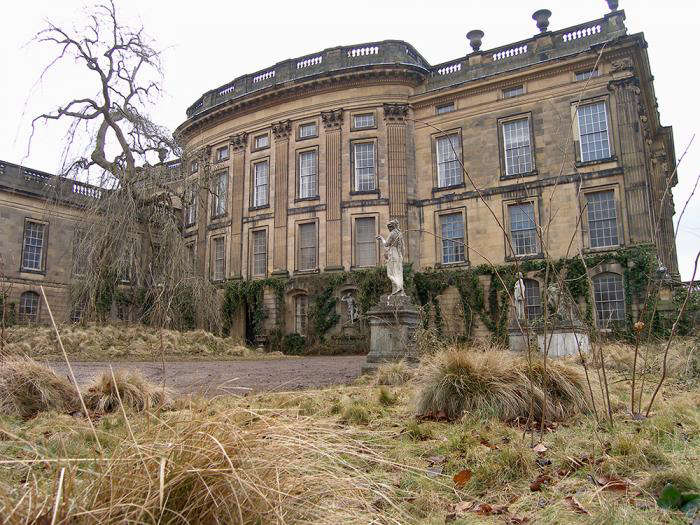 Above: All change. Chatsworth goes gothic for The Wolfman, 2010. Grass from the moors was used to cove the manicured lawns, with vines draped over the windows, which were smeared with mud. Image via Universal Pictures. 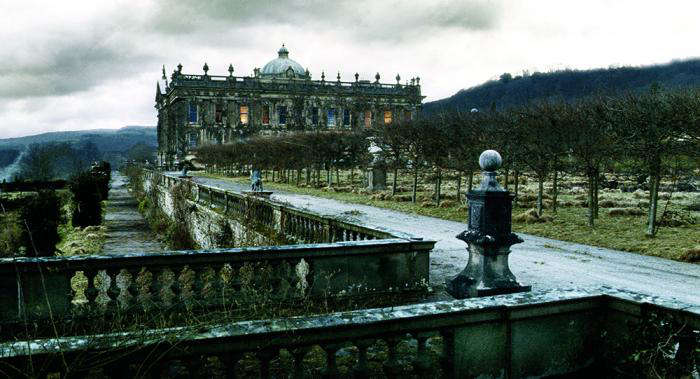 Above: The Wolf Man again. The South Front is shown with an exploding glass dome on top, the result of CGI special effects. Image via Universal Pictures. 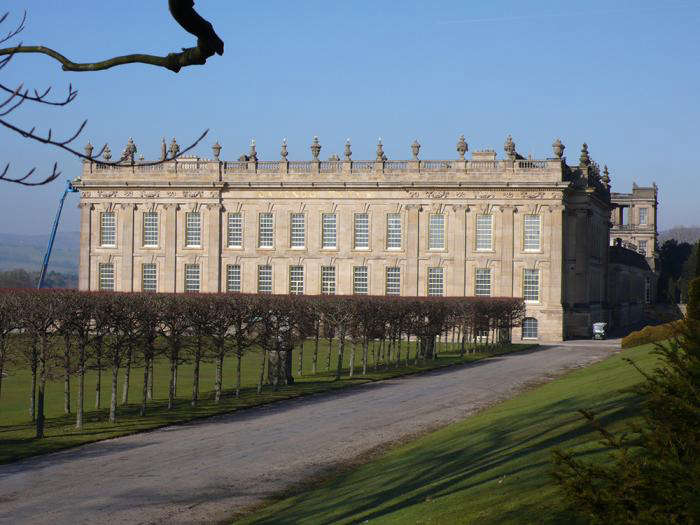 Above: The South Front on a better day. Photograph by Kendra Wilson. For more of Chatsworth’s gardens, see A Dowager Duchess’ Glorious Masterpiece.