I am at the top of a ladder under an old pergola reaching, just reaching a little farther, for the next overgrown vine. Snip, or worse—pull out some twine and tie in the unruly bits. Can anyone really tie knots while wearing gloves? The sub zero temperature has made itself known. I have no feeling in my fingers and it’s getting dark.

Ah, the joys of under-gardening in an English winter, when the work day begins in darkness outdoors and ends in darkness outdoors. It can be dangerous to lie in bed the night before listening to the weather, if it’s loud, because you will be more tired when the inevitable comes and you find yourself feeling your way out of your unlit village into the unlit countryside.

At the upstairs-downstairs–outdoors situation where I find myself, things have really “improved” since the days of dozens of gardeners. Now we are allowed to talk to each other, though sitting down is not really done, and we leave at 4.30 pm on the dot, instead of working till it gets too dark to see anything at all, as in days of yore. 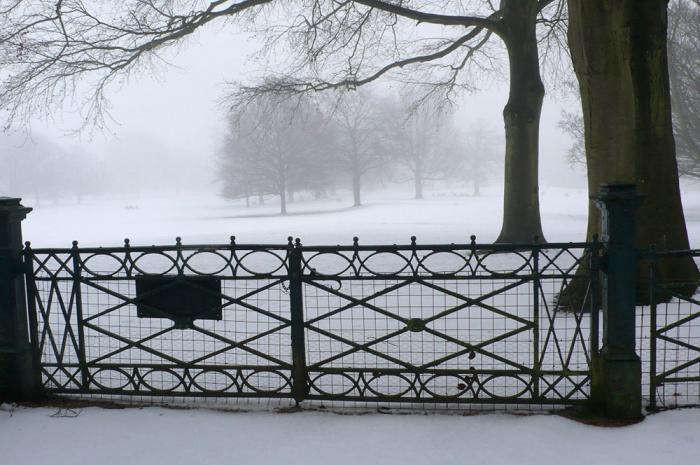 The park surrounding a big house is, however, a wonderful thing to find yourself in at any time of day or in any season. How often does anyone get such a wide open and unpopulated view, the light in this managed arcadia doing things it would never get a chance to do among walls and buildings? Still, I can’t help wondering why we have to start quite so early and does anyone realize that it’s freezing out here? Can’t we go to the potting shed for a while? 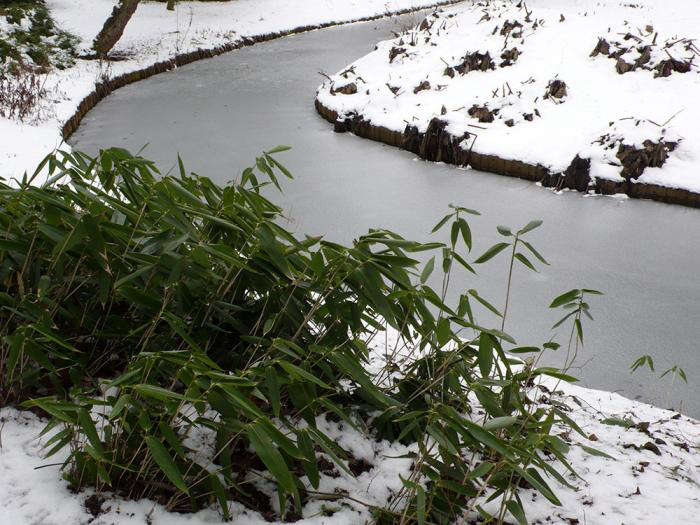 I ask a hardened plantswoman from Connecticut who now lives near Bath how she copes with winter. Her name is Derry Watkins, of Special Plants: “I only go out if the sun is shining, which isn’t often,” she admits happily. “And then just to do a bit of weeding, get stakes out, cut back but only if something is looking dreadful. I have somebody one day most weeks, weeding and spreading compost.” That is the key. Anyway, someone has to be indoors fulfilling the seed orders… What’s the worst thing about winter, I ask her. “Lack of light. I don’t mind the days getting shorter as much as their refusal to get significantly longer for such a long time,” she says. “The very worst part of winter for me is late January.” She speaks for many. 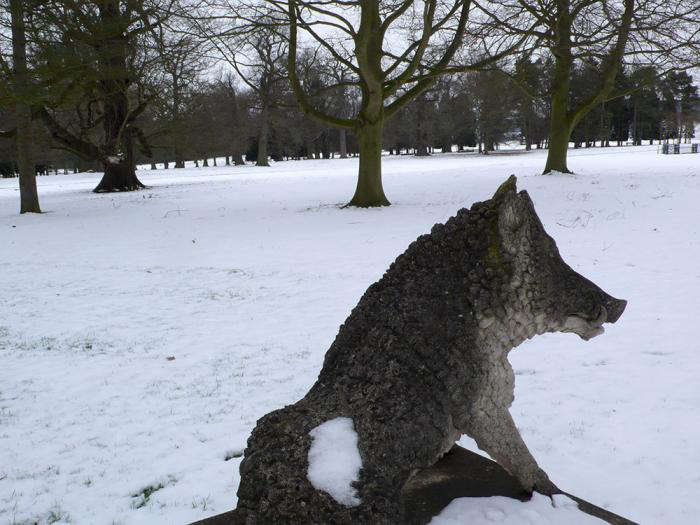 Cheerful garden designer and broadcaster James Alexander-Sinclair takes winter in his stride. “In winter I do much the same stuff that I do in summer, while wearing thicker socks.” Winter is a good time for certain things. “There is still lots of planting to do: bare root trees, roses and hedges in particular.” And now the truth: “I would, on some days at least, much rather be in bed.”

Head gardener Tracey Morgan, who works on a private estate in Leicestershire, simply loathes working in the dark. However, gardeners are positive people and she insists: “There is always tea and open fires; gloves and socks.” And there is never a lack of things to do, contradicting what most of us think when staring out the kitchen window on to a lifeless space. Oh no, there is plenty to be getting on with: digging muck into the vegetable beds, pruning the orchards, wiring and pruning climbing roses, cleaning the glasshouses, washing the pots, mucking the fruit trees, digging, planting bare roots, raking leaves, planning next year, coppicing hazel, sowing sweet peas, starting off broad beans, making wreaths, checking gutters, ordering seed potatoes, harvesting winter vegetables, moving and splitting herbaceous plants…

Now I have the killer question, one to sort out the “real” gardeners. What do you do if it rains: stand under a tree or put the kettle on? Tracey: “Put on a coat. There is always plenty to do.”

Squirrel Feeders for the Backyard