All great gardeners will tell you the same thing: don’t select plants for flowers alone. The striking blooms that entice you at the nursery are fleeting. Foliage is really king (and structure) when it comes to choosing plants and designing a garden that has impact through all seasons.

Thanks to plant propagators, the world of interesting foliage keeps expanding. They’re pushing the boundaries of what a leaf can provide. Variegation is a lack of pigment in the leaf. Variegation is not just white and green; these days, it can be green and yellow–or even pink can appear–and some leaves have a mix of it all.

Recently I went on a quest for interesting variegated hardy plants. I’d been wanting an excuse to take a drive to a nursery that has a cult following in the garden community. Broken Arrow Nursery, in Hamden, Connecticut  is known for its rare and unusual plants.  It’s not around the corner from New York city where I’m based, but it’s absolutely worth every mile I put on my Prius. 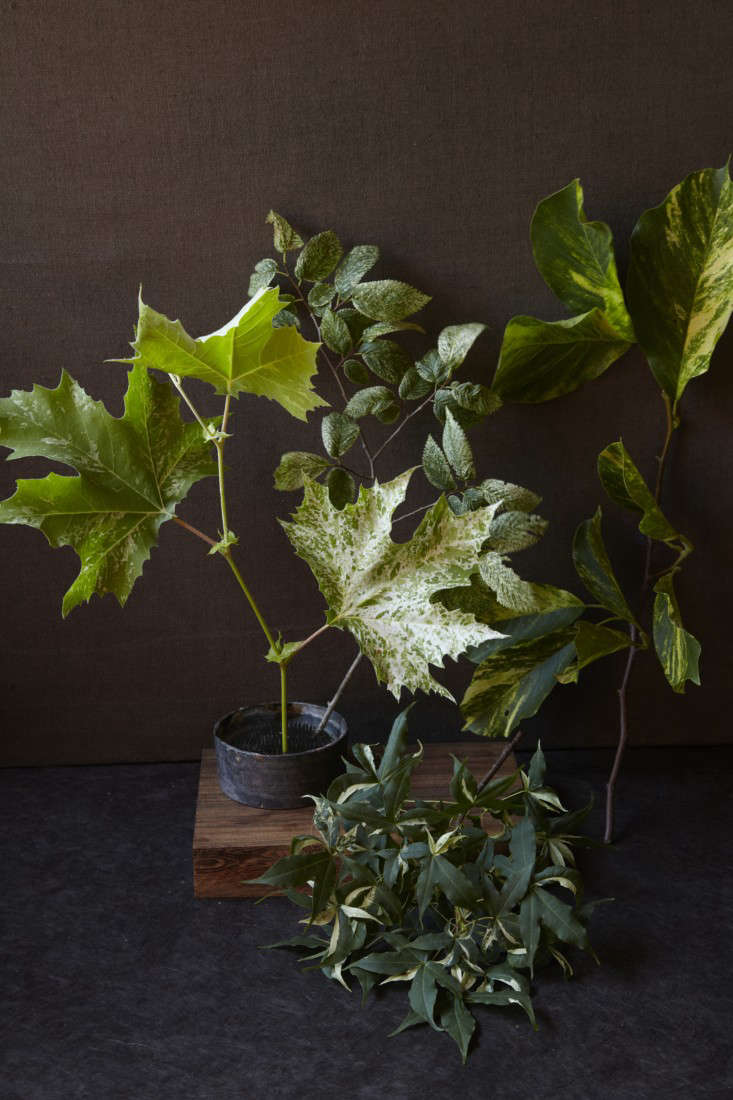 Adam Wheeler, Broken Arrow’s propagation and plant develop manager, has been with the nursery for ten years and is a wealth of knowledge. He writes the nursery;s brilliant catalog so be sure to look online or order a copy.  I keep one beside my bed and will be ordering the 2014 issue, which will be available in early February. As Wheeler says, “I look for plants for foliage first. Flowers are the icing on the cake; foliage has consistency. It adds contrast and interest to the garden. If you garden in the shade, a variegated plant is like turning on the lights. In either shade or sun, it helps to direct your eye through the landscape.”

Broken Arrow does mail order in spring and fall. The fall season ends in early December. The nursery is open year round, but through the winter months by appointment only. The season officially starts April 1 and runs to the end of October. 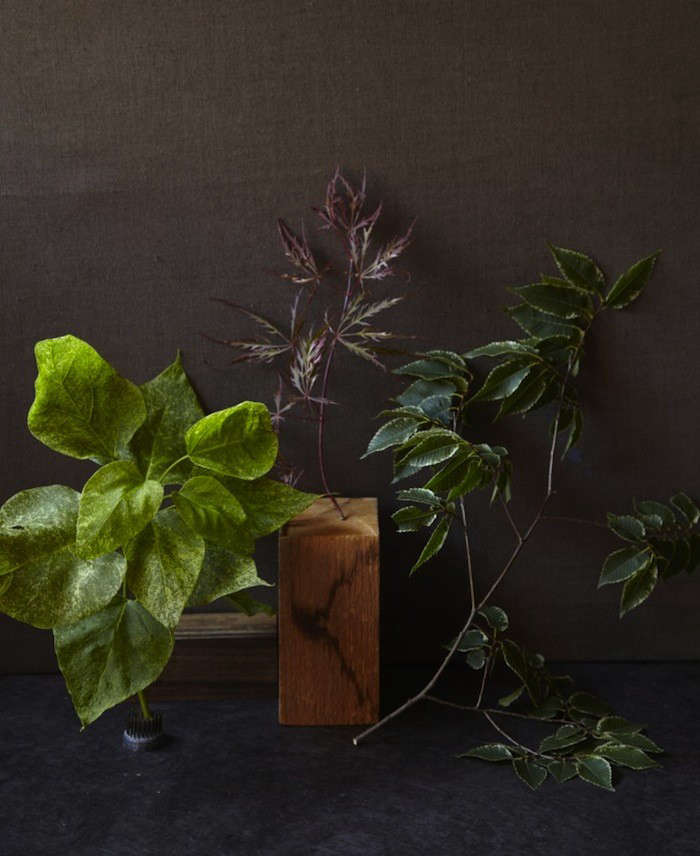 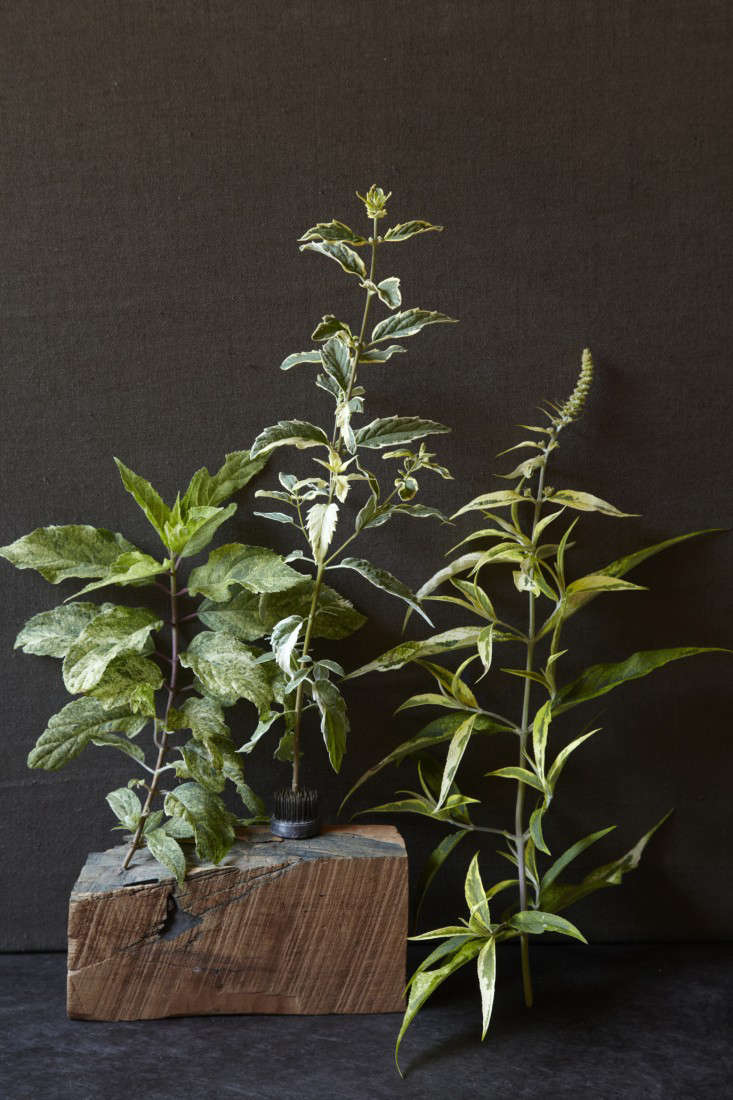 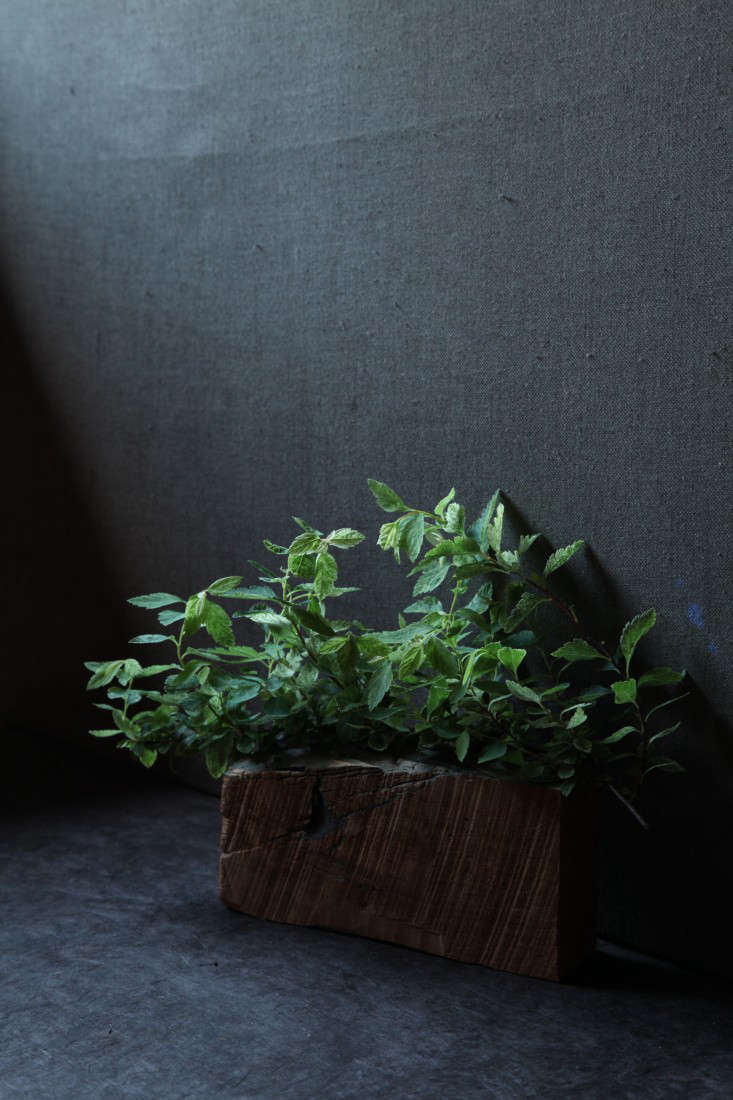 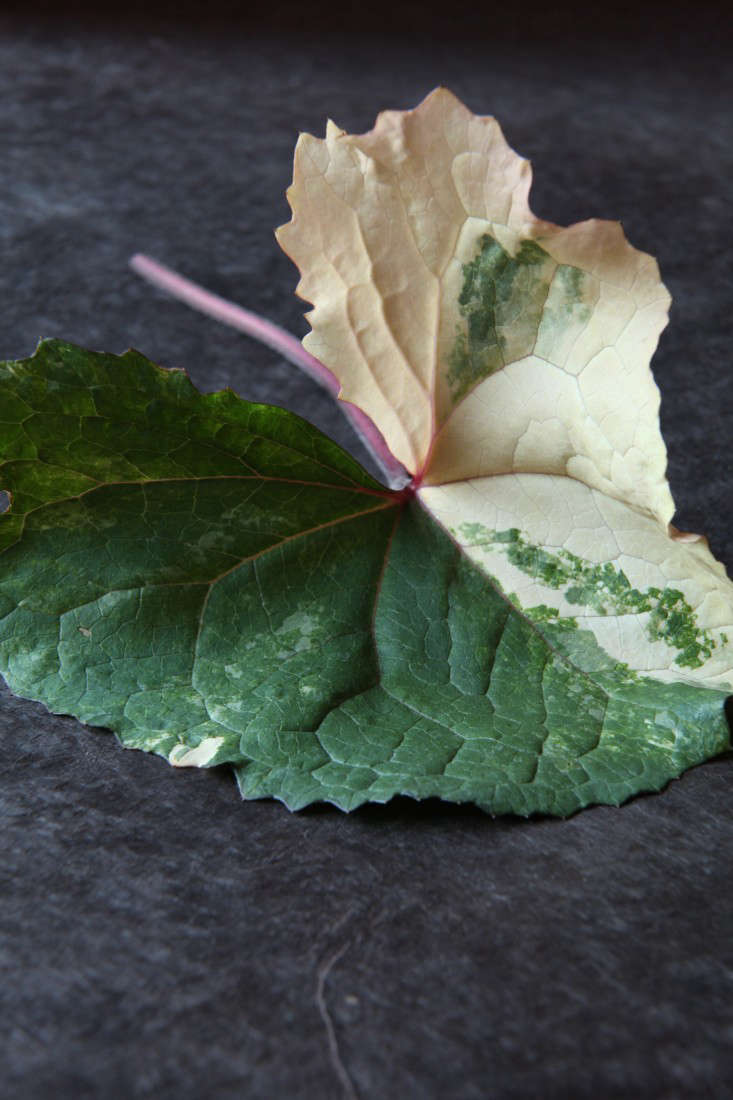 Above: A Ligularia ‘Osiris Chameleon.’ 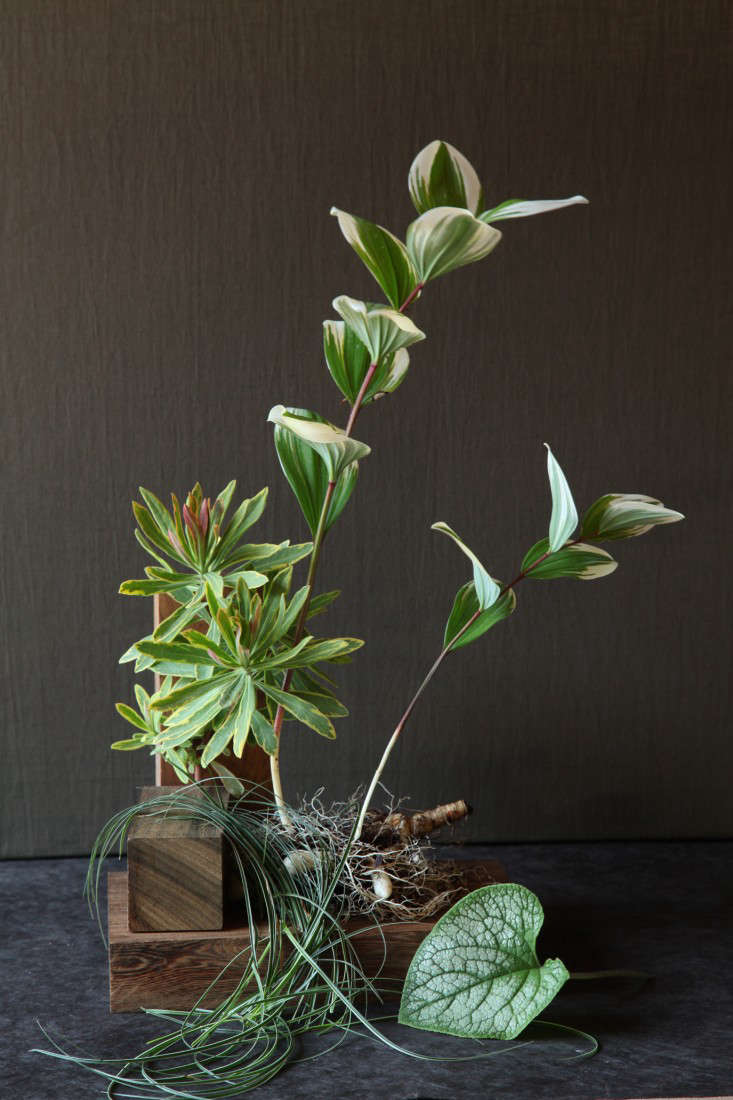 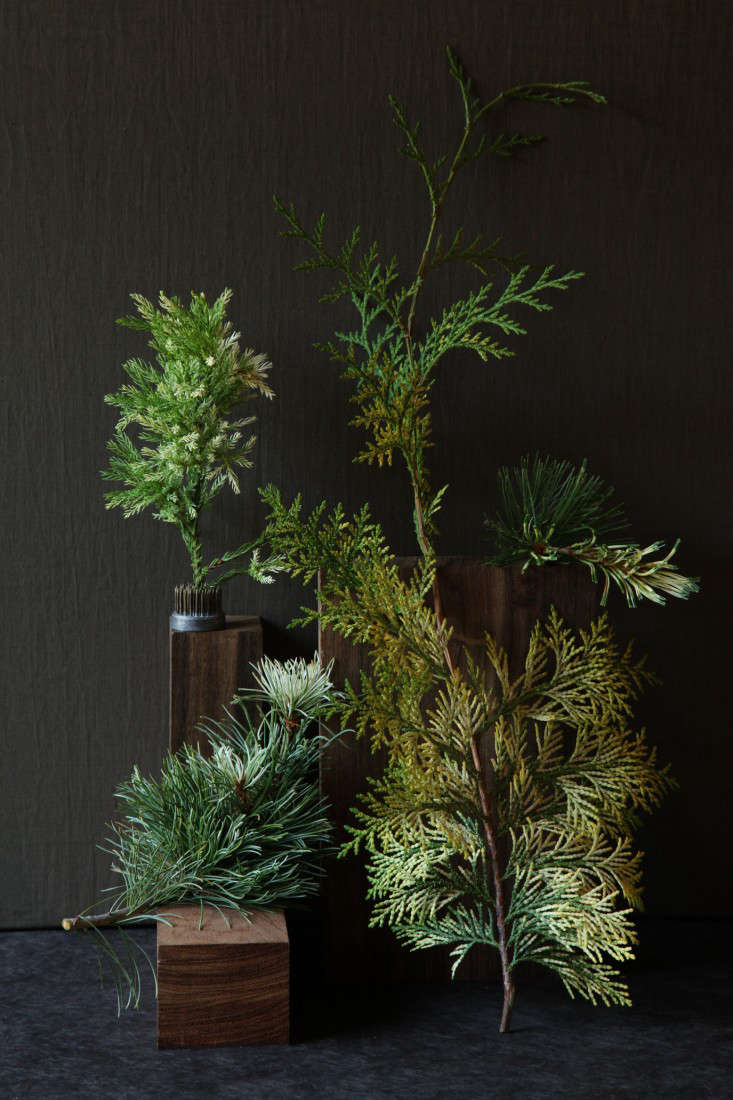 Above: At Top Left, a Cryptomeria japonica ‘Knaptonensis’; (Bottom left and upper right) Pinus parviflora ‘Tani Mano Uki’, and the long branch in the Middle is Chamaecyparis obtusa ‘Special Variegated.’ 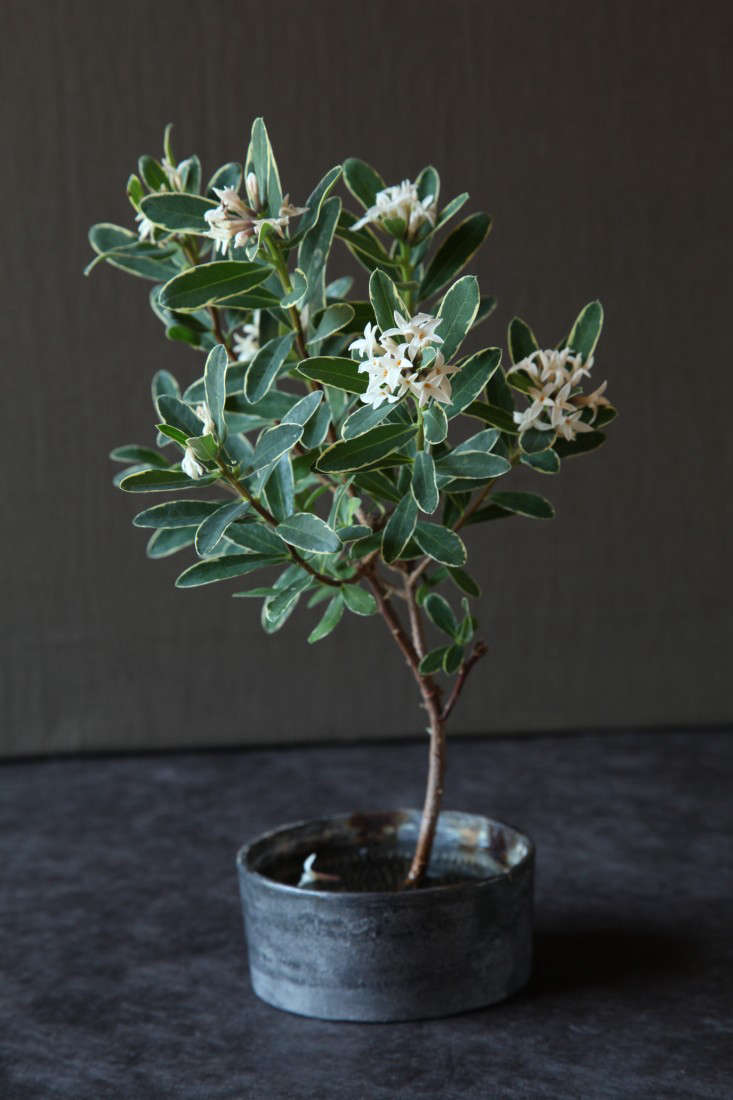 Above: A Daphne x transatlantica ‘Summer Ice’. See other varieties of Daphne’s for sale at Broken Arrow.