It isn’t easy eating bugs. Or maybe it is. Maybe they’re delicious.

At California Carnivores, a Sebastopol nursery that has assembled one of the biggest selections of carnivorous plants on the planet, you don’t see a lot of house flies buzzing around. But then you wouldn’t expect to, would you? 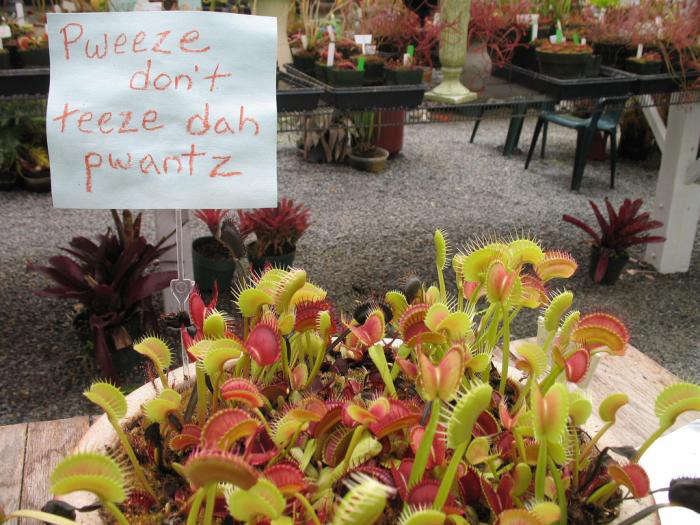 Above: We wouldn’t dare. Photograph by Orin Zebest via Flickr.

Located in Sebastopol about an hour and 15 minutes’ drive north of San Francisco, California Carnivores is owned and operated by Peter D’Amato, author of The Savage Garden.

So cheerful. So unthreatening. Let’s go in. I’m sure we’ll be fine, since we’re not bugs.

There are two kinds of nepenthes, also called pitcher plants, native to either the mountains or the lowlands of mostly tropical regions (they like warmth and moisture). California Carnivores sells both kinds. 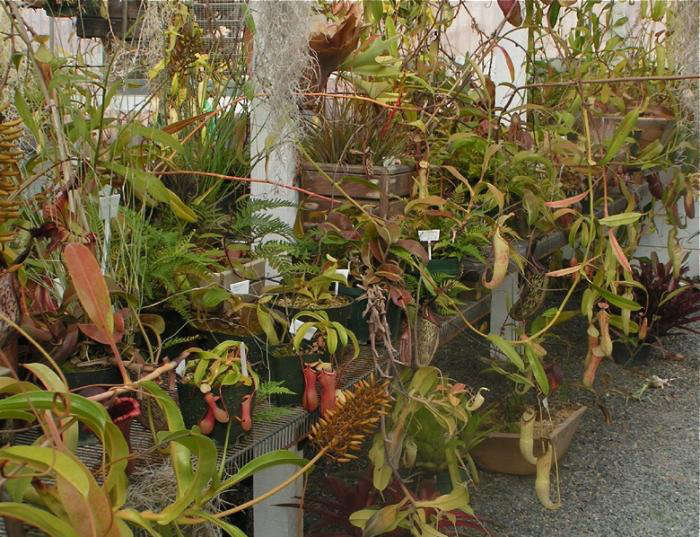 Above: Nepenthes drown prey in a syrupy trap at the base of their pitchers. Photograph via California Carnivores.

A Simple Garden in Oakland, Chickens and Bees Included