Why won’t a reluctant wisteria bloom? There are lots of possible reasons. Bad attitude, for one. This is a vine that wants its way in the garden. Show it who’s boss–and persuade it to flower–with proper care. And prune it hard.

Despite its reputation as an invasive bully in the garden, wisteria can be finicky when it comes to performing. Buy a named variety from the nursery (rather than generic rootstock). The two most common types of Wisteria–sinensis (Chinese) and frutescens (native to American)–have varieties with blue, white, or purple flowers.

Here’s how to get your wisteria vine to flower:

Roll Out a Welcome Mat

Try to understand wisteria’s mentality. “Wisteria evolved where success lay in grappling up through a shaded canopy, putting lots of energy into climbing but none into blooming until it reached full sun and ‘knew’ it was at the top. There, both physical and chemical cues tell the vine ‘this is it,'” says wisteria expert Janet Macunovich of Garden A to Z.

“Choose a point that is ‘top’, train the vine to lay horizontally there and repeatedly clip off side branches that try to continue up,” says Macunovich. “This allows the top growth to develop in horizontal position and without shading foliage above.”

Encourage side branches spaced every 18 inches or so to grow horizontally from the leader. Hard-prune the vine in early spring and then cut off the season’s tangly new growth in late summer. 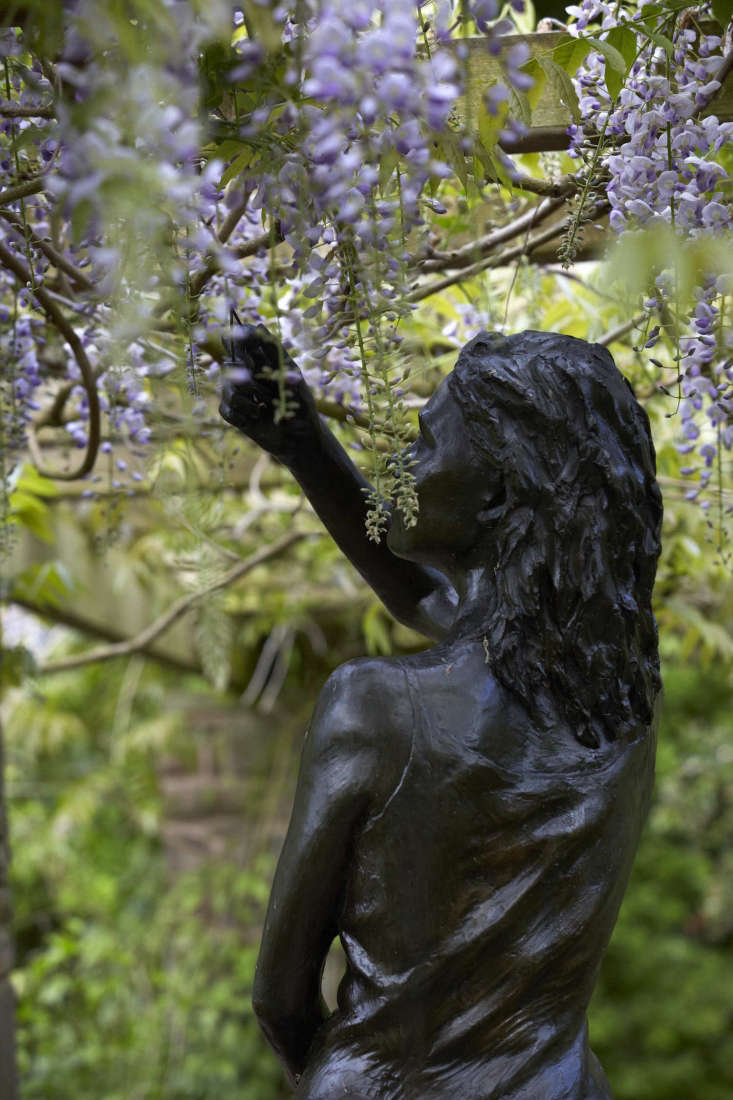 For more on wisteria, see:

Trending on Remodelista: How to Add Personality with Paint

In collaboration with: Outdoor Living: The Chef-Designed Outdoor Kitchen, via DCS Outdoor Appliances