Mistletoe has a pagan mystique which has made it unwelcome in churches but popular at parties. Long considered an aphrodisiac (though the berries are toxic), the kissing bunch pre-dates by millennia the Victorians and their rituals.

The appeal of bringing mistletoe indoors during the winter solstice lies in its evergreen nature. Like spruce and holly, its living greenery reminds us that spring will come. During the colder months outdoors, its parasitic growing habit gives the impression of blithe green globes decorating dark, dormant trees. The Druids and Vikings considered mistletoe to be sacred.

Photography by Kendra Wilson and Jim Powell, for Gardenista. 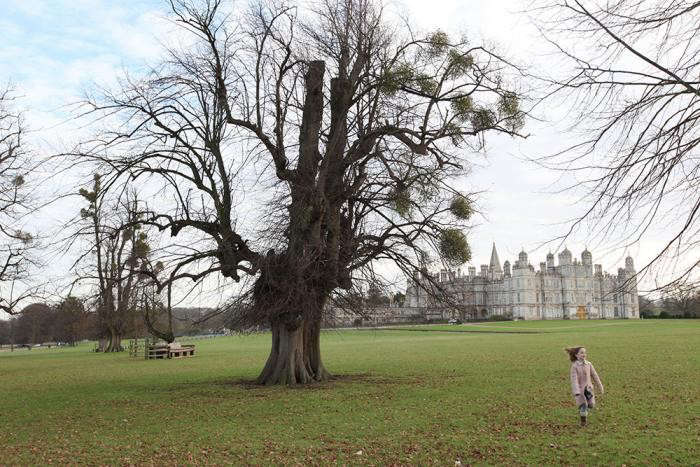 Above: The name “mistletoe” is a Celt translation meaning “dung twig.” Seeds are passed from birds and will germinate on the branches of a host tree come spring: They are very sticky. 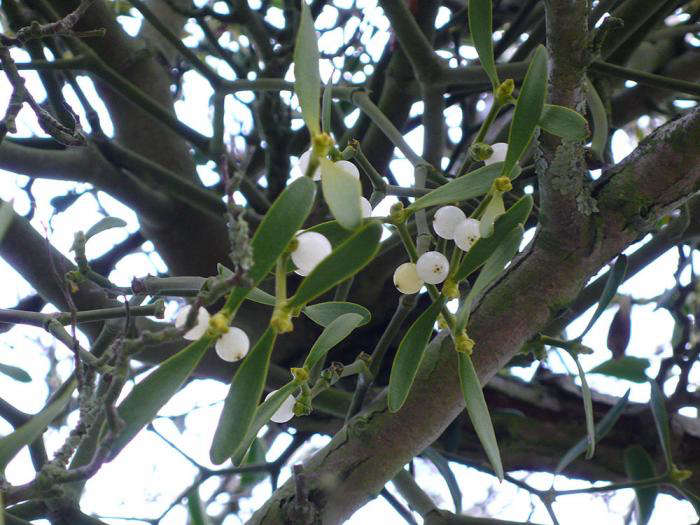 Above: At Burghley House near Stamford, Lincolnshire, the ancient beeches in the deer park are host to happy colonies of parasitic mistletoe. The spheres, scores of feet in the air, have a decorative effect around the imposing Elizabethan palace. Burghley House was built by William Cecil, chief adviser to Elizabeth I. 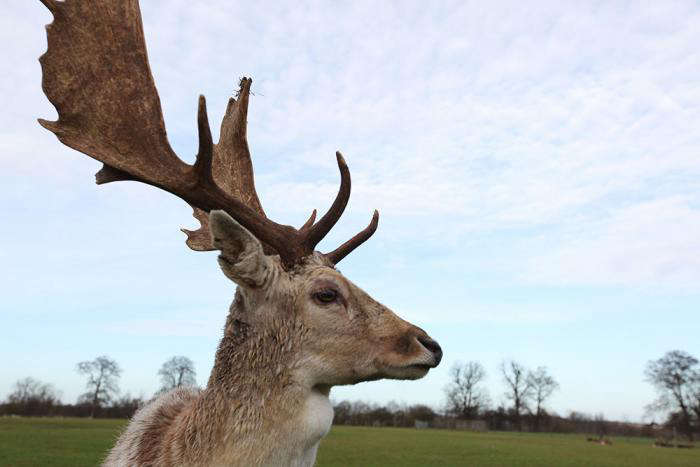 Above: The evergreen baubles around the park in winter are complemented by hundreds of deer. 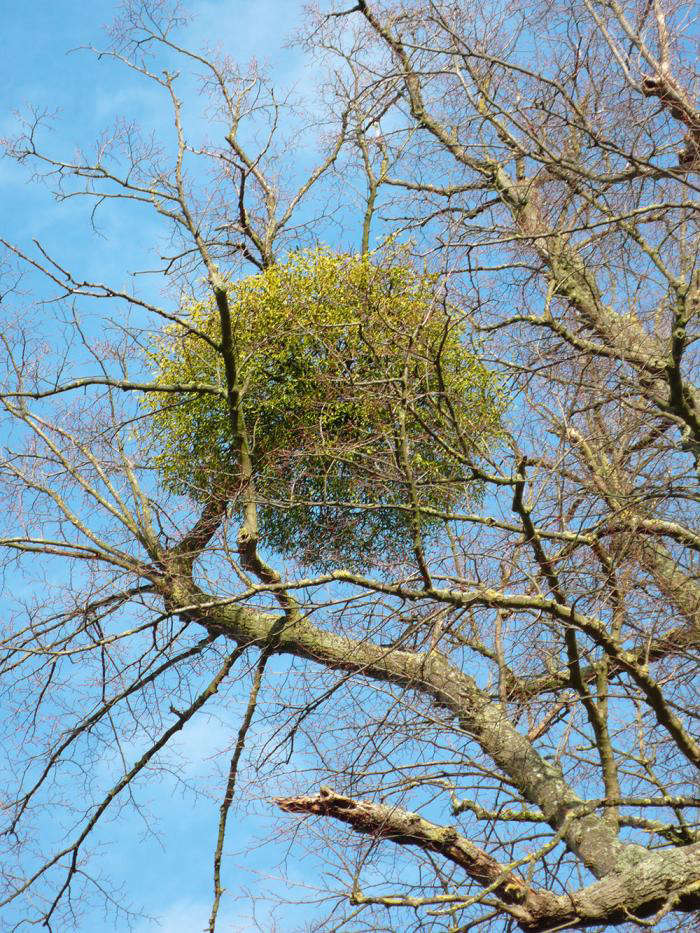 Above: The vibrant green colonies are a far cry from the tiny bunches of mistletoe we often see indoors. 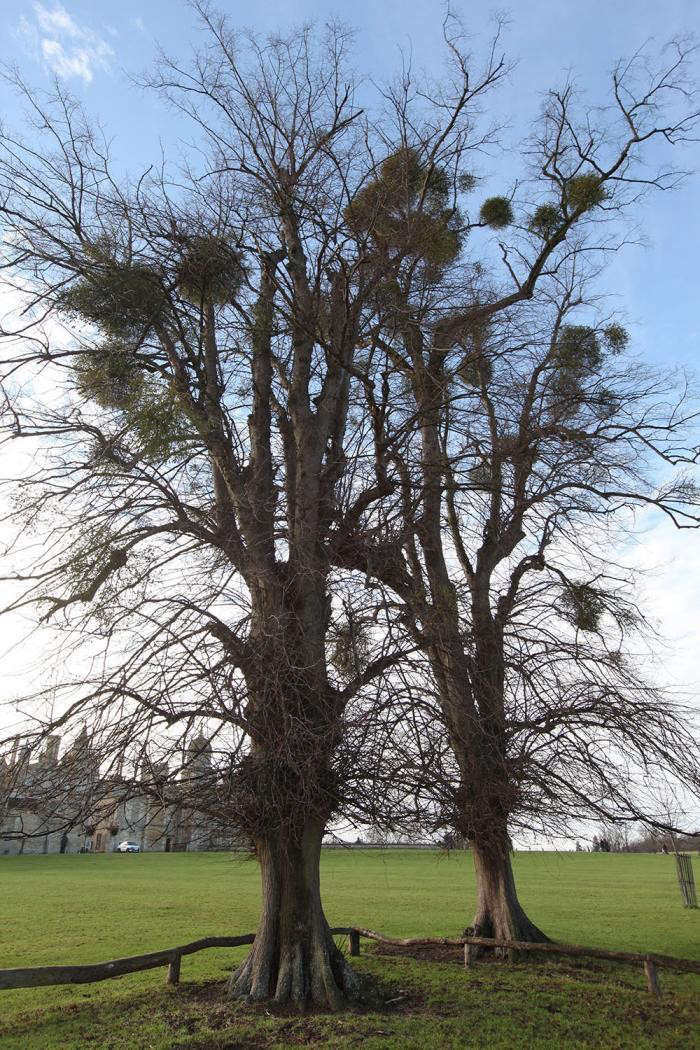 Above: Four years pass between germination and the first berries, and each shoot puts out two new leaves a year. It is a slow business, making these Dr. Seuss-like specimens all the more impressive. 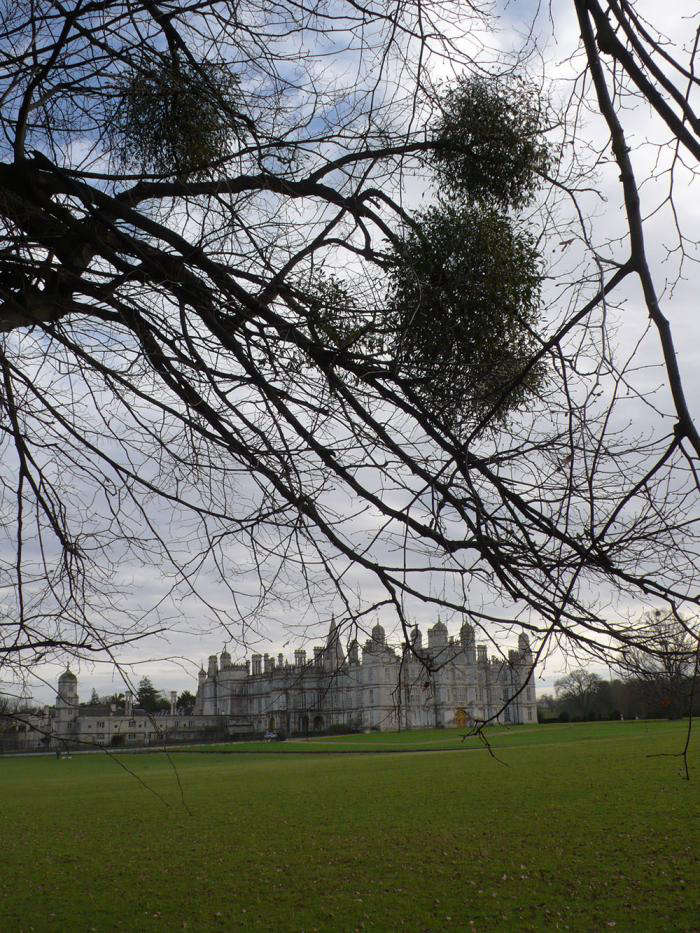 Above: The park around Burghley is one of more than 170 designed by 18th century landscape architect Capability Brown. The ha-ha in the distance is a ditch that provides a seamless barrier between the house and the park, keeping animals and children at bay without obstructing the view.

N.B. This is an update of a post that originally published on December 22, 2012.

Finally, get more ideas on how to successfully plant, grow, and care for mistletoe with our Mistletoe: A Field Guide.