By mid-July, farmer’s markets across the United States are starting to look downright decadent. No longer limping along with only spring greens and radishes, at this moment farmers’ stands are filling with exactly the kind of bounty we crave in summer markets. We’ve been so impressed by the variety of products being hawked at our own local markets that we wanted to see what’s looking good this week in other places. We sent photographers on a mission to capture the essence of their local farmers’ markets in pictures.

First up is the Portland Farmers Market at Portland State University, as seen by local photographer Michael A. Muller.

Located in downtown Portland on the edge of the Portland State University, the main Portland, Oregon farmers’ market is just one of eight that dots the city throughout the growing season. Because stands at the market are evenly split between those selling local produce and comestibles for carting home, and those selling coffees and foodstuffs to enjoy during the market, it can be a smart place to head on a Saturday whether you’re shopping for a week’s worth of meals or just hoping for a light lunch.

Michael Muller had this to say: “The downtown Portland farmers’ market is one of the best I’ve seen in the country; on par with all of the good California ones but with the addition of the fresh mushrooms, berries, and fresh seafood which kind of sets it apart.”

Being surrounded by leafy shade trees and serenaded by local musicians while you shop only heightens the experience. One of Michael’s favorite stands is Spring Valley Organic Farm, which comes to the Portland market from Albany, Oregon with a broad range of seasonal produce. Another favorite is Olympic Provisions, a charcuterie company with restaurants in Portland. For meals ready to eat on site, local Portland restaurant Verde Cocina has a stand that does the trick.

Michael explains, “They make fresh tortillas on site–the old-fashioned way–and they use veggies from the market and griddle them up to make tacos.”

Photographs by Michael A. Muller for Gardenista. 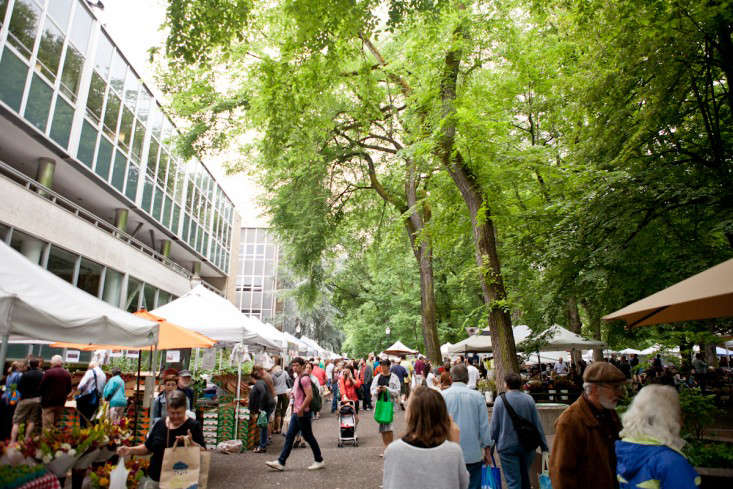 Above: Shoppers at the main Portland Farmers Market at PSU in downtown Portland. 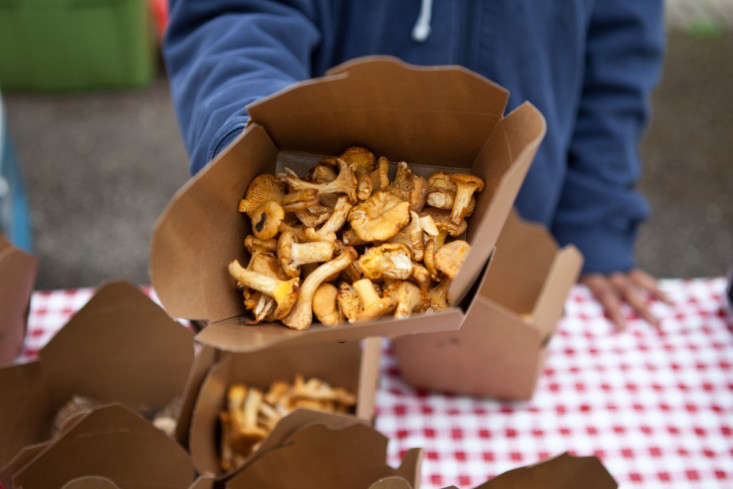 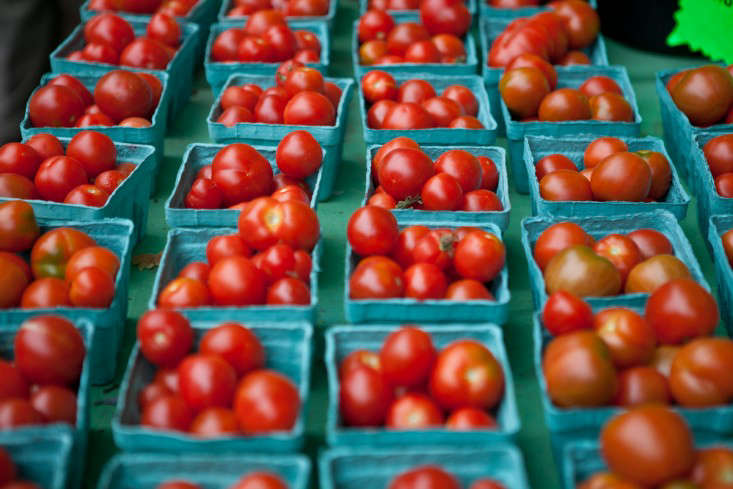 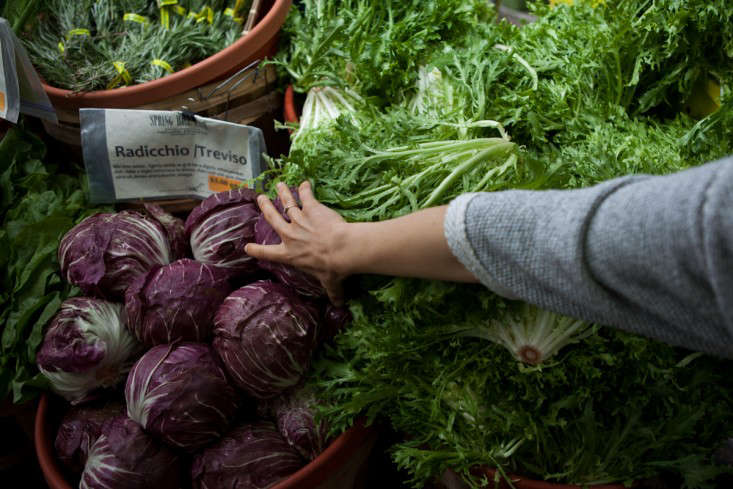 Above: A shopper reaches for radicchio at the Spring Valley Organic Farm stand.

Above: An artful display of weathered bins is stuffed with fresh produce at the Gathering Together Farm stand. 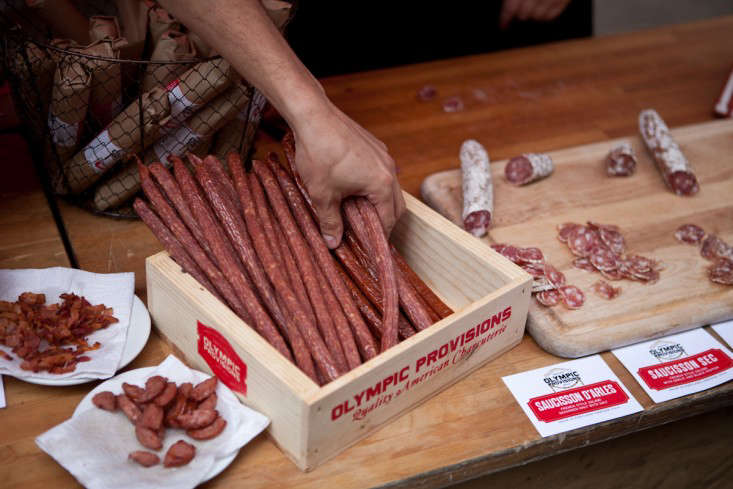 Above: Locally made charcuterie from Portland’s Olympic Provisions. 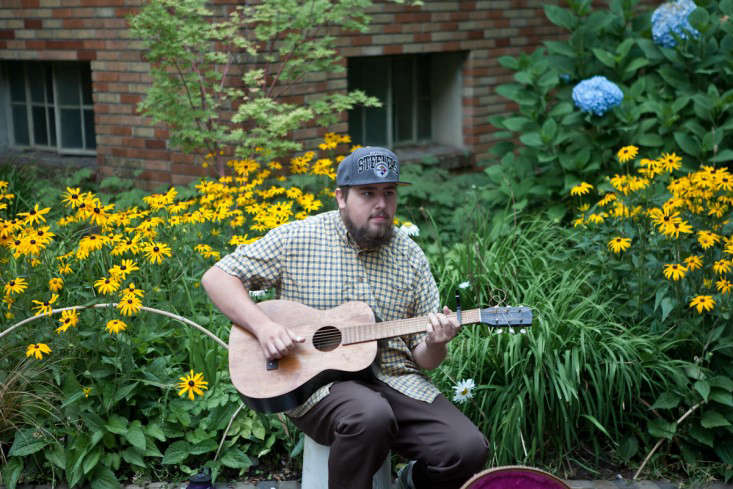 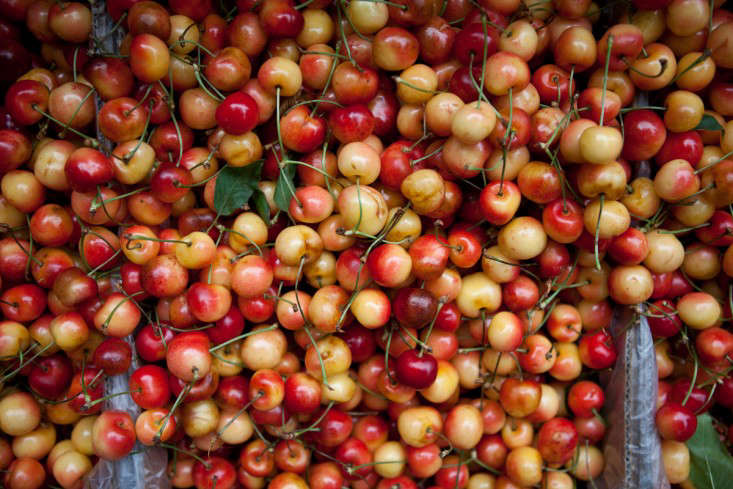 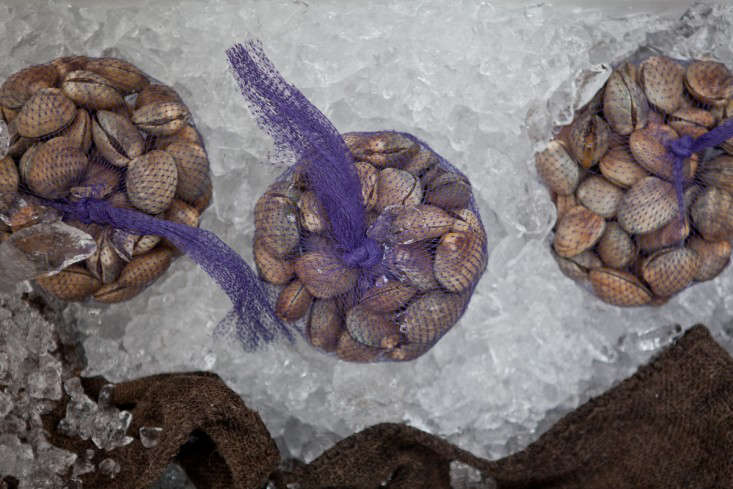 Above: Oregon clams just harvested from the coast.

Above: Verde Cocina serving up fresh tortillas for shoppers who don’t want to wait to go home to cook.

Above: Verde Cocina incorporates vegetables sold by local vendors into their burritos and tacos. 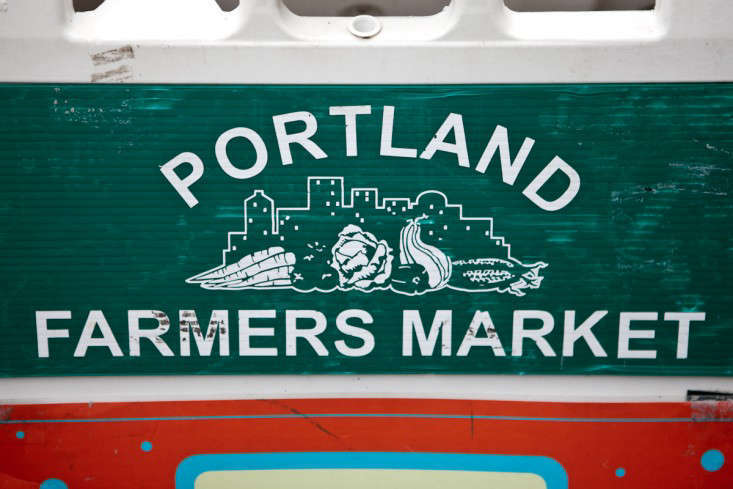 Above: The Portland Farmers Market at PSU is reachable by foot, bike, car, or TriMet lightrail.

Made in the USA: The Ultimate Gate Latch