The conversation started like this: “In a garden, you shouldn’t know what’s going to happen next,” the client said.

This is exactly the sort of statement that landscape designer Kennedy McRae, a self-described “natural risk taker,” likes to hear. Mr. McRae, a partner at Earth Inc., surveyed the situation behind the client’s Victorian-turned-modern house, where a recent renovation had left the 18-foot-wide by 80-foot-deep backyard looking like a construction zone. He saw a few survivors, the last of multitudes of plants collected over the years. “Let’s start by talking about how you want to use the yard now,” he said. The result? An unapologetically urban garden in the heart of downtown Toronto, with plenty of surprises: a subway-style steel catwalk that leads to a distant deck, a bird sanctuary, and its own modern river (one inch deep). 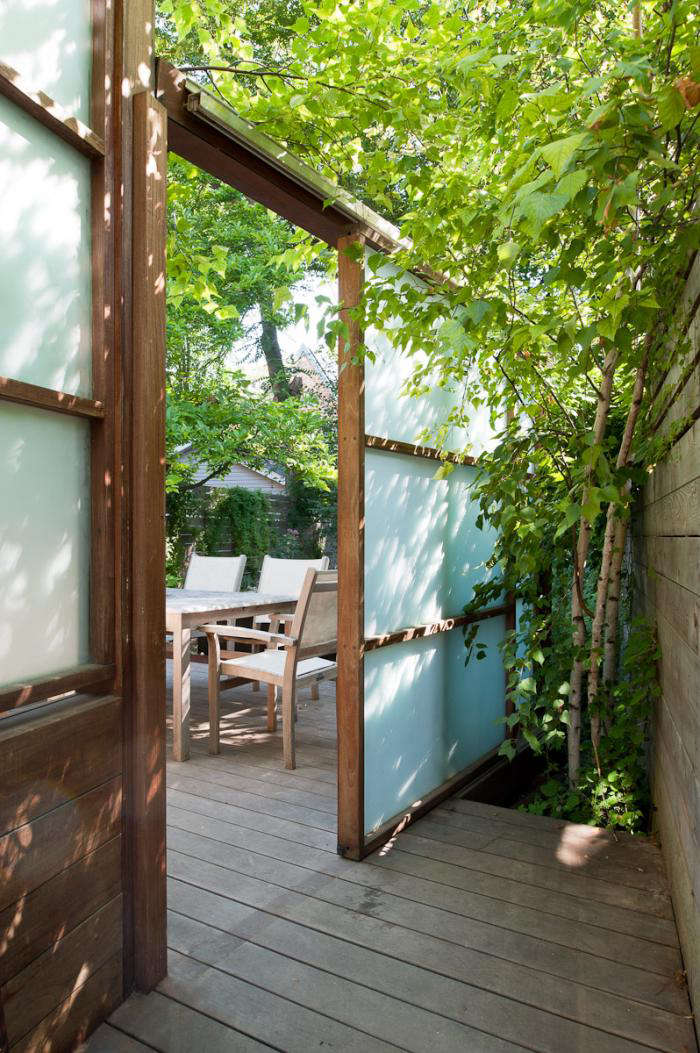 Above: The patio, where the clients entertain frequently, is four steps down from the kitchen. 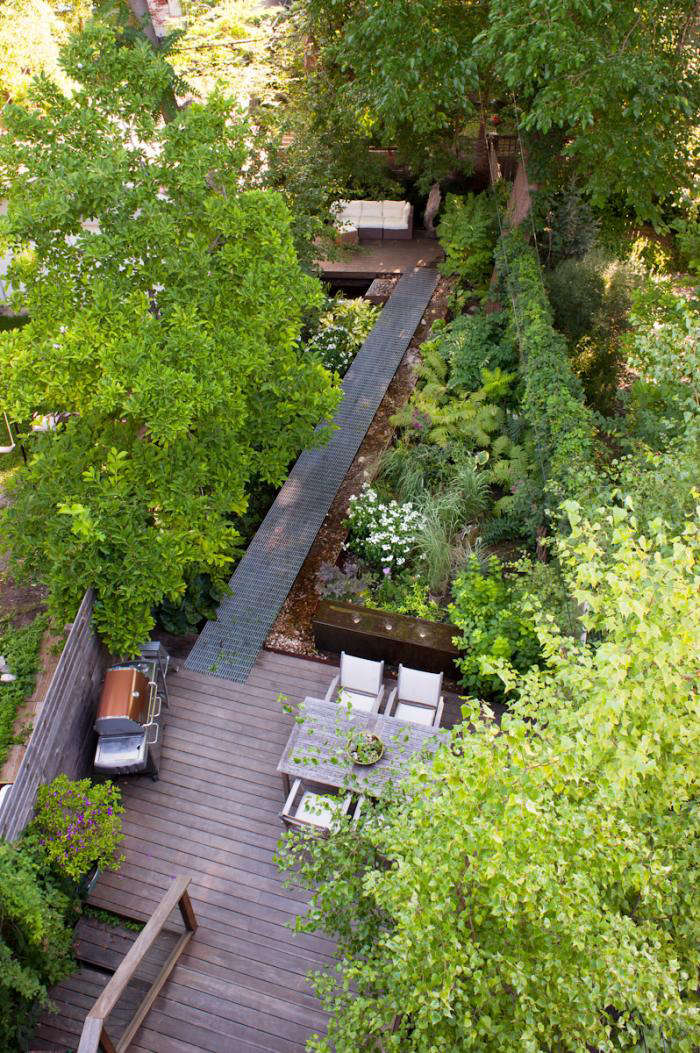 Above: The garden’s connective tissue is a boardwalk made of industrial steel grating, which floats above the hardy, shade-tolerant Lamiastrum planted below. The ground cover pokes its head through the grates from time to time. 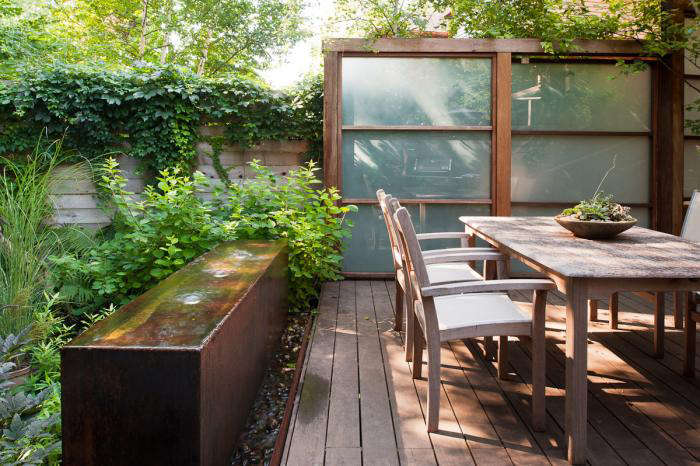 Above: From a concrete trough at the edge of the patio, water runs alongside the steel catwalk, creating a shallow river that flows to the back of the property. 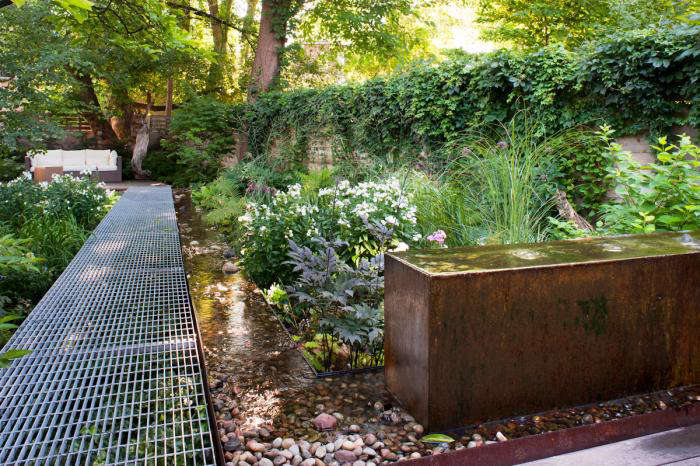 Above: Within a few months, rust from the steel “river bed” dyed the concrete trough, as well. “It looks so perfect; we got lucky because the concrete is so porous,” McRae said. Alongside the catwalk: ornamental grasses, hostas, dwarf mock orange and ferns. 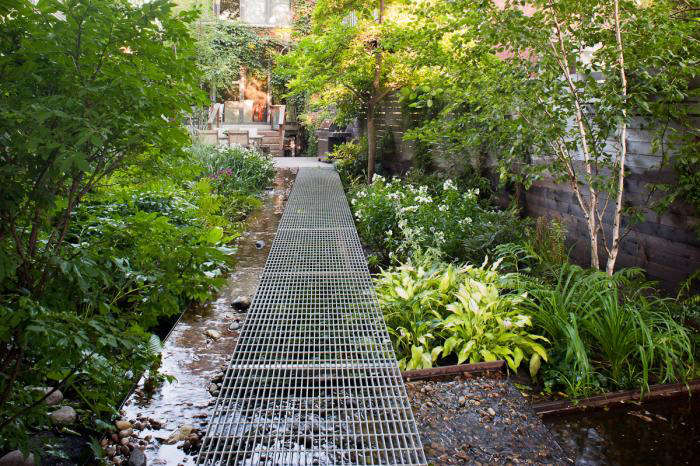 Above: The water is one inch deep, half the height of the rocks. “The water runs through the rocks, rather than over them,” McRae said. “Birds love it. They jump from rock to rock.” 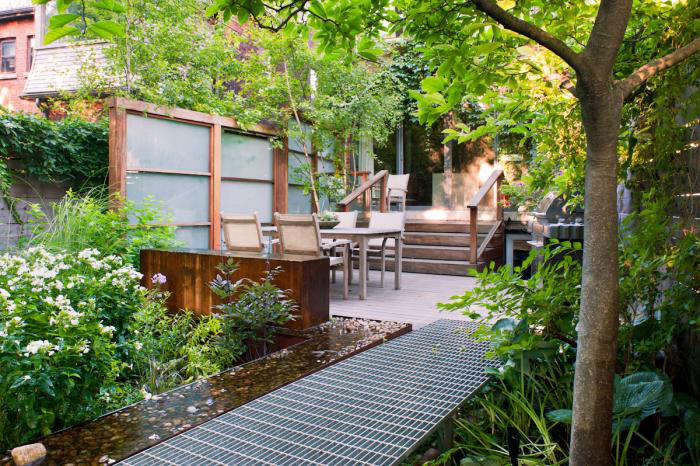 Above: Of the sturdy design, McRae said, “It almost feels as if you’re overbuilding it, but nature is relentless. You have to build up a water feature to make sure it keeps working. If it becomes at all annoying to maintain, it’s going to become a planter.” 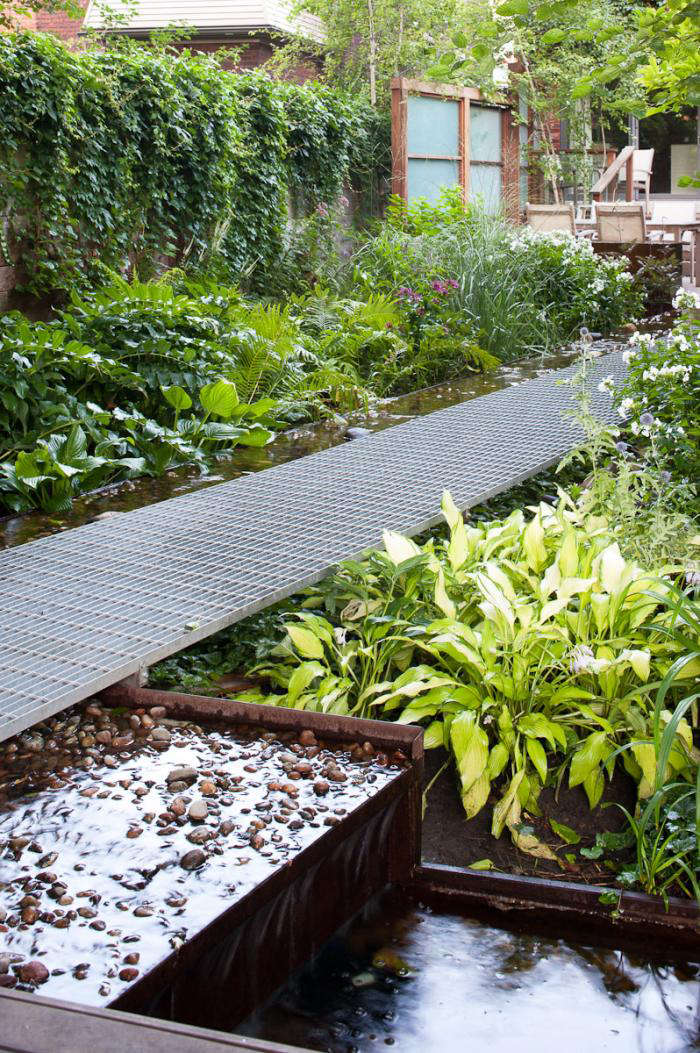 Above: On the fence: clematis and Virginia creeper. At the back of the property, water runs beneath the catwalk, is captured in a sunken basin, and is returned to the trough at the edge of the patio. “When you’re sitting there, it’s hypnotic,” McRae said.

A Floating House on Lake Huron