The fall bulb catalogs start arriving in my Brooklyn mailbox early—sometimes months early, when the spring planting is still in full frantic swing—with their tempting offers of big discounts for early orders. But there is seldom time to do anything about it before Halloween looms.

The other day, I sat down with a stack of catalogs that at first glance seemed more alike than different—they pretty much all offer tulips and daffodils, after all. But on closer examination, I realized their presentations are distinctive and to compare their service and selection, I placed small orders of bulbs from five: Bluestone Perennials, McClure and Zimmerman, Peaceful Valley Farm and Garden Supply, Breck’s Wholesale, and Dutch Gardens.

The verdict? Read on.

Photography by Jeanne Rostaing for Gardenista. 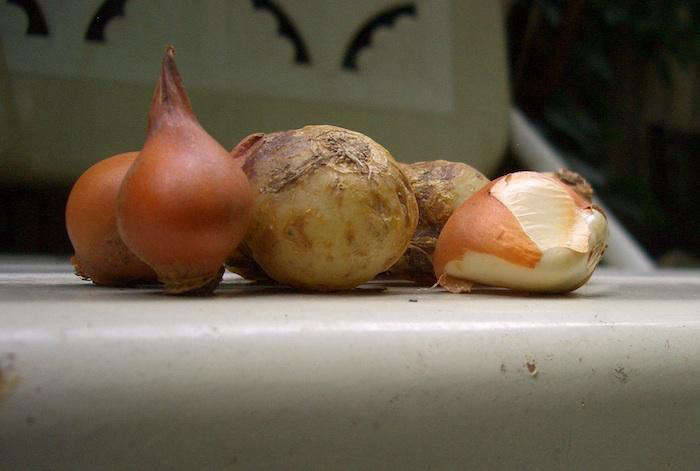 Above: Bluestone Perennials, based in Ohio, employs three generations of the family that started it in 1972. A brief folksy history of the business appears on the website and the glossy catalog features a photo of family members in athletic attire. Readers of the catalog are given a summary of the firm’s recent accomplishments and a short commentary on the unpredictability of recent weather: “We wore shorts for two weeks in March (outside!).” 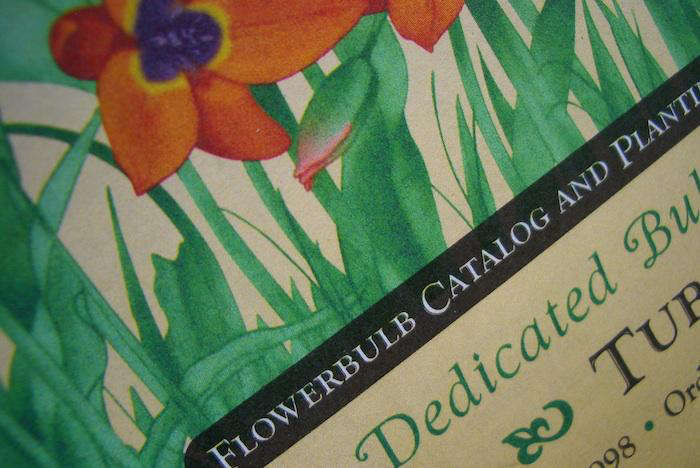 Above: McClure and Zimmerman “For the Dedicated Bulb Enthusiast” has one of the most distinctive catalogs. It is illustrated almost entirely with black and white drawings on matte paper, giving it a very low-tech, old fashioned charm. If you want to see the plants in color, their website has very nice photos. The catalog addresses customers as “Dear Bulb Enthusiasts” and exhorts people to vote in the coming presidential election.

I purchased Hyacinthoides Hispanica Indigo Blue, aka Spanish Bluebells; $7.95 for 12 bulbs from McClure and Zimmerman.

Considered invasive intruders in the UK (see The Endangered English Bluebell), their enthusiastic naturalizing tendencies make them popular with US gardeners. The catalog enthused that they are “Magnificent, easily grown garden plants” and suggested I might want to plant them among ferns or with late-blooming tulips. 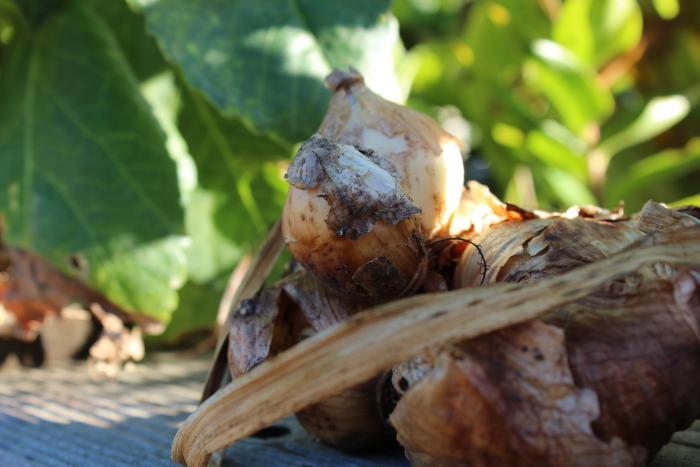 Above: Bulbs seem almost an after-thought at Peaceful Valley Farm and Garden Supply. This folksy California firm claims to be an originator of the organic growing movement. The 2012 fall catalog, printed on non-glossy stock, features a photograph of a smiling former employee now retired in Nevada and active in bee keeping. Two pages of bulb offerings come after pages and pages of vegetable seeds, including nine varieties of radishes and 22 varieties of lettuce. There is a more extensive bulb selection on the website. Descriptions are terse. I bought the “iris dwarf mix” which was offered with only the basic bloom time and height information. However, there was a nearly four-minute-long video on the website giving excellent instructions about planting and caring for bulbs.

In contrast, bulbs are front and center at Breck’s Wholesale, which claims to have a full-time staff of bulb experts who spend the entire year in Holland just picking out the very best bulbs. The glossy catalog is mostly an illustrated list of bulbs, but the website has very precise, low-key descriptions. I ordered Recurvus Daffodils ($19 for 25 bulbs), also known as the Original Poet’s daffodils, which were described online: “The small but unique yellow cup is offset by a green throat and an edging of orange red. Surrounding pristine white petals provide an artistic complement.” Image via Tiggrx via Flickr.

Dutch Gardens, despite its name, carries US grown bulbs as well as those from Holland. Its glossy catalog features enthusiastic reviews of its bulbs as well as little history lessons. The Species Tulip Mix ($9.99 for 10 bulbs) I bought had this blurb: “These species tulips trace their origins back to the mountains of Turkey, where they cover the rocky slopes with a vivid carpet of color.” The catalog is in the style of telemarketing infomercials, filled with exclamations such as “NEW!” “SUPER SAVINGS!” and “UP TO 8 FLOWERS PER STEM!” 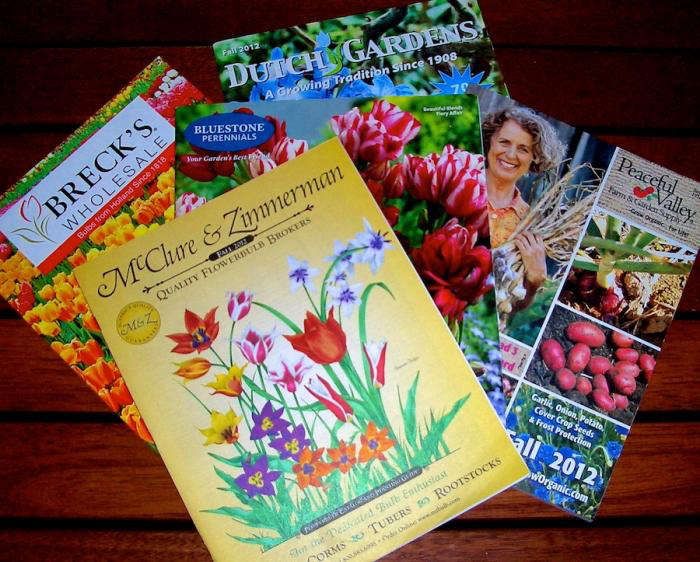 The verdict: All of my orders were accurately filled and arrived in good condition and, for the most part, in biodegradable packaging. I asked that the bulbs be sent ASAP and they all arrived within a week except for the Dutch Gardens order, which arrived a week later than the rest. 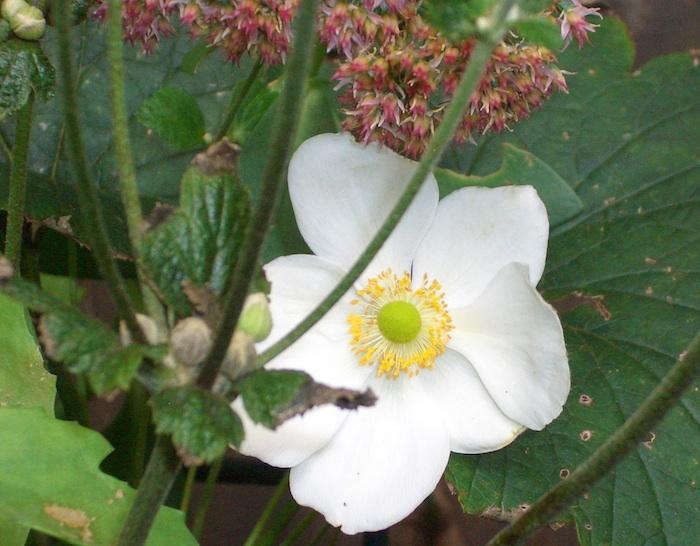 Above: I am now facing several hours of digging in my garden. But I’m motivated. I’ve seen the catalogs and I know spring in Brooklyn will be glorious.