When I visited friends Russell Glover and Angela Miller back in 1998, the drop-dead beauty of the land they’d purchased overwhelmed me–300 acres in a sleepy part of western Vermont. But when we walked through the huge empty barn and tumbledown outbuildings, I was more than a little taken aback by their plans: to rejuvenate Consider Bardwell Farm, a cheese-making operation that hadn’t shipped a block of cheddar since 1930. Whatever happened to their idea of a restful country retreat?

What happened is that Russell (a British architect) and Angela (a literary agent in New York) have turned Consider Bardwell into a thriving operation where Angela knows 100 goats by name and Russell is prone to very practical inventions, such as a mini elevator that transports wheels of cheese up and down from the caves. Their cheese is shipped across the US and served in such illustrious restaurants as the French Laundry in Napa and ABC Kitchen in New York (one of their goat cheeses is exclusive to Daniel Boulud). The farm, under the stewardship of Chris Gray, produces seven award-winning cheeses. Their latest experiment is a blue culture in the basement of their lovely 19th century home. It ages in isolation, to prevent other cheeses from catching the culture. Angela jokes that it might just turn their dining room walls blue.

Photography by Martha Pichey (except where noted). 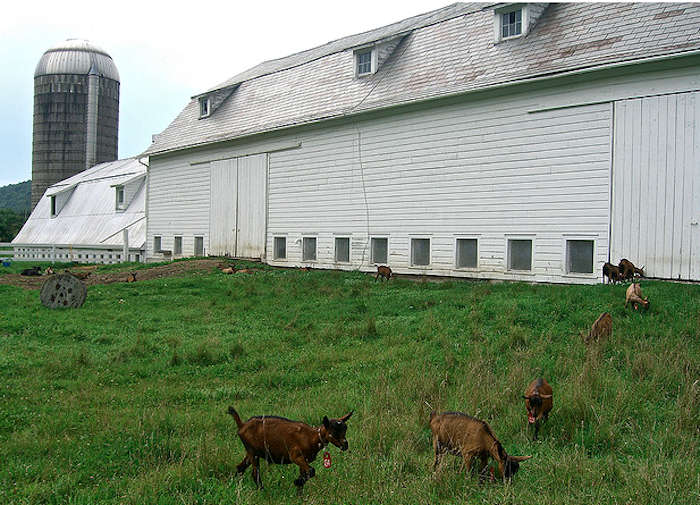 Above: Oberhasli goats feast on fertilizer-free grass and clover outside the main barn, rebuilt in 1921 after a fire destroyed the original 1834 structure.

Above: The cafe, open on weekends from Memorial to Labor Day, makes use of the farm’s fresh seasonal vegetables and eggs from the heirloom hens. Hikers and bikers pass through: a 30-mile rail trail edged by beech, oak, birch, and wild berries winds past the barns through the property. The farm has its own hour-long hike on marked trails too, with a tent pitched for anyone who wants to spend the night. 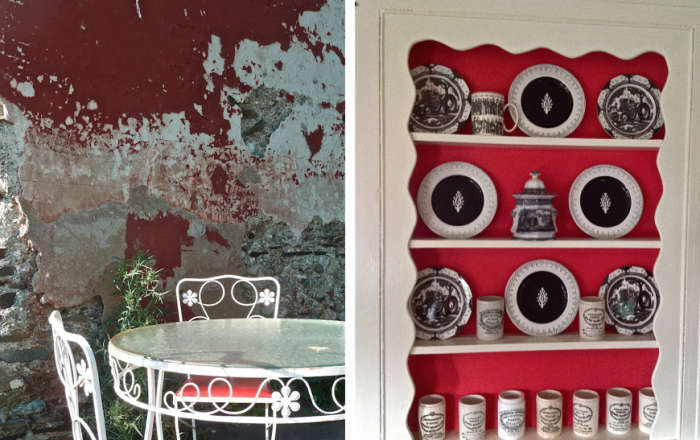 Above: A table on the cafe’s back patio, and a display of Angela’s collection of black-and-white china–antique Dundee marmalade jars and a prized set of tractor plates from her daughter Samantha. 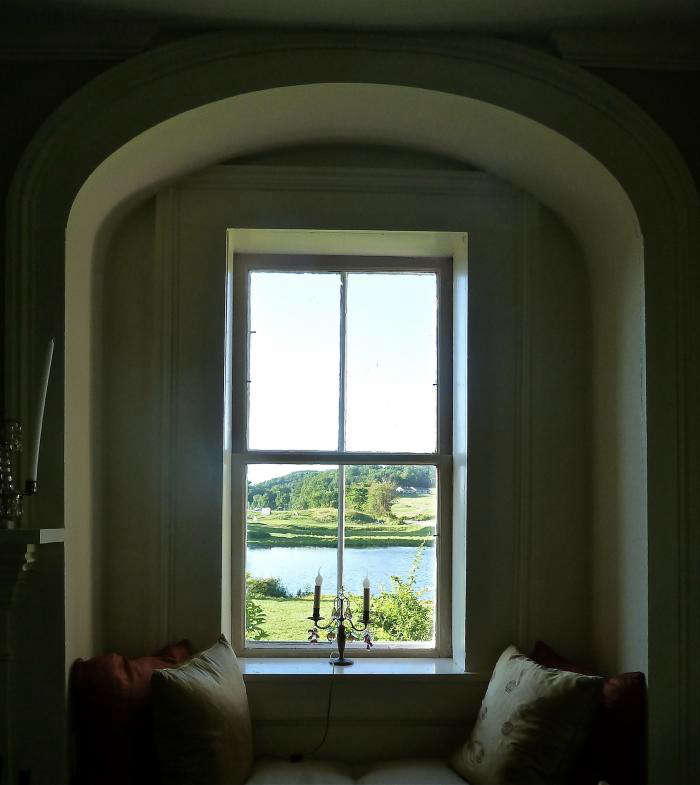 Above: One of a pair of window seats in the living room. Across the pond is their early 19th century clapboard colonial, available for weekend farm stays. 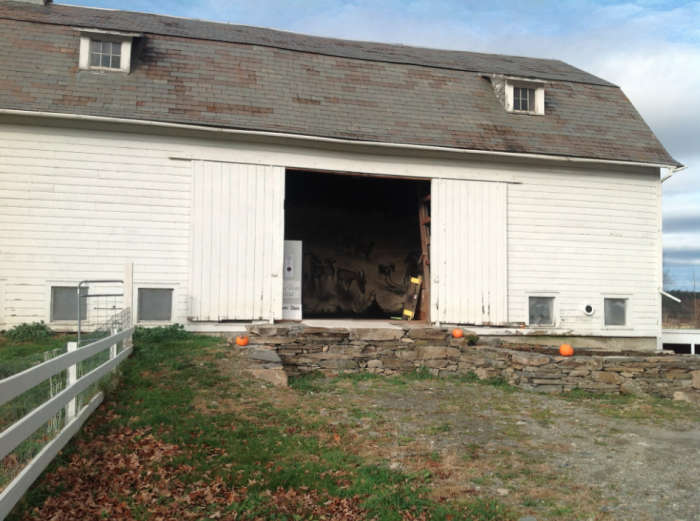 Above: Manchester wheels made from raw goats milk just out of the brine. The yellow Rupert wheels dry out before going to the caves. Made from raw cows’ milk, and collected from neighboring farms in a trade for hay and whey; partnerships are a satisfying aspect of the business, harking back to Consider Bardwell’s role as the first cheese-making cooperative in Vermont. 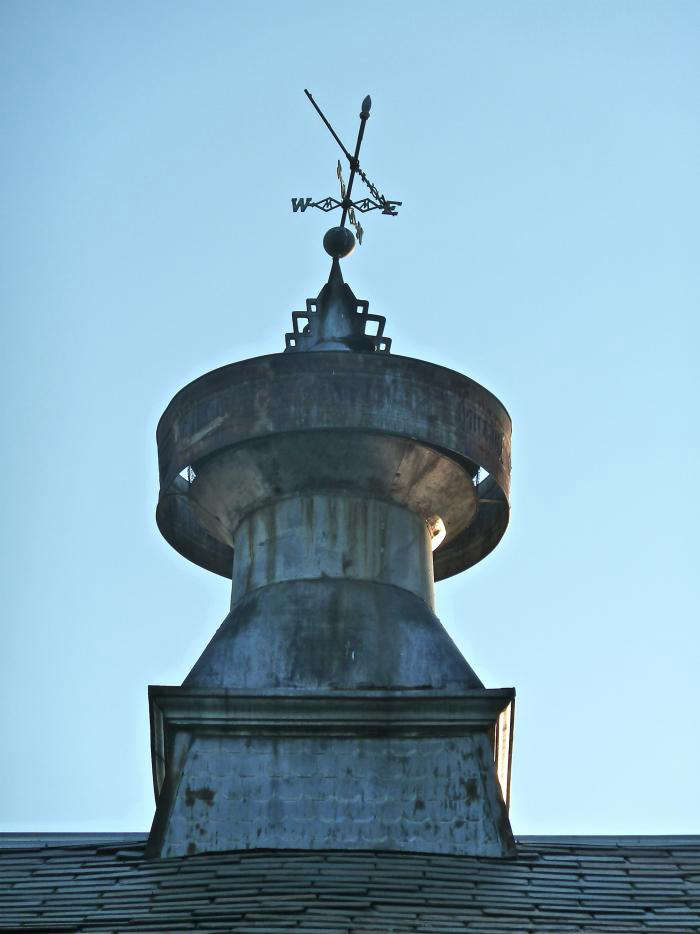 Above: The metal cupola stands sentinel. Its original function was as a ventilator to help hot air escape from the barn. 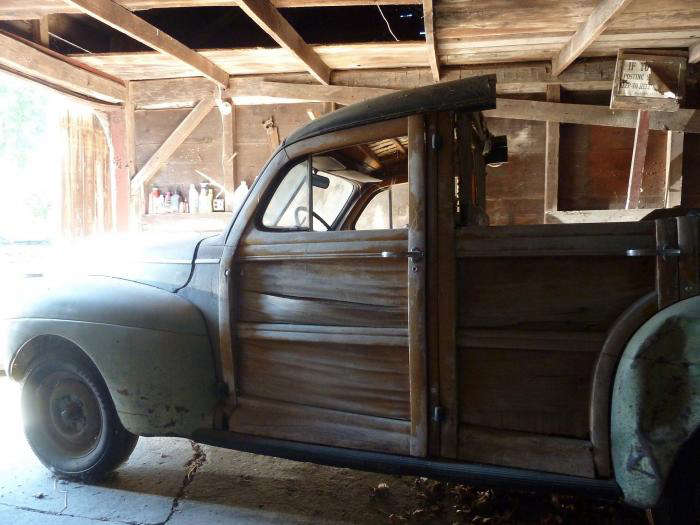 Above: This too shall be restored: a 1941 Ford with its original siding. Rescued from a Long Island barn, the Woodie had been neglected since WWII. 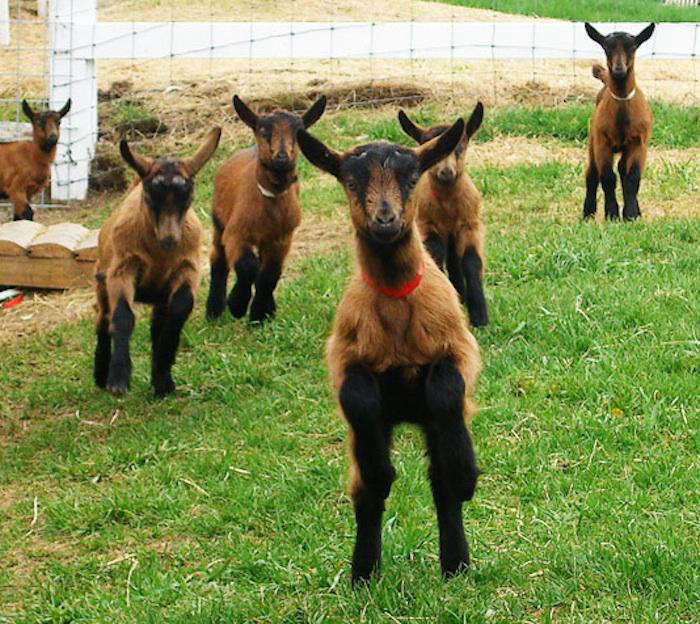 Above: Oberhasli kids in red collars are male. The breed originated in the French Alps. Photograph courtesy of Consider Bardwell Farm.