On a snowy day, photographer Justina Bilodeau dropped in for a visit on the old Dyer-Hutchinson farm in southern Maine (in operation since 1787) and found out where Christmas trees come from: 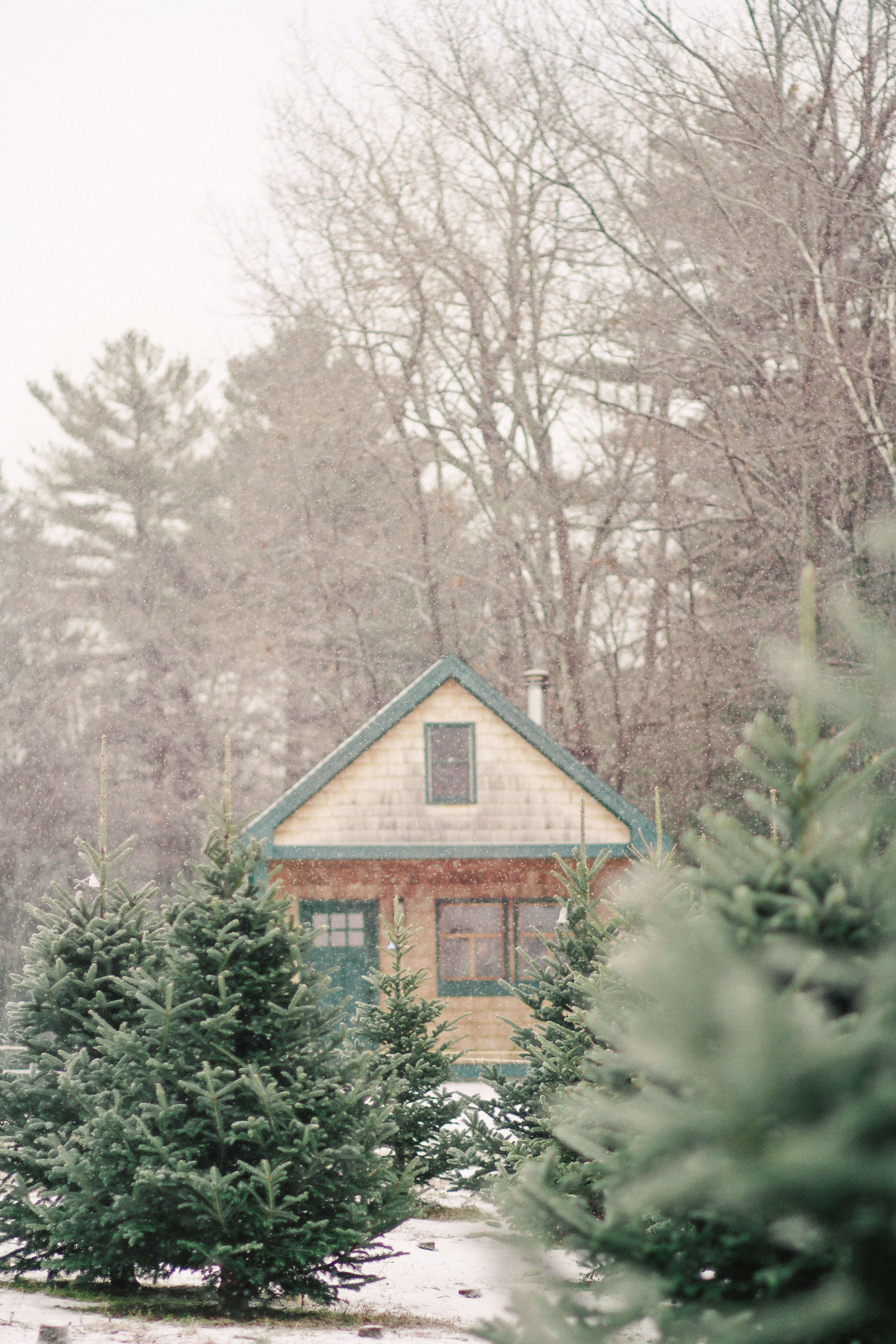 The Dyer-Hutchinson farm been in continuous operation ever since (and remained in the possession of a Hutchinson until 1991).  Owned today by the Cox family, The Old Farm Christmas Tree Place has for the past decade been growing cut-your-own balsam fir Christmas trees. 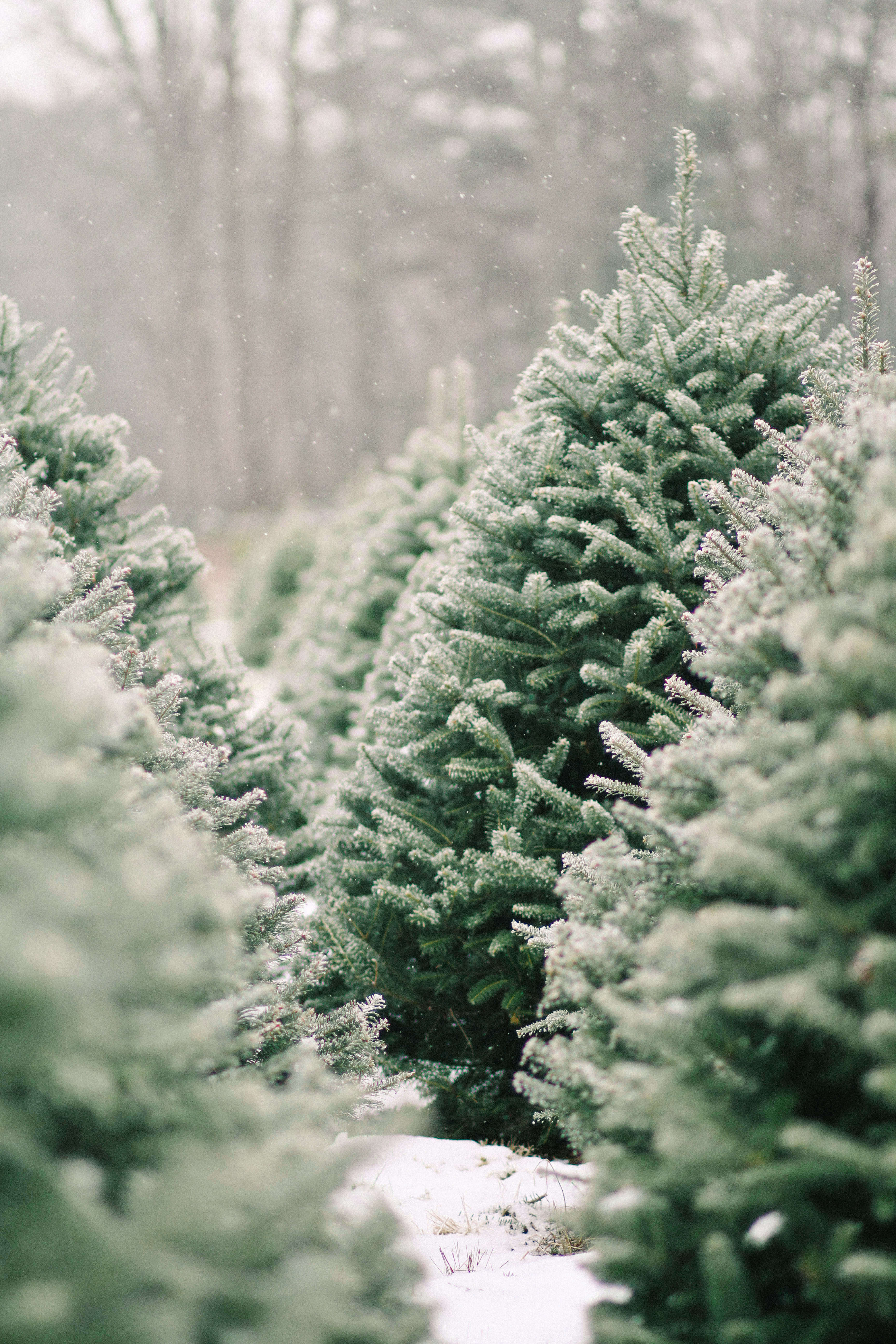 Above: It takes 12 years to grow a full-size Christmas tree. 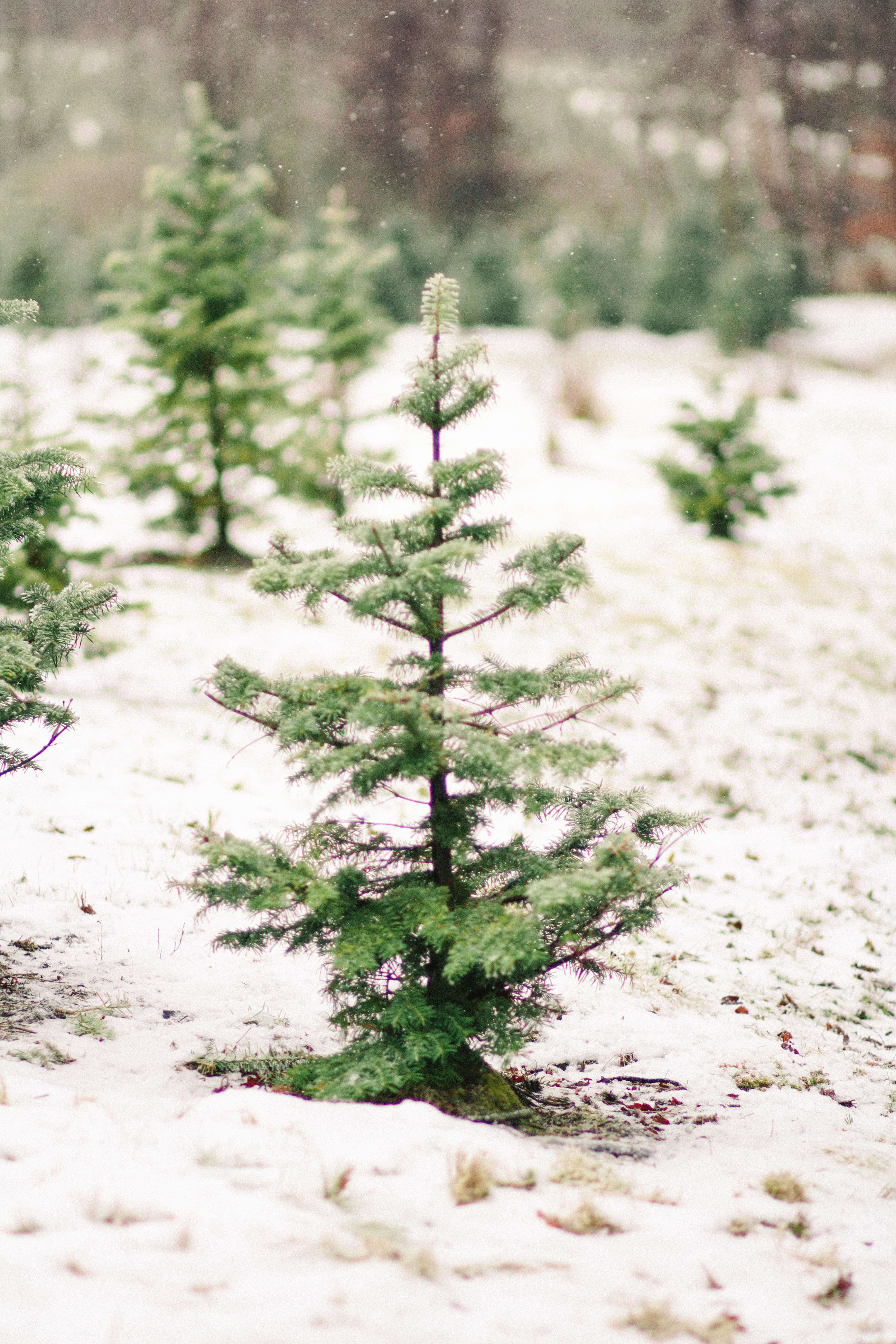 Above: Seedlings start life in a greenhouse; in year five, they are transplanted to farmland to mature for another seven years. 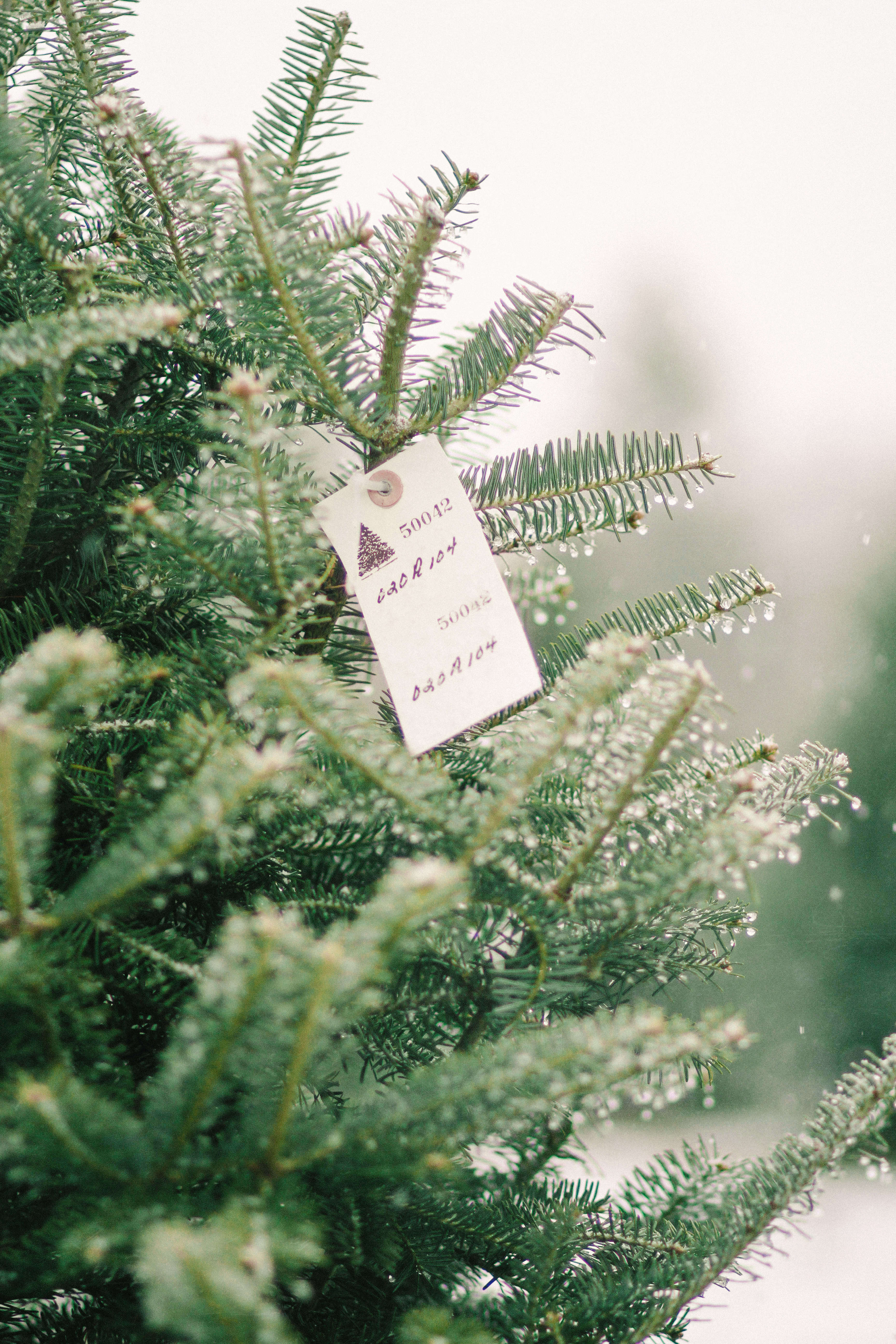 Above: Smaller trees are tagged red or blue depending on whether they’re meant for tabletop or a tiny living room. When it reaches a height of 7 feet, a tree graduates to a white tag. 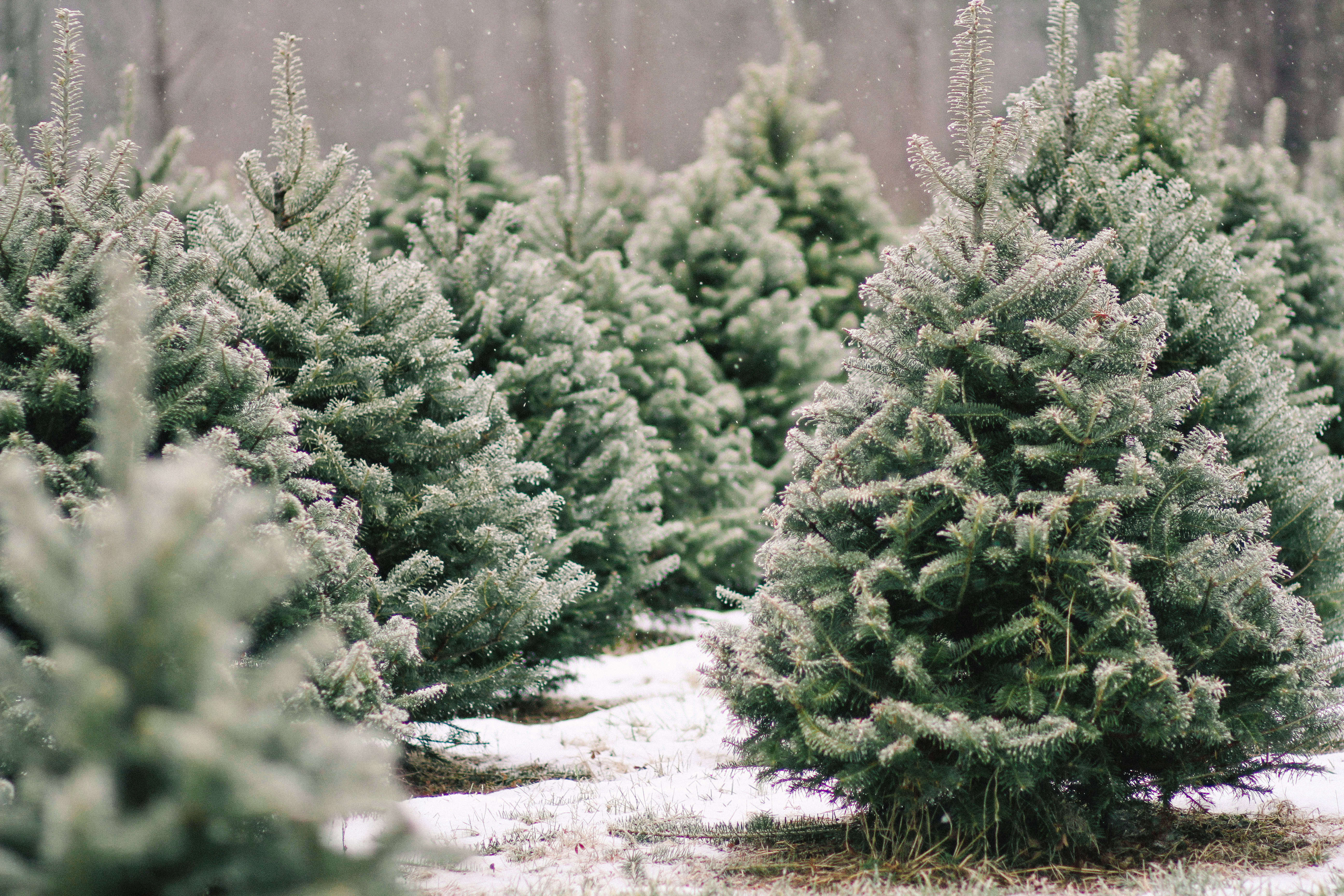 Above: “When a Christmas tree is cut, over half of its weight is water,” note the proprietors. The more water it retains, the longer it will stay fresh. 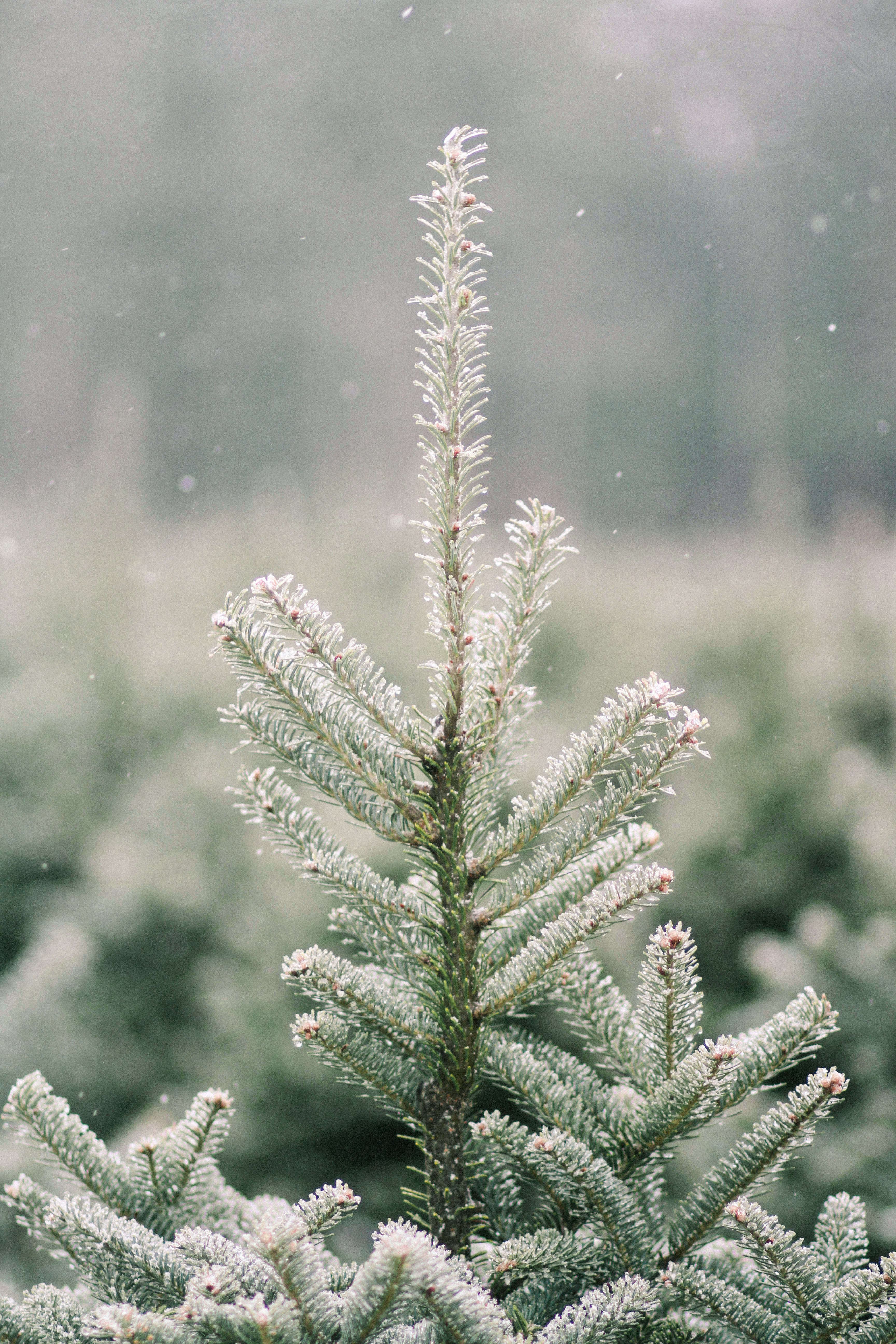 A tip: “Make a fresh cut to remove about a 1/2-inch thick disk of wood from the base of the trunk before putting the tree in the stand. Make the cut perpendicular to the stem axis. Don’t cut the trunk at an angle, or into a v-shape, which makes it far more difficult to hold the tree in the stand and also reduces the amount of water available to the tree.” 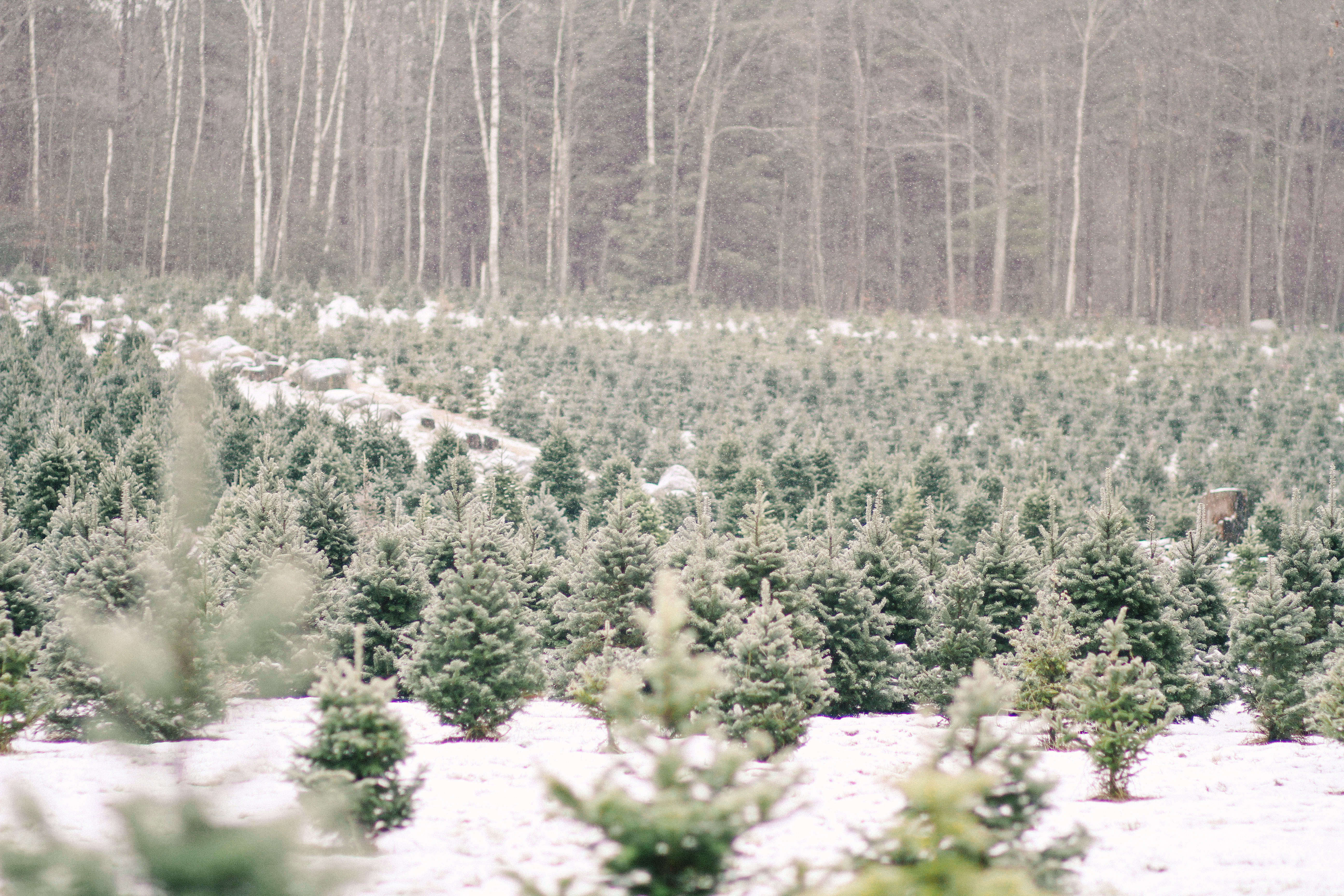 Above: As soon as you get a Christmas tree home, the proprietors say, you should “place the tree in water as soon as possible…Don’t bruise the cut surface or get it dirty.” 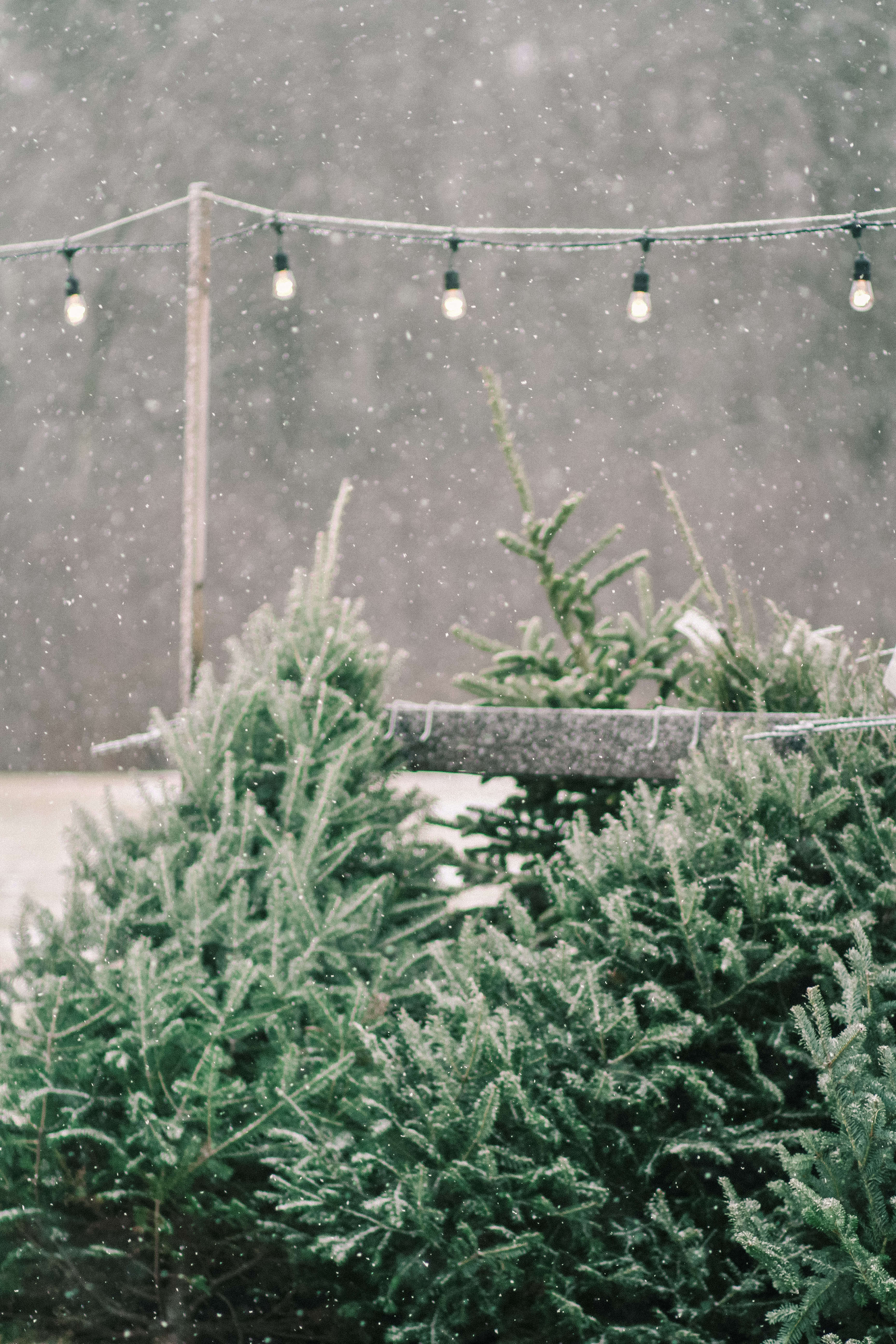 Above: Native to North America, a balsam fir (its Latin name is Abies Balsamea) is mainly grown nowadays as a Christmas tree. Its needles are flat, and curl up, 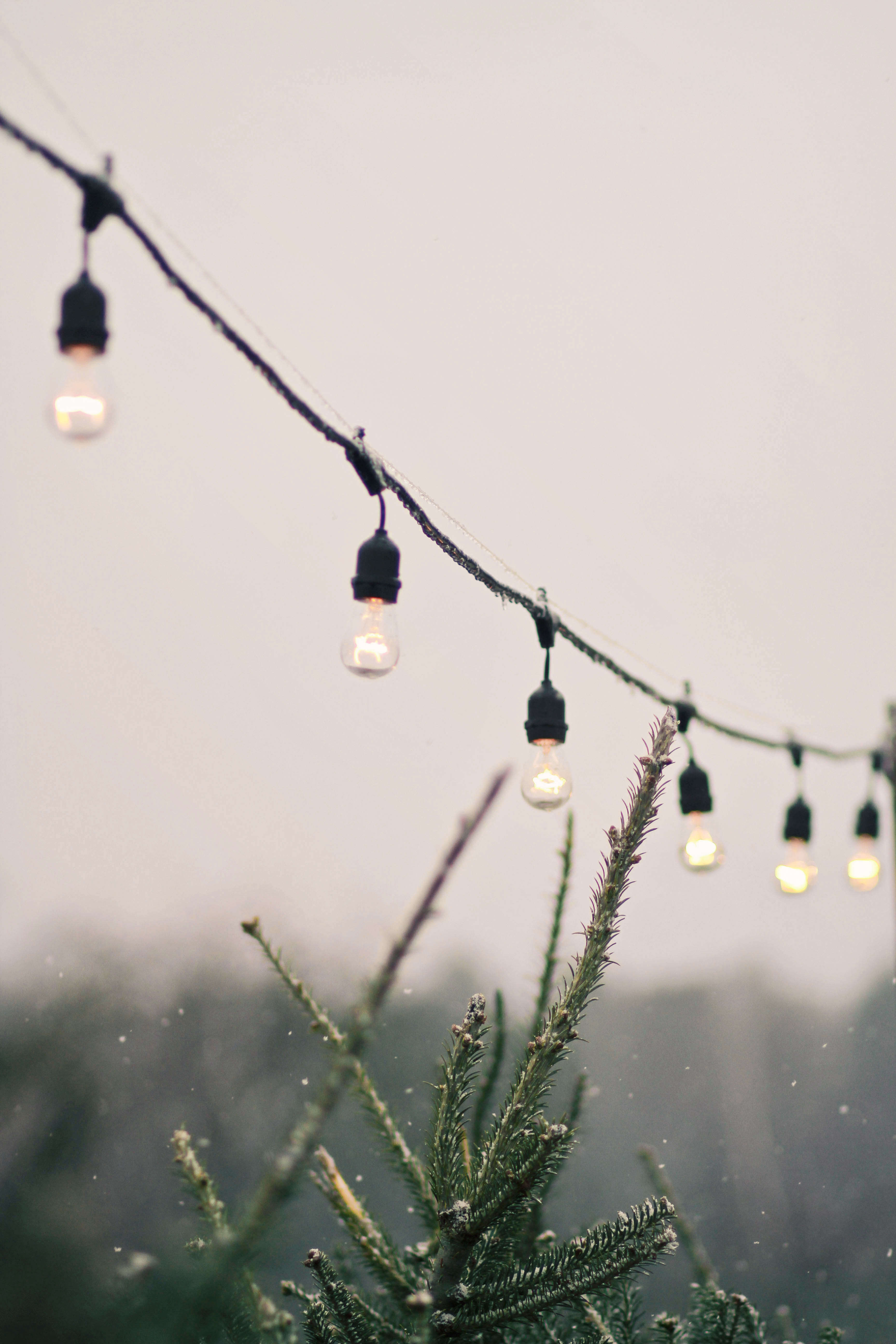 Above: Strings of cafe-style lights lend a festive air to the tree lot. 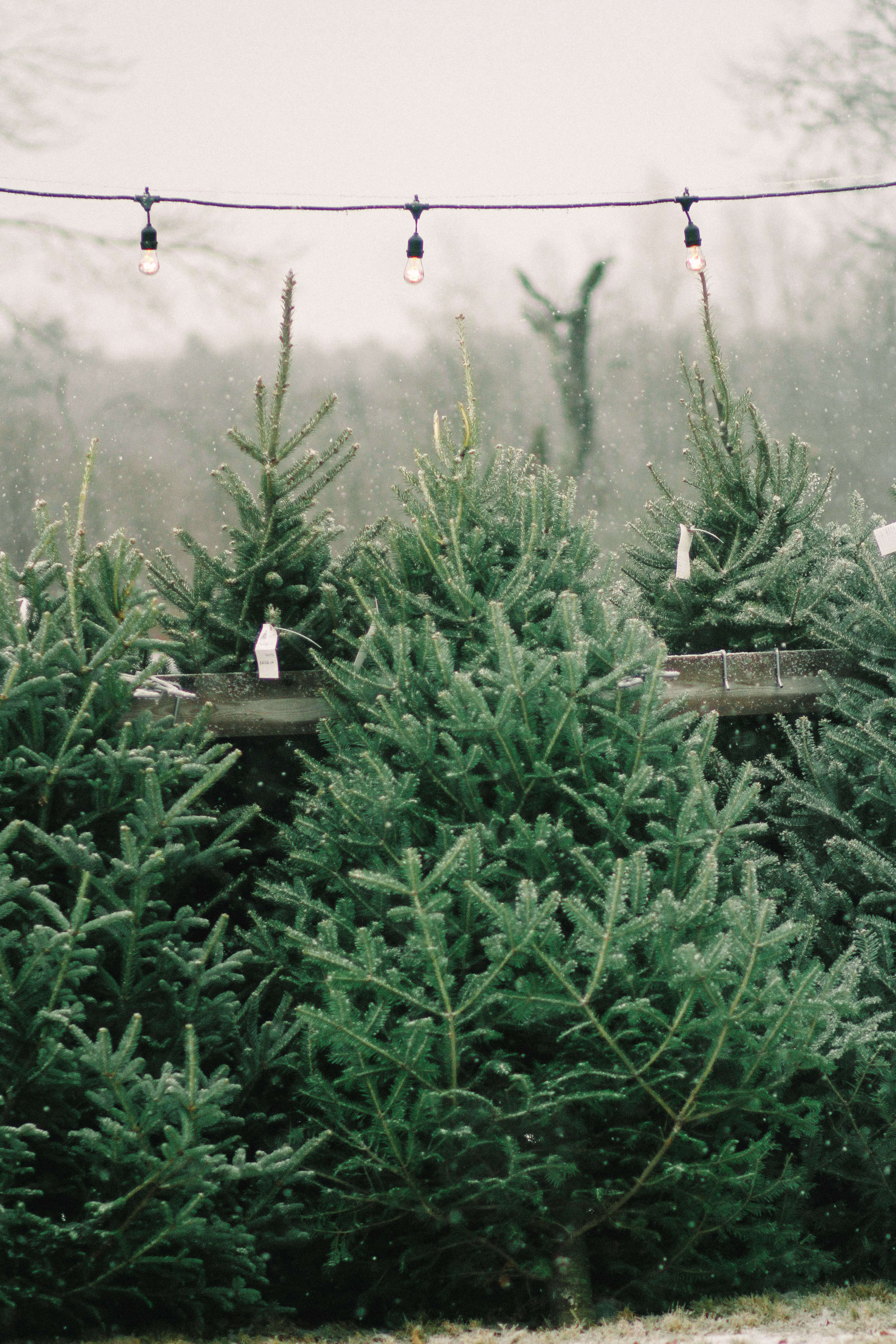 Above: Cut, stacked, and ready for delivery, 7-foot balsam firs lean against a fence. 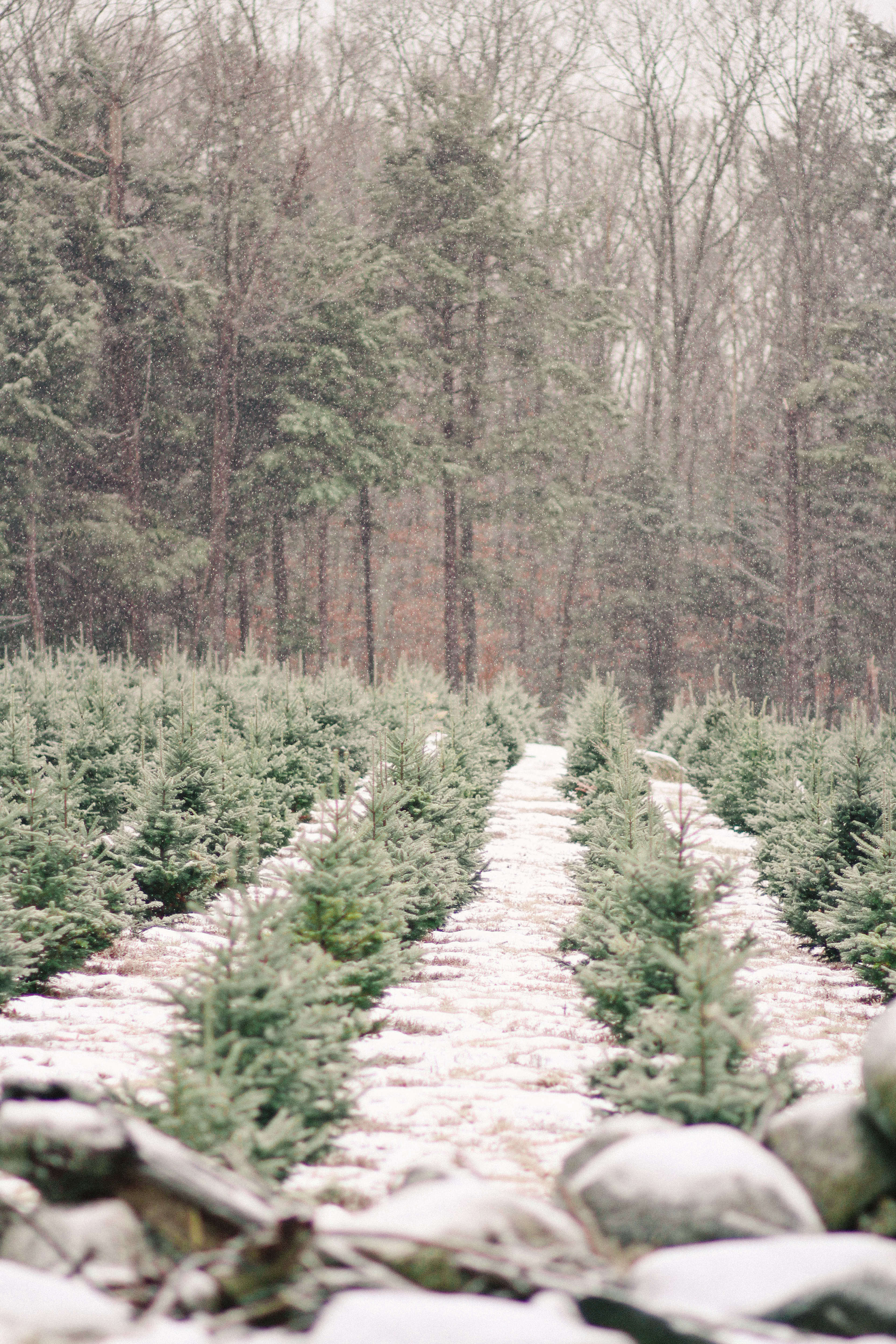 Above: Planting them in straight rows makes it easier to mow, fertilize, and shape the trees as they grow. 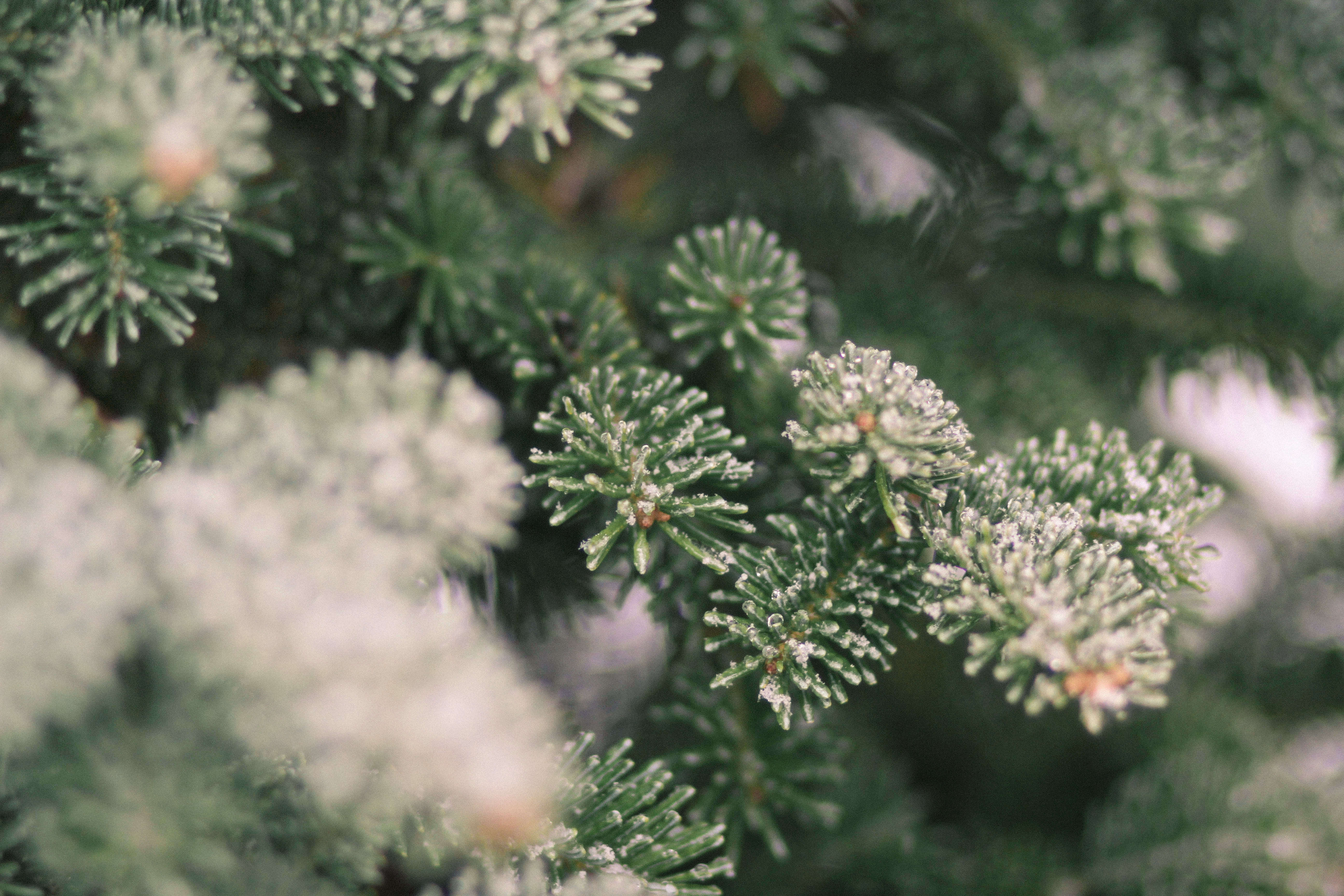 Above: Balsam firs have a strong, aromatic scent that fills a room. 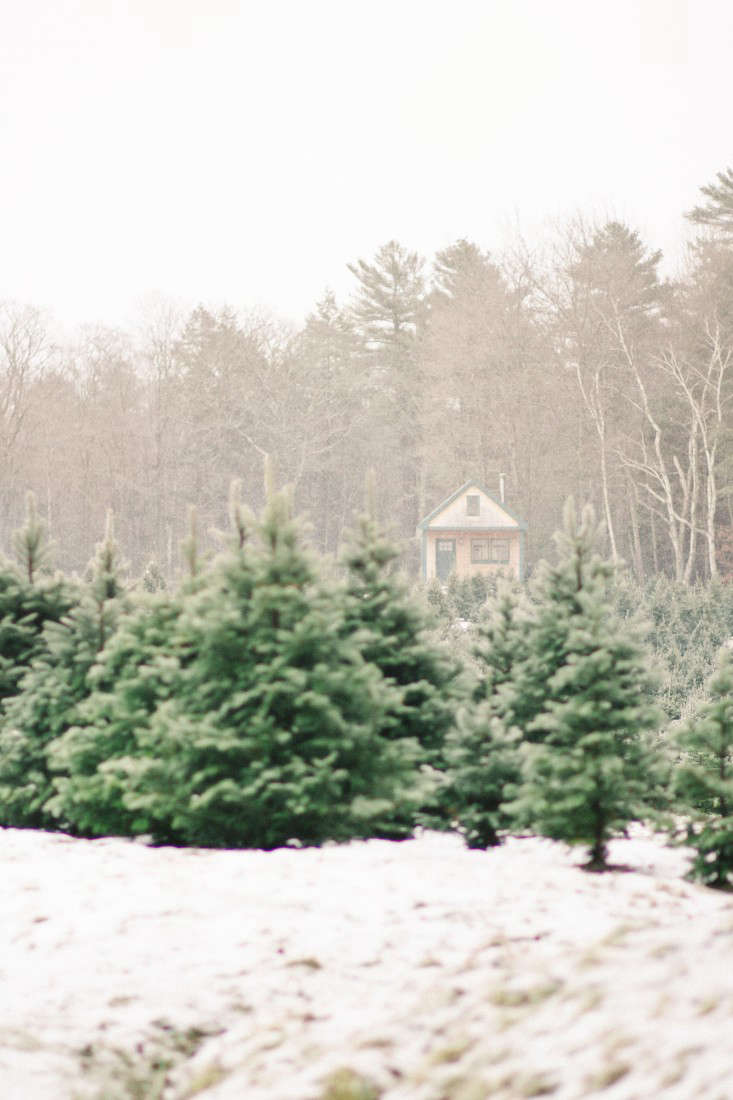 Wondering what kind of Christmas tree to buy? See:

The Well-Kept Woodpile: 10 Tips to Stack and Care for Firewood Outdoors